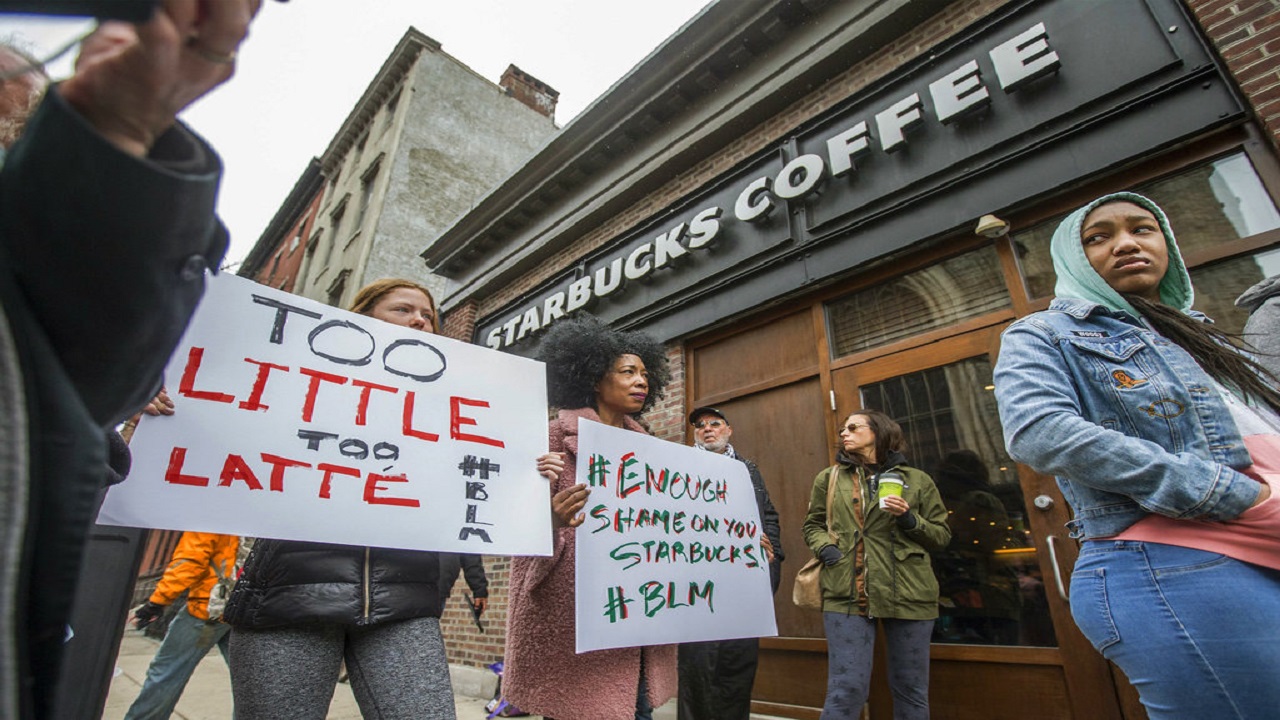 Two dozen protesters took over the Starbucks location where the arrests happened.

Philadelphia officials have wrapped up a meeting with Starbucks executives to discuss the arrests of two black men who were denied use of a store's bathroom and refused to leave.

Mayor Jim Kenney says he was pleased Starbucks executives traveled to his city on Monday to talk about what happened and "were very contrite." The Democratic mayor says they are going to make sure "this doesn't happen again."

Starbucks has said it wants to add training for store managers on "unconscious bias."

The two arrested men later were released without charges. Their arrests have drawn condemnation including by Starbucks CEO Kevin Johnson.

Police were called to the store after the men were denied use of the bathroom because they hadn't bought anything and refused to leave.

Johnson says he appreciates "the transparency and the spirit with which" Starbucks and the city are "working together."

The lawyer for the two black men arrested at a Philadelphia Starbucks store and later released without charges says he hopes "something productive for the community" can come out of their meeting with the company.

Attorney Stewart Cohen declined to identify the two men. A different attorney who had earlier represented them had described them as professionals in commercial real estate.

Starbucks CEO Kevin Johnson is in Philadelphia and has said he would like to meet with the men and city officials. Johnson has called the arrests "reprehensible."

Police summoned to the store Thursday were told the men had asked to use the store's restroom but were denied because they hadn't bought anything, and they refused to leave.

Asked if the incident was a case of racism, the Starbucks CEO responded: "Starbucks was built around the concept of a third place where we create a warm and welcoming environment for all customers. What I do know is that did not happen in this instance. And that is what we're focused on."

Two dozen protesters took over the Starbucks location where the arrests happened. The demonstrators stood by the counter chanting slogans like "Starbucks coffee is anti-black."