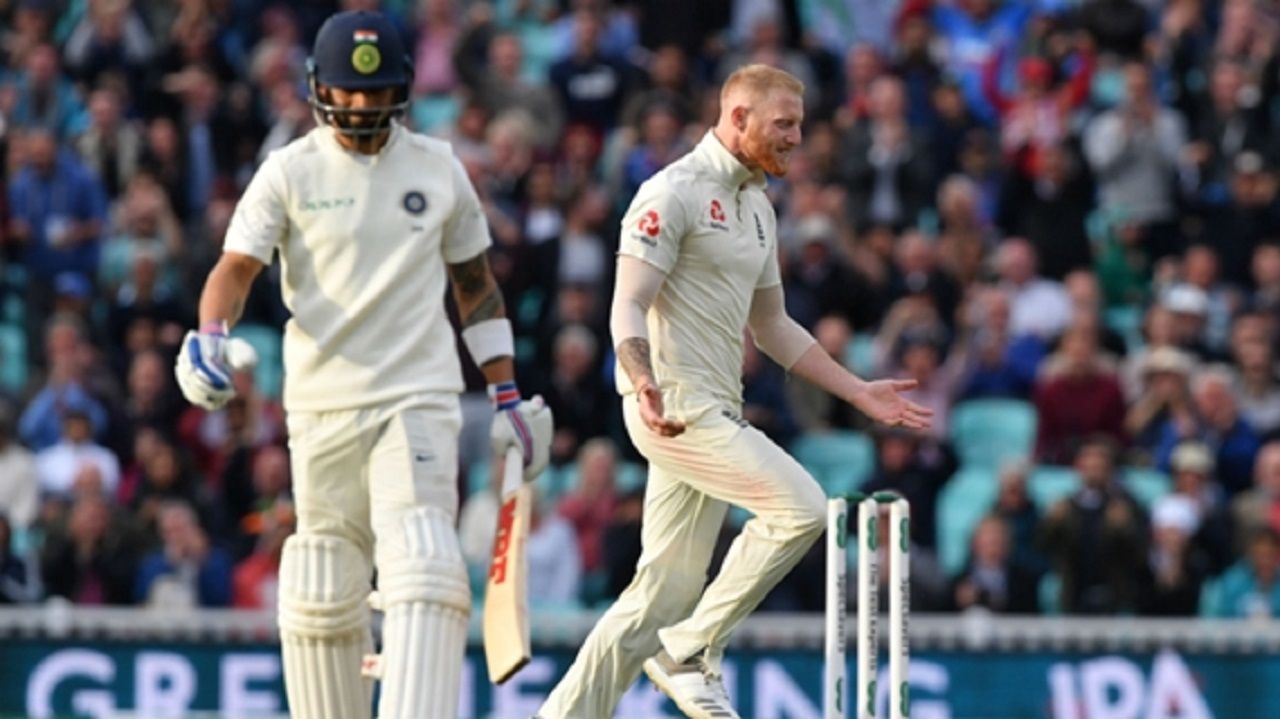 Ben Stokes struck two late blows – including grabbing the key wicket of Virat Kohli – as England seized control of the fifth Test against India on Saturday.

England had resumed in the morning on 198-7 at the Oval but some lower-order resistance in partnership with Jos Buttler – who top-scored in the innings with 89 on the day he turned 28 – saw them reach 332 before they were bowled out after lunch.

India at one stage reached 70-1 in reply but, like their opponents 24 hours earlier, found life tough in the final session, losing five wickets as they slumped to 174-6 by the close of play.

James Anderson claimed two wickets to take his career tally to 561, meaning he needs just three more to overtake Glenn McGrath and become the most successful non-spin bowler in the format.

The Lancastrian dismissed both Cheteshwar Pujara – who resisted for 101 deliveries before edging behind on 37 - and Ajinkya Rahane, though a strong lbw shout against Kohli fell on deaf ears when umpire Kumar Dharmasena turned down the appeal, with a review failing to overturn the on-field call.

While Anderson aired his frustration, leading to a talking-to from Dharmasena, Stokes was delighted to make the crucial breakthrough late on Saturday.

Stokes also dismissed Rishabh Pant for five but Hanuma Vihari survived through to stumps, the debutant using a review to overturn an lbw decision as he ended up unbeaten on 25 alongside Ravindra Jadeja, who was eight not out.

Not for the first time in the five-match series, India had allowed England's lower order to score crucial runs, with the last three wickets adding 151.

Adil Rashid fell lbw to Jasprit Bumrah for 15 but that was the solitary breakthrough in the morning, Stuart Broad frustrating the tourists as he combined with Buttler to put on a 98-run partnership.

A fine catch by KL Rahul – who had to run back from mid-on before diving to grab the ball – ended Broad's fun on 38, with birthday boy Buttler using the fall of the ninth wicket as the signal to cut loose.

The right-handed batsman hit Bumrah for two sixes before becoming the final wicket to fall, Rahul taking another catch, this time in more straightforward fashion at slip, to give Jadeja his fourth wicket of the innings.