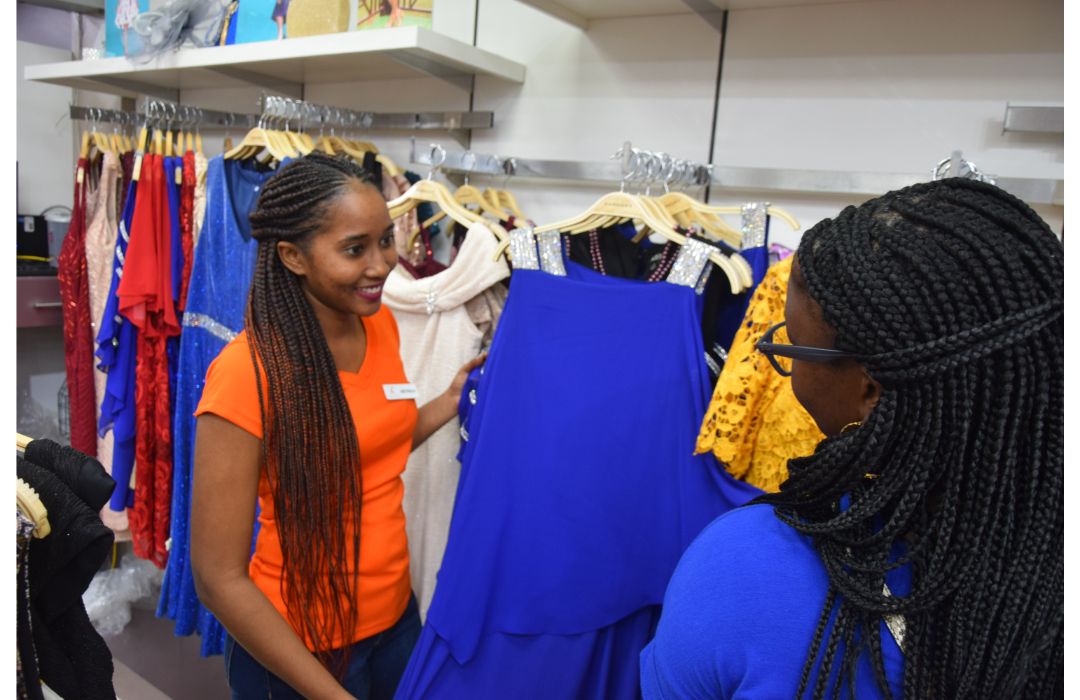 It's nine shopping days before Christmas but the festive spirit is somewhat amiss in the island’s capital. However, Bridgetown merchants are keeping their fingers crossed that there will be a last week rush before Christmas Day.

Store Manager of Abeds Swan Street location, Suzette Layne, reported there has been a steady flow of customers visiting the popular retail store, especially the Home World section. She stated that customers were arriving in their droves looking for “knick-knacks” to spruce up their homes for the holidays but thus far the top earners were curtains and cover sets.

“Initially things were a little quiet but people are actually now picking up and things are looking much better,” Layne said. 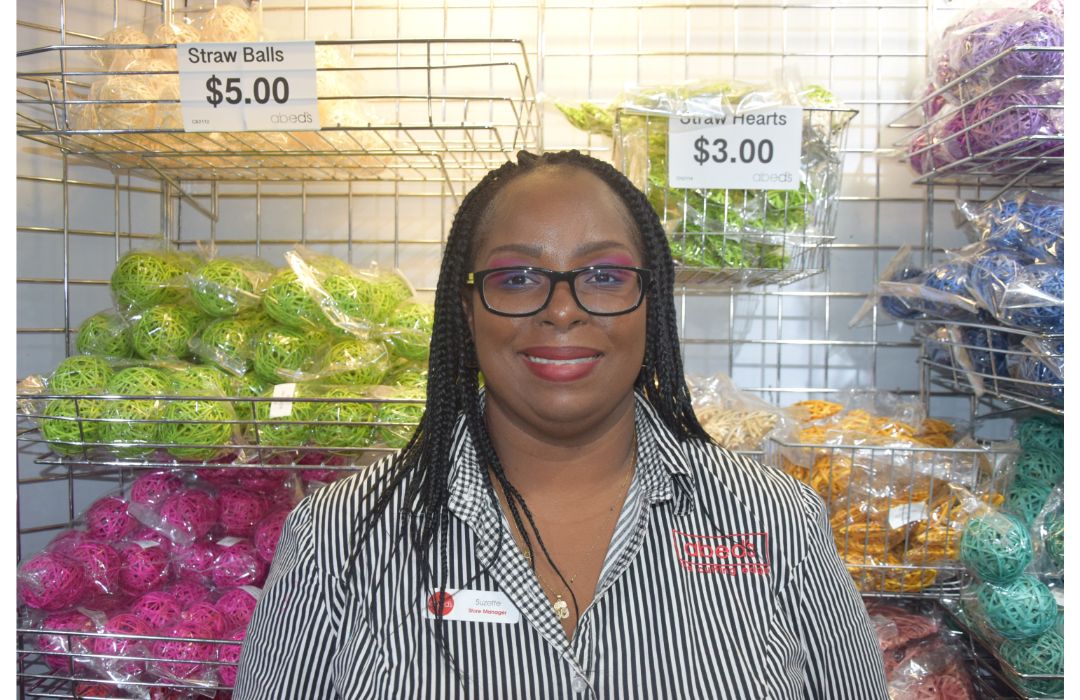 “Bajans are a last-minute people so for a lot of people they don’t feel Christmas unless they are actually in that rush or crazy crowd and stressed out,” she added.

Dolores Haynes, the office assistant of Sewing World also had high expectations for the last week of Christmas. The anticipation for the holidays could be seen in the store as customers gathered to look at home furnishings and floral decorations. Hayne revealed that thus far, Bridgetown shoppers have been “shopping cautiously” and closely monitoring their finances.

“Next week might be rushed because some Bajans just like last-minute shopping. If they don’t feel it's dwindling they don’t think it is Christmas.” 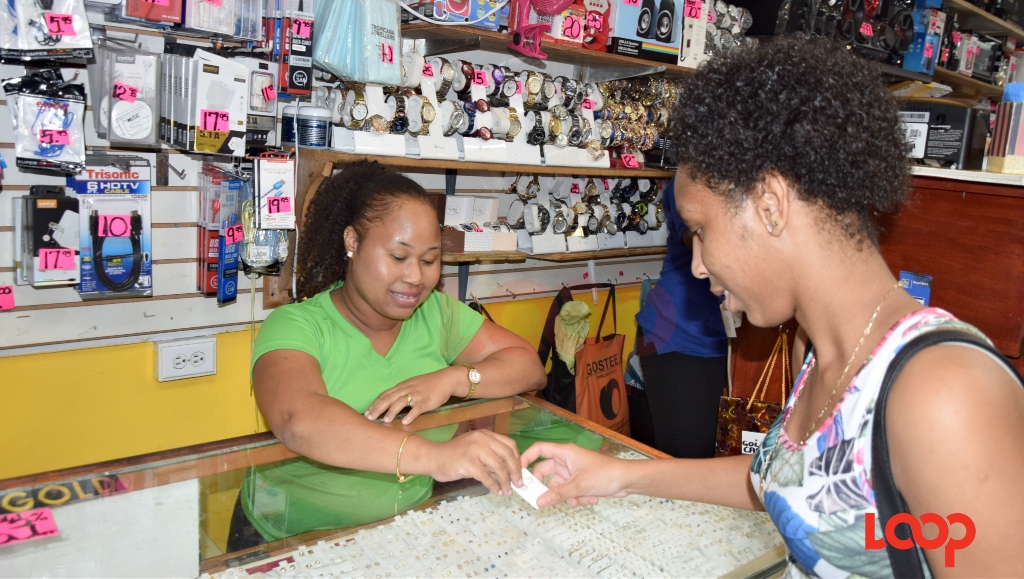 Photo caption: Dacia Moore, Store Manager of Tropicana Jewellers shows a female customer some of the studs on display.

It was a festive atmosphere over by popular clothing retailer, Harmony, as staff busily catered the females who congregated in store, some window shopping for their Christmas Day outfits and others making purchases.

Owner, Chandru Thani said that sales have been going well for the Harmony stores this Christmas, both Swan Street and Sheraton Mall. He indicated that Barbadians were sparing no expense to look their best for Christmas Day.

“It has been going well and it is picking up every day as things get closer to Christmas. As the days get closer we will get busier and I think when people get paid as well close to the end of the month things will get busy,” Thani shared.

Poonam Uttamchandani, chief executive manager of Tropicana Jewellers, said that with ten days left until Christmas Day, the store has seen a “constant” flow of customers.

“Shoppers are definitely being cautious but they are also coming to look, they are checking prices, they are being realistic this year, however, I do anticipate that in the last week, they will do what Barbadians always do – shop at the last minute.”

Store Manager, Dacia Moore noted that the establishment saw an increase with the ending of the school term.

“We found that since the kids came out of school, traffic has picked up a lot,” she pointed out.

But one Bridgetown retailer, who requested anonymity told Loop News that this year’s Christmas sales before the last week rush were sparse in comparison to 2018. The retailer expressed he anticipated and hoped things would improve by next week.