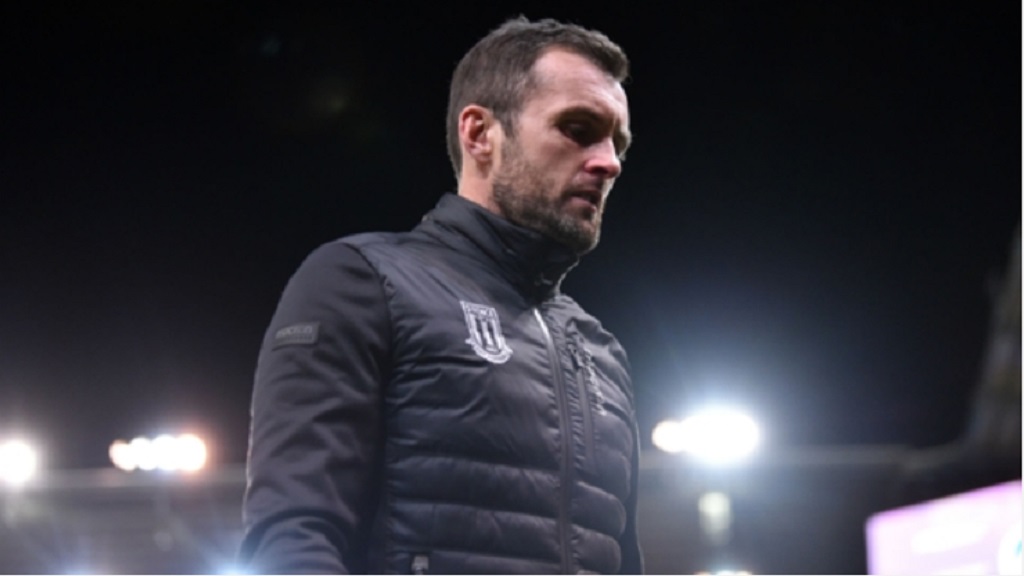 Nathan Jones, who has been sacked by Stoke City.

Stoke City have sacked manager Nathan Jones with the club second-bottom of the Championship.

Jones succeeded Gary Rowett at the bet365 Stadium in January after excelling in England's lower leagues with Luton Town.

However, having taken over a side that was already falling short of expectations following its relegation from the Premier League in 2018, the Welshman oversaw a continued decline as Stoke won just five of their 34 Championship fixtures under his management.

The Potters' form this season has been dire and, although they won back-to-back games against Swansea City and Fulham last month to briefly spark hopes of a turnaround, defeats in their past two matches against Sheffield Wednesday and Millwall mean they are four points from safety with eight points from 14 games.

Stoke, who host Championship leaders West Brom on Monday, thanked Jones for his efforts in a club statement confirming his departure, along with assistant manager Paul Hart and first-team coach Joaquin Gomez.

Jones added: "I would like to thank John and Peter Coates [Stoke's vice-chairman and chairman], firstly for the opportunity to manage this football club and then for the continued support and patience throughout my time here. I would also like to thank the supporters for their fantastic support. Finally, I wish the club the very best for the future."

Former Stoke midfielders Rory Delap and Kevin Russell have been placed in caretaker charge of first-team affairs along with goalkeeper coach Andy Quy, with the club eager to name a permanent manager "as swiftly as possible".

EPL ROUND UP: Tottenham whip Stoke 5-1; Burnley back to winning ways