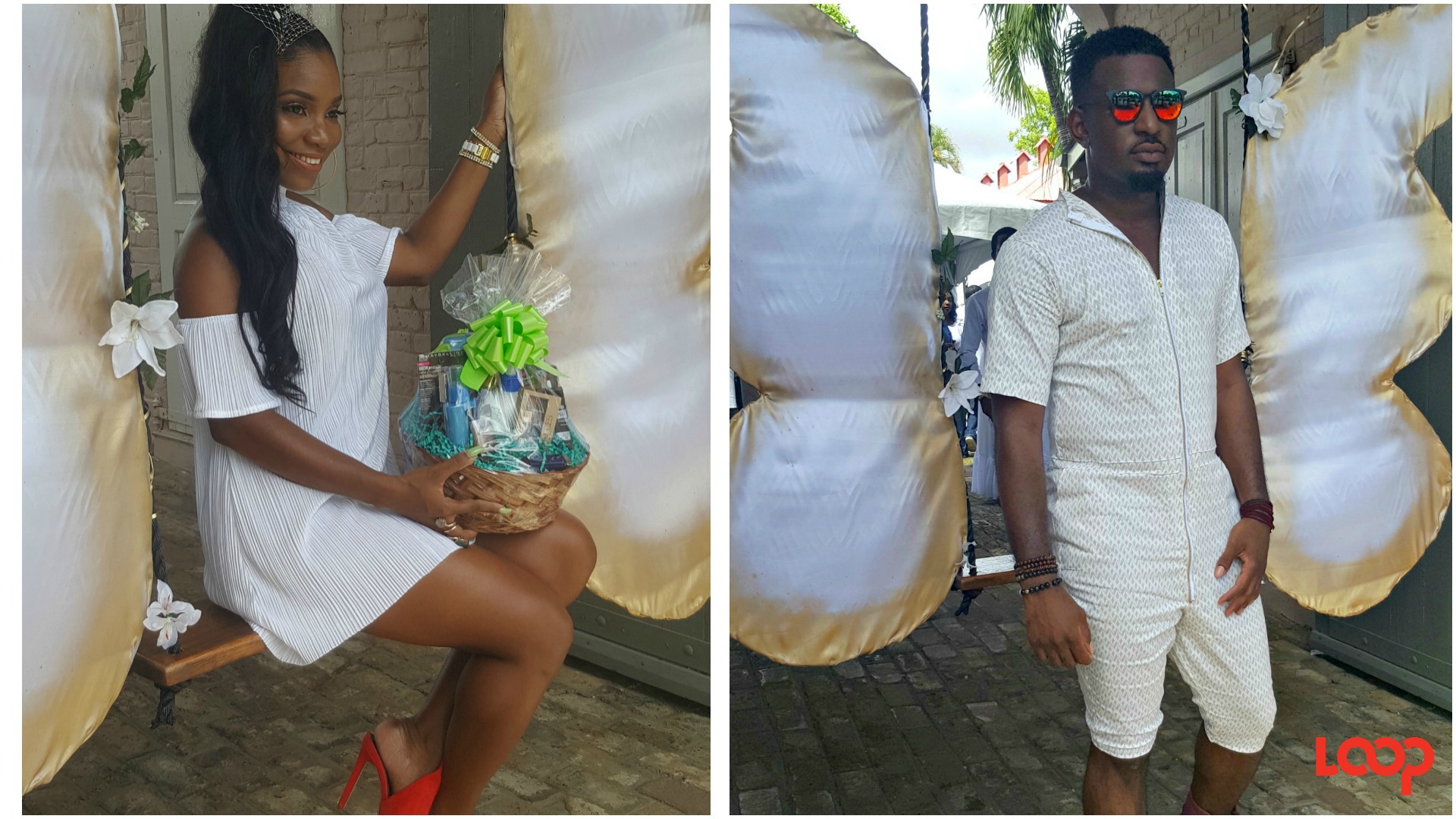 Twenty-four designers and their models may have slayed on the Maybelline catwalk, but there was just as much fashion and style off the runway, on the grass and cobblestones, too.

Attendees to the Pompasette Brunch Party at the Barbados Museum showed up to show-off and even show out, with many adhering to the all white, blanc theme, while others added a twist or just ignored the concept altogether and did their own colourful thing.

Walking away with the title of Best Dressed Male was Kevon Henry in his romphim and boots, and the Best Dressed Female was Bonita Applebum, as she’s called. She upped her look with red shoes.

Not the typical Crop Over event, Pompasette’s brunch party is no fete, but that didn’t stop friends and family from having a grand time. Laughter was in the air and there was much applause as designer after designer presented their Spring and Summer 2017 collections.

Toni Thorne, Curator said that she was happy to see 24 designers showcase including designers from St. Vincent and the Grenadines and Trinidad and Tobago as well as Barbados.

Standing on the sidelines as patrons mixed and mingled for a good cause because proceeds go to Variety – the Children’s Charity, Thorne, who is also the new Vice Chief Barker (Vice President) of Variety, the Barbados Tent, told Loop:

“I feel great. We have doubled our numbers.”

Emphasisng that the fun family-affair which saw from a two-month-old baby up to the stylish fashionista granny in attendance, is “not a fete”, she was just awed at the fact that the brunch is growing tremendously on its own merit.

Looking at a lost for words when asked why she thinks it has grown so much so quickly, in unusual fashion, she stammered, “Honestly, I sincerely mean this, I really don’t know. I, I, I don’t know. I aint know. I think people realise it’s a good cause. It’s just a nice thing to come to, I guess…and we showcasing 24 designers.”

Last year, the Pompasette Brunch Party raised some $3 000 for Variety.

With “all the money” set to go Variety, Thorne said that last year the funds were used to help the special needs class at Hilda Skeene Primary School, but “we’re hoping this time to donate to two schools”, however she admitted, “with more people come more expenses. They [Sponsors] may give you a bly the first year but the second year you have to pay.”

That said she was most grateful to the sponsors Mount Gay, Ciroc, Stag, Brydens, Wibisco, Amir’s Chicken, Cost-U-Less and Pine Hill Dairy and then she said a major thank-you to all the Grand Kadooment bands, some fete promoters and other businesses in the entertainment industry which hosted tables at the brunch as well.

Besides the fashion, the butterfly swing that greeted patrons was a huge hit. Thorne said it was a drawing she had done which singer Amasing Dré and Sabrina Lee collaborated and brought to life. The glitter and some other finishing touches were added by members of the team as they all wanted the first impression received by entrants to the 2017 Pompasette Brunch Party to be – WOW!

From St. Vincent it was Peta Odini, Kimon Baptiste and Made by Soka.

Sunglasses provided by Sun Collection and Sweetheart sandals were also paired with many of the designs on the day to outfit models from head to toe on the catwalk.

Aura Experience ready for Crop Over 2017