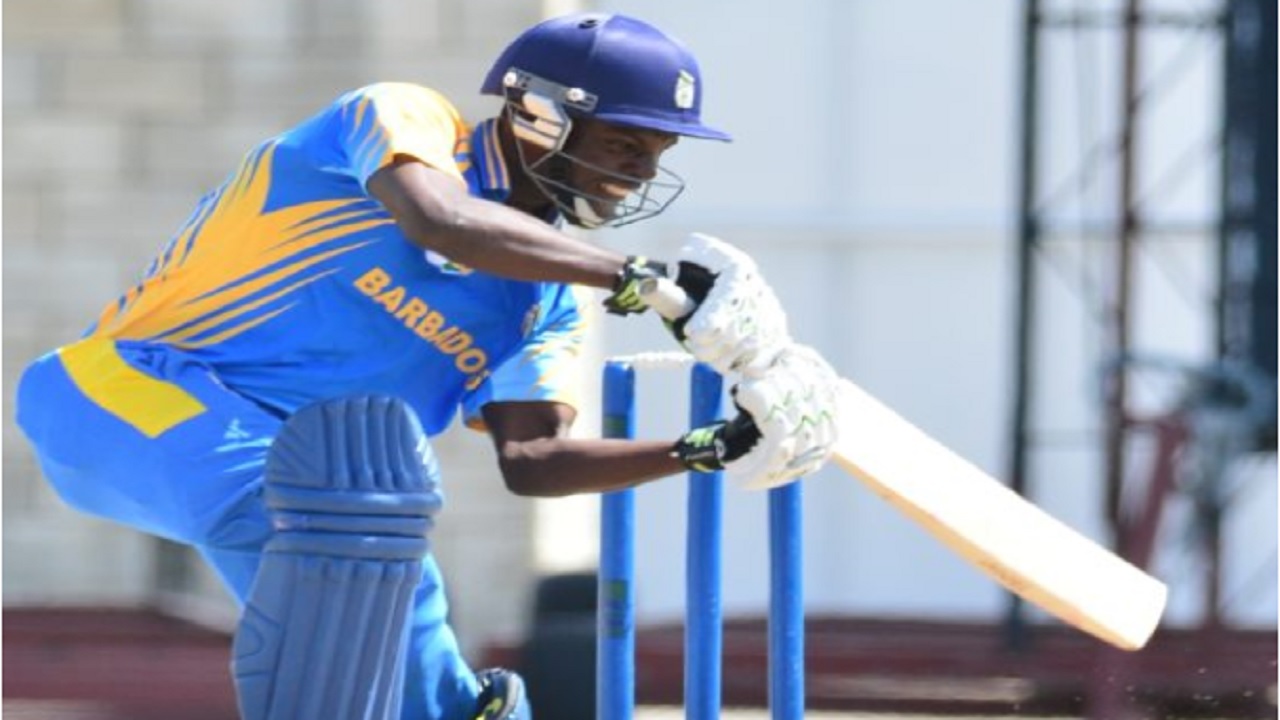 The Pride and the Red Force are not playing games.

The English are here! The English are HERE! This was no invasion though as the Hampshire CCC faced off against the Barbados Pride at the 3WS Oval February 1st 2018.

The Pride won the toss and invited the visitors to bat first. They got off to slow start, having lost 3 wickets inside the first 15 overs. Sean Ervine and Joe Weatherly held their nerve and steadied the innings by adding 112 runs for the 4th wicket. Ervine who topped scored with 63 was C&B by Roston Chase. His partner Weatherly, followed shortly after in the next over.  Bradley Taylor came to the crease. Himself along with Lewis McManus, had a valuable 48-run partnership which helped Hampshire CCC to 227/7 in their allotted 50 overs.

Miguel Cummins was effective with the ball yet again taking 3 for 27.

The Pride came to the middle and the opening pair were removed inside the 1st 10 overs. Shai Hope added 34 to the scorecard before he departed. Hampshire CCC had the Barbados Pride 63-3 in 25.2 overs.

Hampshire CCC bowling had no major fireworks as Fidel Edwards, Bradley Wheal and Christopher Wood each had one wicket apiece.

The Pride continue their mission to retain the championship by defeating Hampshire CCC by 7 wickets.

The Marooners took fate into their own hands as they won the toss and elected to field first. They went out to the middle but you could barely recognize that they were setting a total. The scorecard resembled a lottery draw as no player scored more than 35 runs. Ryan Hinds topped scored with 32 off 19 balls. Sunil Narine was responsible for this massive collapse as he bagged a Five- fer for 10 runs at an economy rate of 1.3. Sheldon Cottrell and Khary Pierre cleaned up the rest of the Marooners line up with Cottrell taking three for 40 and Pierre two for 15.

T&T Red Force wasted no time and treated the 101 posted by the Marooners CCC like batting practice as they raced to victory in 11.2 overs. Evin Lewis was the highlight of T&T innings with his 70*off 41 balls.

The Red Force were back with a vengeance as they defeated the Marooners by 9 wickets.

Super50 First Week at a glance