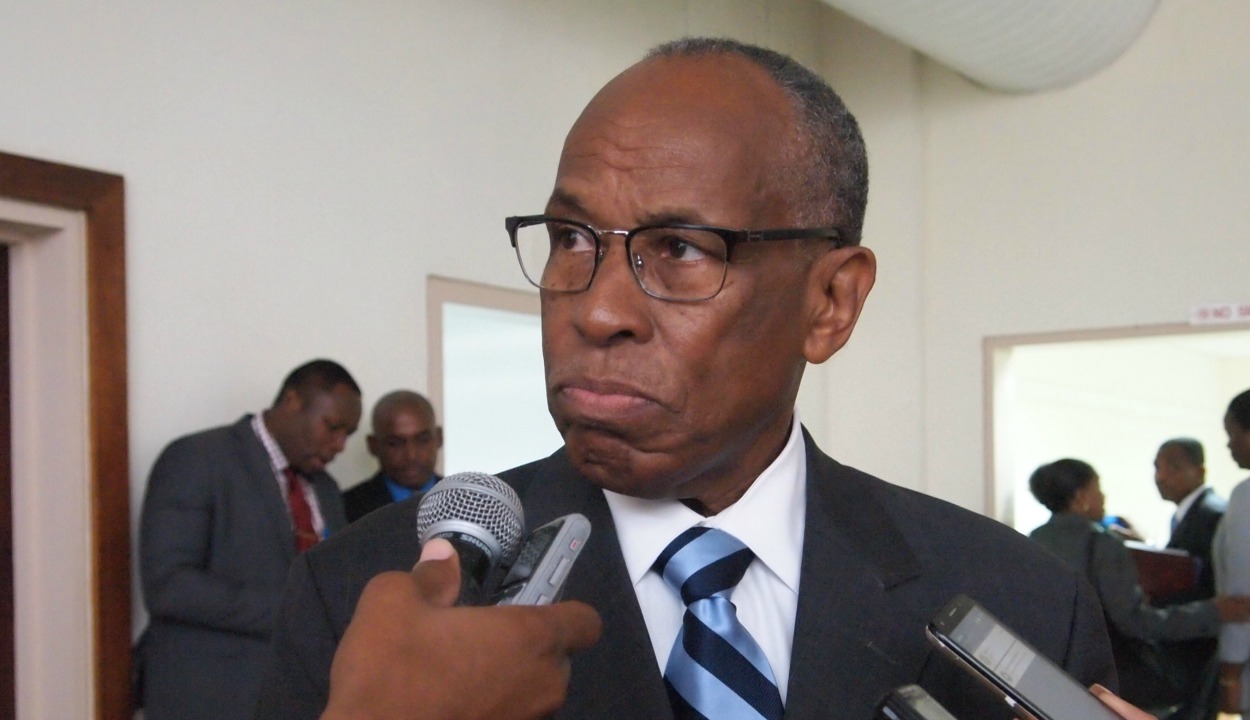 Sir Louis Straker, Foreign Minister of St. Vincent and the Grenadines and Outgoing Chair of the Council for Foreign and Community Relations (COFCOR)

One foreign Minister is calling on CARICOM member states to throw their support behind Venezuela.

President Nicolas Maduro has been under immense pressure from the Opposition to call elections in the midst of violent streets protests which have left close to 35 people dead and many more injured.

Sir Louis Straker, Minister of Foreign Affairs in St. Vincent and the Grenadines weighed in on the situation occurring in the country during the Twentieth Meeting of the Council for Foreign Relations and Community Relations (COFCOR) at the Lloyd Erskine Sandiford Centre last Thursday. COFCOR’s meeting brings together delegates and Foreign Ministers from CARICOM members states for a two-day conference to discuss issues pertinent to regional foreign policy.

Speaking to local media on the sidelines of the conference, Sir Louis said he believes the majority of countries in the region will support Venezuela as the goal is peace and stability. While accusing some powers of wanting to "stir up strife" in Venezuela, he said most member states, especially St. Vincent, are backing the country.

“No amount of pressure can be brought on St. Vincent and the Grenadines or on CARICOM. There may be one or two countries, but overwhelmingly CARICOM is in support of Venezuela.”

In rationalising his stance, Sir Louis said Venezuela has been ‘very good’ to the region through the Petro-Caribe agreement and the Argyle International Airport, recently opened in St. Vincent owed its existence to the Venezuelan government.

“Had it not been for Venezuela and Cuba and Taiwan we would not have achieved that at a time when there was a financial meltdown and economic hardships, when concessionary financing is hard to come by. But Venezuela stood by us for the betterment of our people and we cannot let Venezuela down.”

He also said Venezuela has done more for CARICOM member states than other international countries as they ‘share its oil wealth with us’. Without calling any names, Sir Louis charged that CARICOM cannot allow bigger countries to come and impose their will on the region, adding the region would do well ‘not to side with the bigger powers who are stirring up things in Venezuela’.

Sir Louis contended that any efforts at dialogue between the Maduro-led administration and the Opposition are being averted as the Opposition believe they have the support of the Organization of American States (OAS) Secretary General, Luis Almagro, who he said is ‘aiding and abetting’ the turbulent environment in Venezuela.

Just last month, Venezuela followed through with its threat to leave the OAS after the group moved forward with plans for the US to investigate the crisis situation.

Sir Louis added, for the two-day COFCOR meeting he will be ‘forcefully’ petitioning his colleagues as to why CARICOM member states should back Venezuela. His Prime Minister, Ralph Gonsalves also lent his voice to the debate, urging CARICOM member states to use COFCOR meetings to discuss how and why the ‘a small group of powerful nations’ can manipulate regional countries to break up their usual voting bloc.