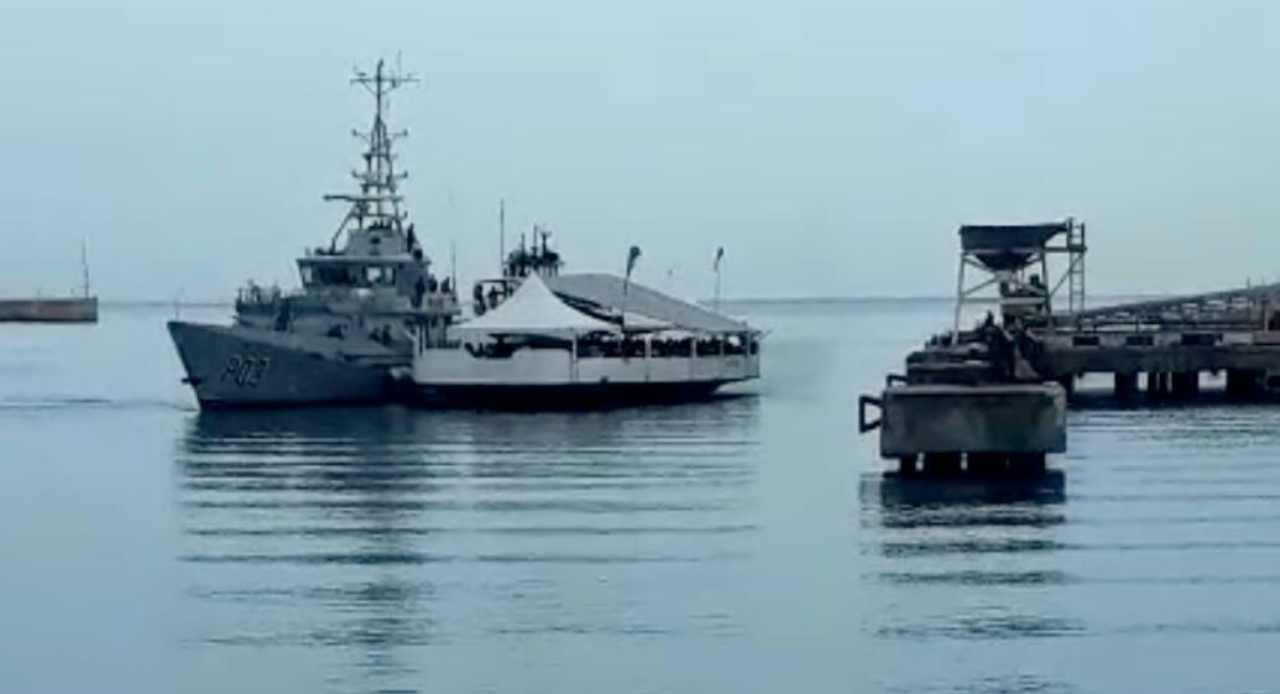 Persons on board the MV Dream Chaser for the Soca on de Seas cruise got more than they bargained for, in fact they were at sea for double the amount of time and not to double the fun.

What was to be a night of partying and shelling turned into a long night and morning of waiting for the patrons on the vessel.

The Soca on de Sea cruise is under the organizer 4D Entertainment. Loop failed to get a response from the organizers up to the time of posting this article but spoke with a patron who attended the cruise.

She said once it set sail from the Screw Dock, “the cruise was sweet,” but after hours of hype and the boat turned then people started to notice they weren’t moving.

“They just told us they had an issue and they were calling the Coast Guard.”

What people assumed would be a quick rescue turned into a long waiting game and some people's stomachs were not interested one bit. 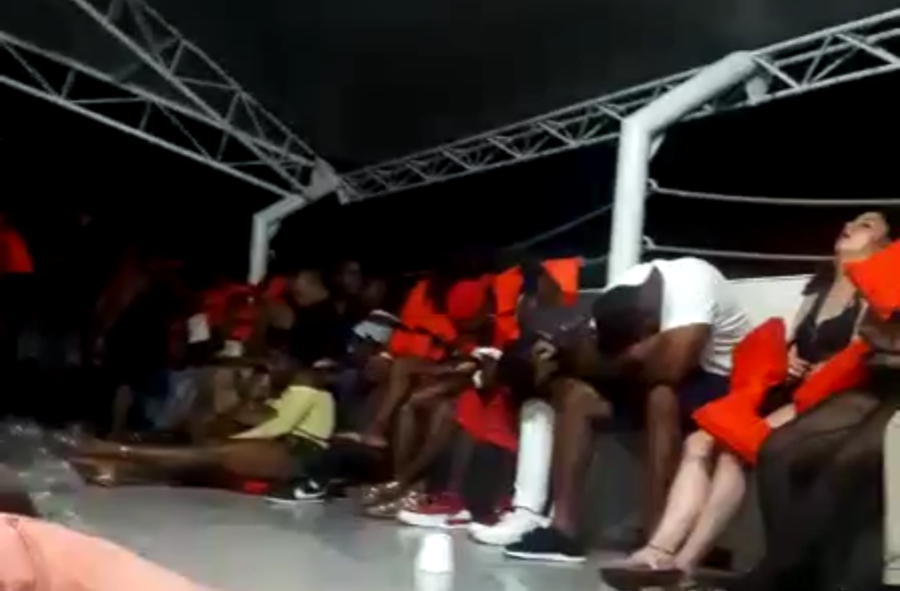 “We just wait and wait till the Coast Guard come and then the Coast Guard wasn’t getting us pulled in and they [MV Dream Chaser] gave us life jackets and they told us that they’re trying to stabalise the boat. ‘Go in the center of the vessel’. And they just weren’t getting it done, so we were just waiting and waiting.

“People were vomiting and stuff from being seasick and stuff, but honestly, we just wait and wait. We fall asleep. We get back up and just wait,” she explained.

According to her, afterwards, some people went to the Screw Dock on the Jolly Roger and she thinks some shuttle buses took other patrons to the Screw Docks from the Flour Mill when they finally docked there.

Some other patrons took to Twitter to express their concerns and keep their tweeps updated as the experience unfolded. Others even shared photos and videos of people wearing the life vests and sleeping all over the vessel as they waited. 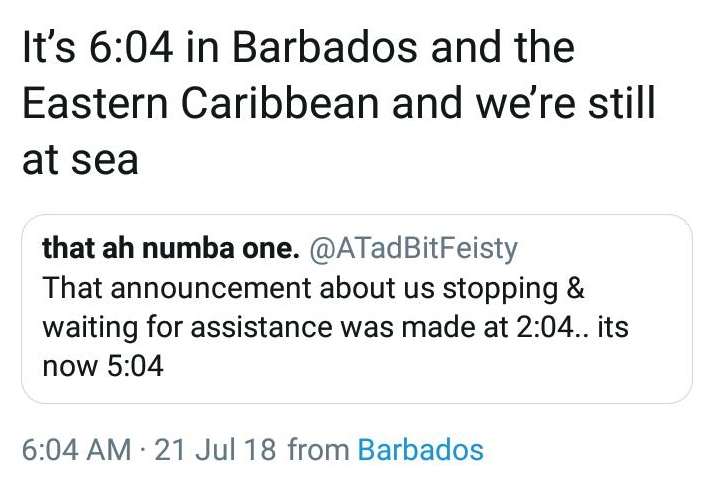 And to those who thought this was a first-time occurrence in Barbados, many people including deejays put that misconception to bed saying that they know of other party boats breaking down at sea and having to be towed in, or taking on water etcetera. They stressed that MV Dream Chaser was not the only party vessel to be in such a predicament though the reasons may differ.

Loop’s attempts to get a comment from the Barbados Coast Guard and the management of the MV Dream Chaser today were futile.

‘Miracle’ rescue for cruise ship worker after 22 hours in sea