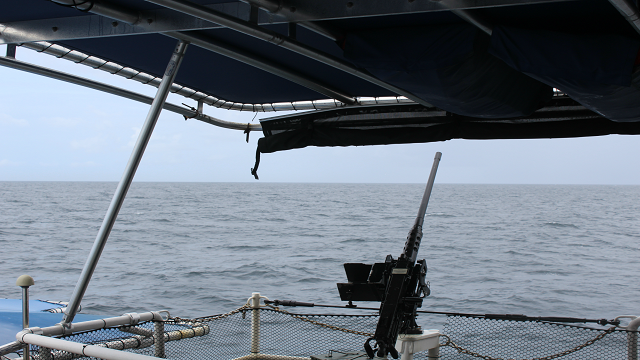 Allegations of corruption in the Barbados Defence Force (BDF) including a $20 000 bribe came up in evidence today as the trial of a senior official attached to the BDF commenced.

The Court Martial hearing is being conducted at the BDF headquarters and commenced today, Tuesday, May 28, 2019. Prosecution is being led by Lieutenant and lawyer Jamar Bourne while the defending officer, representing Harewood, is attorney-at-law Vincent Watson.

One of the prosecution’s witness Major Junior Browne revealed that he received a “contravening order to investigate alleged activities in the Coast Guard”. As a result of that order and information from several other units, he interviewed Harewood.

During that interview, Browne said a statement was recorded based on questions posed to Harewood. One such question was whether Harewood made contact with any persons suspected of drug trafficking, gun trafficking or money laundering.

According to the statement, Harewood allegedly said he did not take bribes but gathered information on some persons suspected of illegal activities.

According to Harewood, that information revealed that senior persons in the Coast Guard seemed to be on the payroll of persons for “doing things illegal” and that a $20 000 bribe was paid to an officer to assist with the trafficking of illegal drugs.

In relation to the bribery allegation, Harewood and another officer allegedly met with a person who claimed that he gave OS Marlon Scott $20 000 in relation to a matter of drug trafficking. However, the person said “nothing worked and he was going to go for him but he will let it die there”

Harewood, in the statement, also allegedly said he reported the information but could not recall anything being done. However, Browne suggests no such reporting was done by Harewood.

Watson, in his cross-examination, asked Browne whether Harewood, as a Commissioning Officer had “the discretion to filter out good and bad information”. To which Browne responded “in general”

“Not every bit of information you run to the Chief of Staff with,” the lawyer stated.

As it relates to the alleged threat to Scott, the lawyer sought to imply, with his questioning, that “let it die there” nullified the threat.

Browne, however, said officers had a “duty” and” responsibility” to inform those in authority of threats.

The matter continues tomorrow at 9:00 a.m.