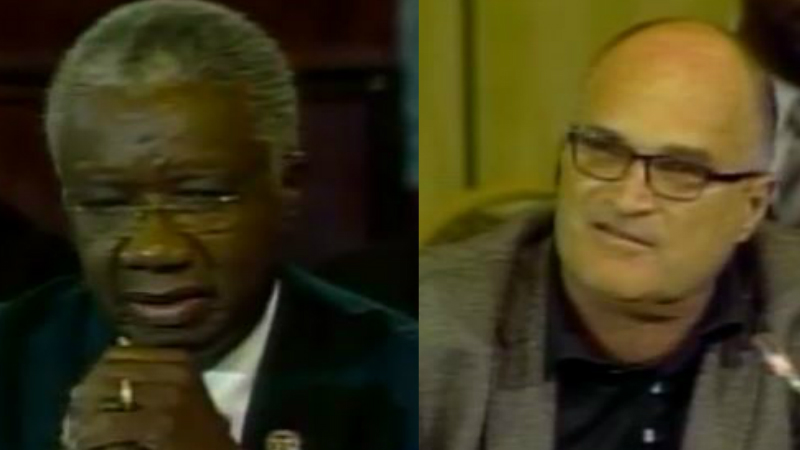 “You cannot leave out the population of Barbados and the Social Partners.”

President of the Barbados Private Sector Association (BPSA), Charles Herbert, made this assertion in his closing remarks at today’s full meeting of the Social Partnership.

Contending that the recommendations of the two Working Committees set up by Government earlier this year were overlooked by Government in its May 30 Budget, Herbert questioned whether any future plans for dialogue with the Social Partners would yield different results.

“All of us here want that assurance – that this is going to be something different. Something that hasn’t happened before. Something that at the end of each day we can go to the public of Barbados and say ‘We dealt with these difficult issues today’. Some mechanism where the population can feedback and buy in or not buy in,” he suggested.

He indicated that other countries have been in tougher positions than the one in which Barbados now finds itself but getting out of it required the buy-in of the people – “They believed in a cause. They believed that what they were doing was for a reason. They believed that the burdens were shared fairly. And they felt convinced that the action being taken was the right action.”

Herbert said what was needed was for the Prime Minister to take Barbadians into his confidence:

“Prime Minister, you have a country that would stand by you and do unbelievable things, but you need to talk to us. You need to develop a plan that this whole country can support.”

He assured that the private sector is not trying to stab Government in the back but is made up of fellow citizens who want to work with Government and have a country that succeeds.

Saying that the plan outlined in the Budget is “risky and does not have the support of the population”, he urged the Prime Minister not to continue to make plans without getting buy-in from wider society.

Herbert said as a fiercely proud Barbadian he is saddened that the country has “managed itself into this corner”.

“It is so sad to hear that as a country we are now living from hand to mouth – and often there’s not enough in the hand to feed the mouth.”

However, the Prime Minister strongly objected to this description and called for an end to the “alarmism”.

“We must stop the purveying of this alarmism in Barbados; this spreading of alarm and despondency.”

“I don’t know how many Barbadians living in the most modest circumstances can identify with a projection of the Barbadian image as that of people who are living hand to mouth… that is just not Barbados!”

He continued, “To give the impression that Barbados is now that is to really create an impression that bears no relation at all to the realities of everyday, Barbadian life.”

Saying that there will always be objections to policy, PM Stuart contended it was not true to say none of Government’s policies have worked.

“It is not true to say that all of the policies on which Government has embarked were failed policies,” he insisted. “Yet, growth has returned to the economy, yet unemployment has been coming down, yet we’ll be moving towards a primary surplus. But yet I’m still hearing that all the policies have failed – it is just not true!”