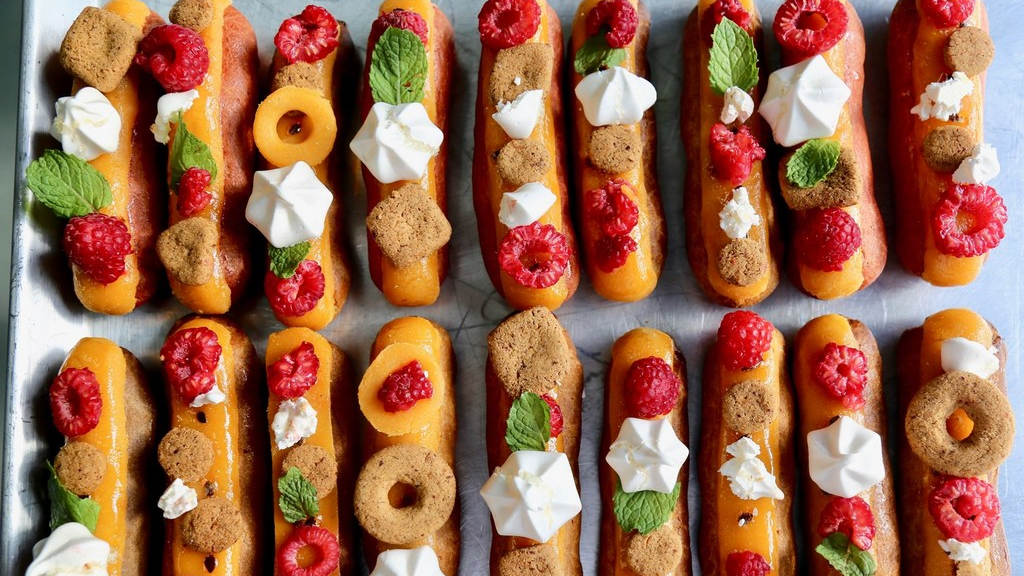 Anthony Smith’s destiny was laid out before him from young but it took years for the award-winning pastry and cake chef to realise it.

Growing up in Laventille, Trinidad and Tobago, he spent his childhood learning to make bread and pastries in a neighbouring bakery but never considered it to be a career path he could take to be successful.

“I thought about being a prison officer or a police officer ‘cause I saw that as a job, job,” he told Loop during a recent visit to his homeland.

Today, Smith, 50, is the Executive Pastry Chef of The Cosmopolitan Club, a private social club on Manhattan's Upper East Side, a position he has held since 1994. He also teaches at City Tech where he earned his Bachelor’s degree and Kingsborough Community College, CUNY.

During his career, Smith has won many awards, among them the 2012 US Pastry Chef of the Year and was included among over a hundred celebrity chefs in the book Street Eats, contributing his Dessert Pizza from the Cosmopolitan Club.

And every year he travels to T&T where he shares his knowledge of pastries and baking at the Academy of Baking and Pastry.

“One of the things I love is sharing knowledge. I have been blessed with people who shared with me,” he said.

When the Gangee Avenue bakery opened up next to his home in Laventille, a then seven-year-old Smith would run over to watch the bakers to their job every day. 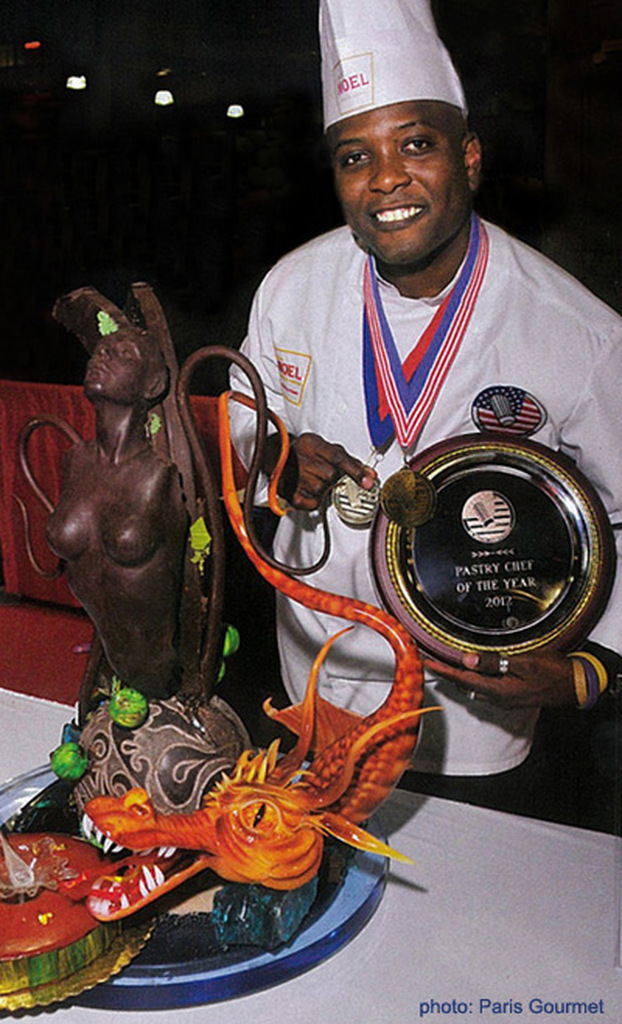 Eventually, they started giving the curious lad pieces of dough and he would mimic their actions until he got good at it.

“It was all play to me that was just my fun but I realised I was good at it and one day when I was around nine or 10, the head baker was late and the owner told me to wait. But I knew the proportions of what to put so I went ahead and mixed things up. When he came he asked who helped me. He told the owner and she said you are going to be a baker but for me, that was just playtime,” he recalled.

Smith’s dad, who was a prisons officer, noticed his involvement in the bakery and warned him about getting in people’s way.

When Smith told him he was actually baking bread, his father bought ingredients and challenged him to prove his skill.

“I remember that Saturday I was home and I baked bread and he looked at me and said ‘you bake bread’ and I said I told you I could bake bread. Since that, anything to keep kids off the street and their hands and minds busy so he encouraged me anytime I wanted to go over there. I really did learn a lot about baking,” said Smith.

He also learned the art of cake decorating at the University of the West Indies Extra Mural classes which his neighbour was involved in.

“I was 13 or 14 and I was more interested in street life, basketball, football and cricket, but my dad forced me to do it. I was really good at it, I had the hands naturally and I learned to make flowers and other things and I excelled at it,” said Smith who credited his father for passing on his artistic genes.

After secondary school, Smith got a job at The Bocas restaurant in St James. He had learned to cook from his dad who he described as an excellent cook. His dad also taught him how to wash, clean and fend for himself since his mother, like so many women in the early 80s, was working and living in the US to help their families financially.

In 1989, his mother came home for vacation and decided to take him back with her to give him the opportunity for a better life. Smith didn’t want to go. He was 18, had a girlfriend and was enjoying his social life but a family conversation changed his mind and in January 1990 he left T&T’s shores.

In New York School, he enrolled in a programme in Hospitality Management at City Tech, City University of New York (CUNY) in downtown Brooklyn.

“From the time I saw the kitchen I felt at home, I never saw kitchens like that before. I learned math, English, sciences and law and within my first year I excelled so much in both baking and pastry, I had really good knife skills. It was about crossing I’s and dotting T’s, ‘cause watching my parents cook it was put a lil bit of this, put a lil bit of that. Going to college made me understand so much about my background, why we put certain things and why we marinade,” he said.

In 1994 Smith went to France through City Tech's International Student Work-Study Program. He apprenticed for three months at the Hotel de France in the Gascogne region, in Auch in the South of France. He worked as a kitchen apprentice to the world-renowned chef-hotel owner Andre Daguin, famous for his foie gras and other Gascon specialities.

When he returned to New York, Smith landed a job as a pastry chef at The Cosmopolitan and though he has received many offers to go elsewhere, he has remained loyal.

“Where I work they make it so comfortable that whenever I get bored I could do whatever what I want, anything I want to put on the menu I could change it whenever I want,” he said.

The father of two loves the artistry and creativity of working with pastry and especially loves working with chocolate. He trained in Switzerland at Felchin Chocolate's Master Chocolatier Program for two weeks and is impressed with the advances T&T has made with chocolate production. Incorporating more products from T&T in his recipes is high on his priority list.

Though he is happy with where he is with his career at the moment, Smith is currently in the process of establishing a pastry catering company to fulfill requests he gets to do events and is developing plans to build a Bed and Breakfast establishment in Tobago.

Tastemakers is a new series by Loop featuring Caribbean chefs making waves abroad beyond the region. Tell us who you'd like to see featured.