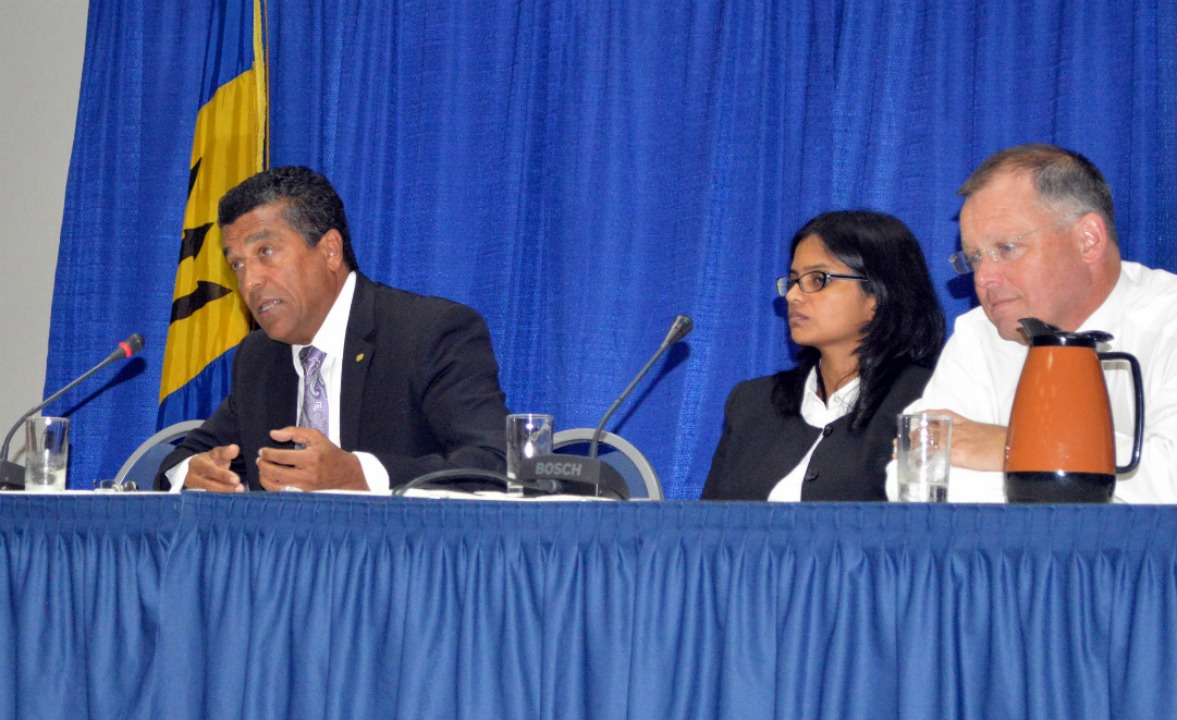 The Barbados Bankers Association (TBBA) has announced its intention to select a new service provider to operate a private Credit Bureau in Barbados.

Ian De Souza, Vice President of TBBA, and project leader for the establishment of the Credit Bureau made the announcement at a Town Hall Meeting held recently at the Lloyd Erskine Sandiford Centre. He disclosed that TBBA was in the process of making the decision based on responses to a Request for Proposals (RFP) which had been issued both locally and internationally.

The senior banker pointed out that TBBA sought to select a provider through a highly transparent process and an RFP was therefore chosen as the best method to be employed.  He said the RFP was explicit in stating a desire to attract a provider with international know-how, since the new private Credit Bureau would be required to operate to exacting world class standards.

Elaborating on the selection process, De Souza acknowledged the quality of the expertise, and the independent guidance and advice which TBBA received from the International Finance Corporation (IFC), which is the private sector arm of the World Bank Group. Specific assistance was provided in the development of a Code of Conduct which will underpin the operation of the Credit Bureau in the absence of local legislation. He indicated that the IFC has supported the development of credit reporting systems around the world for more than a decade. Ms. Shalini Sankaranarayan, Senior Financial Sector Specialist, who has worked closely with TBBA on this project, also participated in the Town Hall meeting which was organised to give the public the opportunity to learn more about the proposal for the operation of a Credit Bureau in Barbados.

De Souza also disclosed that TBBA would have no share of ownership in the Credit Bureau which will be governed by a Code of Conduct and be regulated by the Central Bank of Barbados through a Compliance Committee. The new Credit Bureau is intended to serve the broad range of participants in Barbados’ business and financial sector, including but not limited to commercial banks and credit unions. Due to the scope of its operations, it is expected to generate significantly more employment than currently obtains in the industry.

Barbados will also benefit from foreign direct investment inflows for setup of the Credit Bureau, which is expected to employ highly sophisticated computer systems to ensure data integrity and the confidentiality of customers’ information.

Among the official speakers at the recent Town Hall meeting, Independent Consultant Chris Fair outlined a number of benefits expected to accrue to consumers and to the economy of Barbados arising from the operation of the new Credit Bureau.  These benefits include building better credit origination and account management strategies with credit bureau data; the creation of opportunities and rewards for those consumers with good credit ratings; the mitigation of delinquency and default risk; and a greater understanding of consumer behaviour patterns, all of which will help to build the country’s economy on a more stable basis. It was generally acknowledged that information sharing can discourage excessive debt and reward responsible borrowing and repayment, thereby also assisting with building a culture of responsible credit usage.

Unnecessary! A new int’l credit bureau is a waste

Caribbean PMs urged not to sign on to new credit bureau

New Credit Bureau up for discussion at town hall meeting