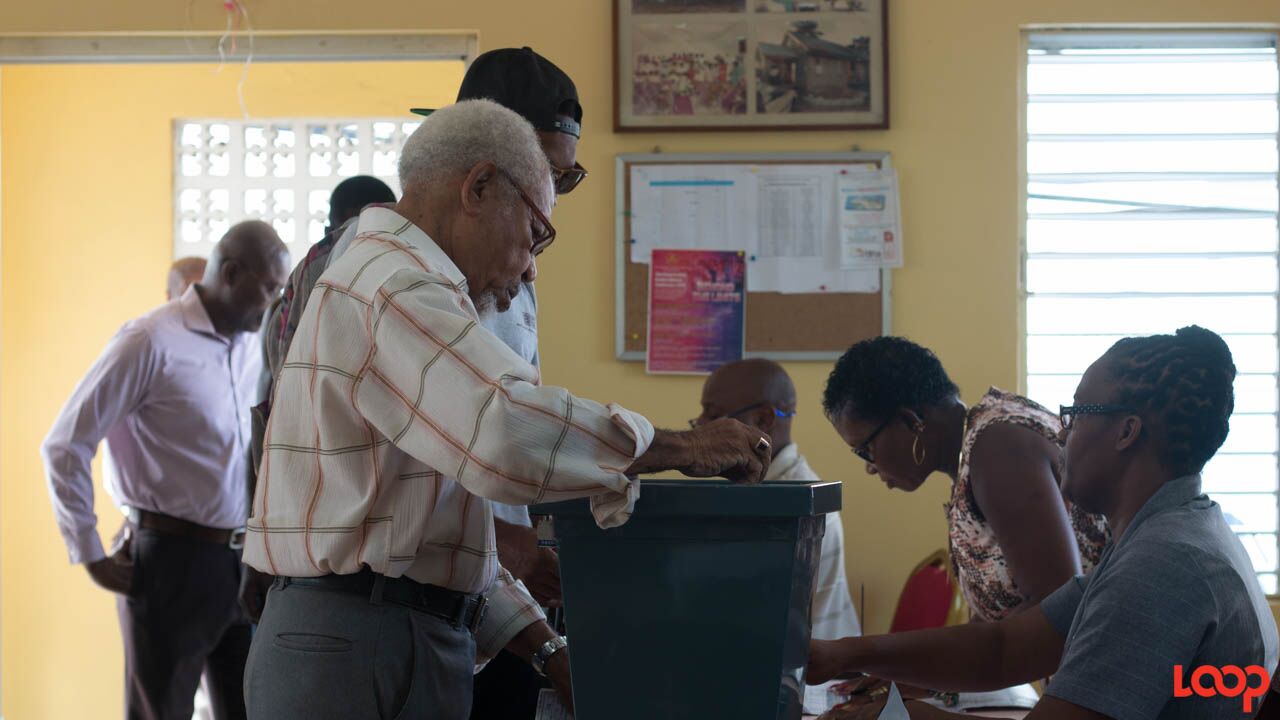 There was an approximate 60% voter turnout in the 2018 General Elections in Barbados.

The 2018 General Elections held last week May 24, 2018, was not without hiccups, but it also had some peaks. This week Loop News has decided to do a slight throwback to last week.

Last week at this time Barbadians were either standing in line to vote as the hours of operation at polling stations were extended beyond the regular 6:00 pm, or they were getting comfortable to await the results as box after box was counted and announced by the Returning Officers at the 30 counting centres across the island in each constituency.

No one incorporated the three-hour delay in counting which started at most centres just before 11:00 pm and for many after 11:00 pm. St. Michael South Central took the record commencing around 11:45 pm. That seat was contested by Marsha Caddle (BLP), Richard Sealy (DLP) and David Gill (UPP). Caddle came out victorious.

But other highlights came in the hours following as they count got underway.

2. No monkey playing on powerlines, but special box delay

Barbadians learned about the special boxes. Many had no clue about early voters.

What were these special ballots that delayed the process?

In Barbados, people who are employed by the Electoral and Boundaries Commission and emergency responders including police got to vote ahead of Polling Day. This year they voted May 17, as opposed to May 24, 2018.

[Additionally, the Chief Justice had granted some people who were previously being barred from voting, the right to vote. The court decision came in the afternoon and those ballots were alphabetised and added to the count as well.]

Mia Mottley broke the 4000-threshold in her St. Michael North-East constituency for the first time, before going on to become the first female Prime Minister of Barbados.

She wasn’t alone though. As the BLP did a clean sweep winning all 30 seats others broke 4000 votes in their constituencies.

Sitting pretty at the top though was the Barbados Labour Party (BLP) candidate and now duly elected Member of Parliament for St. George South, Dwight Sutherland. He broke 5000 votes.

On the DLP side, Michael Lashley in St. Philip North was the only one to get more than 2000 votes in his constituency.

In St. John, George Pilgrim may have only secured 31 per cent of the vote but he was the lone DLP candidate to win any boxes in the 2018 General Elections. He won in two boxes in St. John. BLP's Charles Griffith brought a homegrown offering and won his seat.

Kirk Humphrey, the BLP MP for St. Michael South did what only two other men ever did in the history of Barbados' elections before him. He beat a Prime Minister. Previously Noel Lynch defeated Erskine Sandiford and Robert 'Bobby' Morris took down Bernard St. John. Now Humphrey has etched his name into the annals of history by defeating the Former Prime Minister and Leader of the DLP, the Rt. Hon. Freundel Stuart.

7. Independent candidates should shoot their shot

In St. Joseph, the Independent candidate Randall Rouse got the second highest number votes in that constituency. He secured 700 votes. He got almost 15 per cent of the votes. This was a huge feat for an independent. He came behind the eventual winner, now Attorney General, BLP's Dale Marshall. Don't count yourself out next election. Try!

8. Year of the Woman in the Lower House of Parliament on the governement side

Barbados is being led by a woman and one-fifth of government is female as well. Six of the 30 candidates are women. #Whoruntheworld?

Many were dumbfounded when they saw the Rt. Hon. Freundel Stuart alone before cameras and microphones delivering his speech to concede the 2018 General Election. It was not a move that any foresaw and he bore the weight of the task alone around 3:00am, May 25. He also accepted all blame for the defeat of the DLP and in closing walked away from politics while wishing the new leader of Barbados best wishes.

Barbadians received a half of a holiday on Friday, May 25, compliments Madame Prime Minister Mia Mottley who called for a 1:00 pm shutdown for her people to enjoy the BLP's landslide victory and recuperate after the late election night, early morning result.