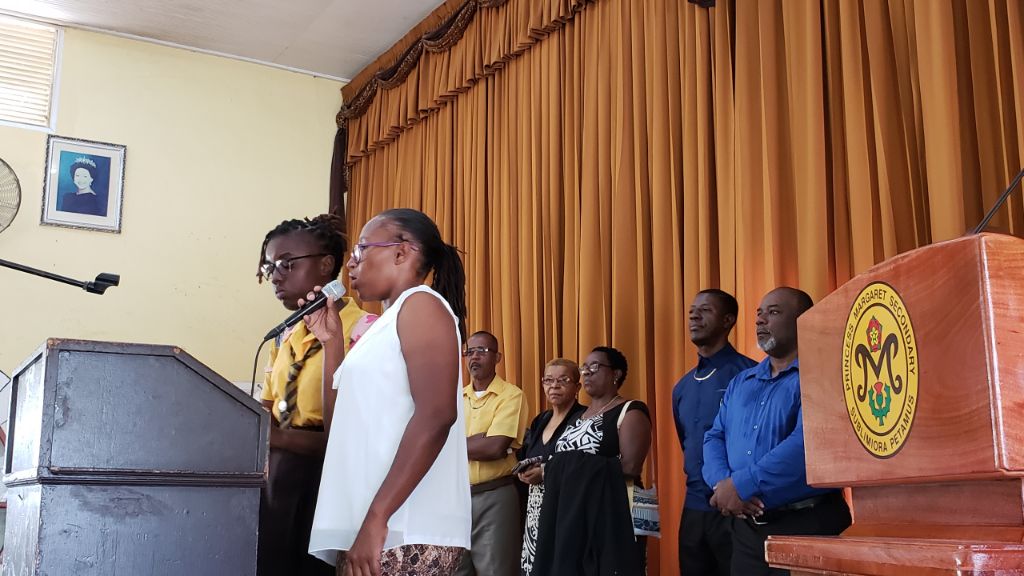 After the Class of 1972-78 old scholars repainted the school's bathrooms over the Easter break, before the first period on the first day of the new school term, there was fresh graffiti in one of the boys’ bathrooms.

The new markings were spotted after assembly at Princess Margaret Memorial Secondary School despite an earnest plea from Student Council’s advisor, General Studies Teacher Tricia Forde for students to refrain from such bad habits.

Noting that the old scholars also beautified the gazebo area now deemed the ‘Safe Space For Us’ by the school’s Student Council, Forde said:

“It was done just for you, so if you like it, I would like you, I would love you to make sure that we can keep it looking the way it is.

Additionally, she highlighted the issue of chewing gum and its improper disposal.

The painting and beautification work was done by members of the Class 1972-78 along with some teachers including Forde and others, along with a set of Girl Guides.