Teachers taking matters into their own hands 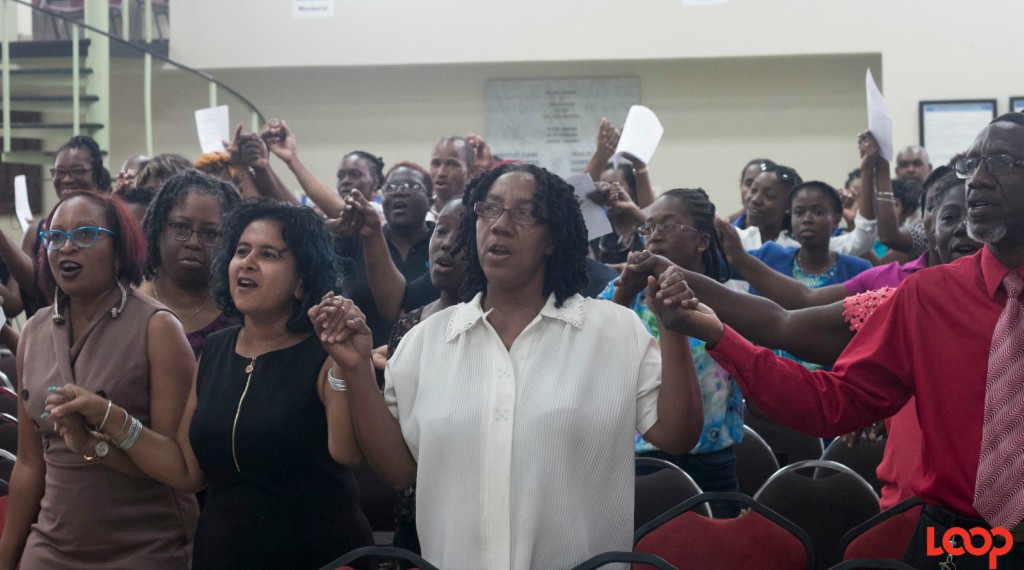 Teachers are no longer waiting on the Ministry of Education to put measures in place to address the violent incidents occurring in secondary schools across the island.

As of today, Wednesday May 16, the Barbados Secondary Teachers Union (BSTU) has established a protocol for matters related to student on teacher violence. The protocol was announced during a mass meeting at Solidarity House.

Included in the protocol are steps for teachers to file reports in the event that they are verbally threatened or physically assaulted by students. The protocols also urges teachers to seek police intervention as soon as possible even if the principal of the institution advises otherwise.

BSTU President, Mary Redman said the incidents of student-on-teacher violence have escalated significantly within the last year, forcing educators to operate within a climate of fear and worry.

She accused the Ministry of Education of burying their heads in the sand when nine alleged stabbings involving students occurred back in 2018.

“During that time, we continued to ask [the Ministry] for meetings to address the issue and we were ignored and publicly criticised. Then we had nine stabbings by the fifth week of term two in 2018 and one student being struck and seriously injured with a rock.

As traumatised as teachers were, it was the BSTU that went into those schools to talk to members. The Ministry of Education did not see it fit to go and talk to their employees. It was only when they were publicly called out that they then went.”

Redman said the 2019 school year has seen little improvement in student-on-teacher violence. As recent as yesterday, she revealed, a child visited a secondary school posing to be a student, in a suspected revenge plot. The security guard, recognizing that the child was not a student of the school, took him to the principal's office. A search of the child’s bag revealed weapons including two machetes and a hammer with a pick.

She also spoke to another incident where a male student attacked a female teacher to over a mobile phone battery. Two male teachers were forced to intervene and the student was brought before the court to answer to the assault charge. He has since been remanded to the Government Industrial School.

“We are the ones in the frontline. Since the beginning of this term there have been five incidents of student-on-teacher violence against our members and we are here today to say not one more!”

Redman reiterated her call for government to set up a specialized institution for “wayward students”.

The BSTU executive is expected to meet with senior education officials including the Minister this weekend to put forward a list of recommendations to address the issue.

All schools to close for Teachers' meeting