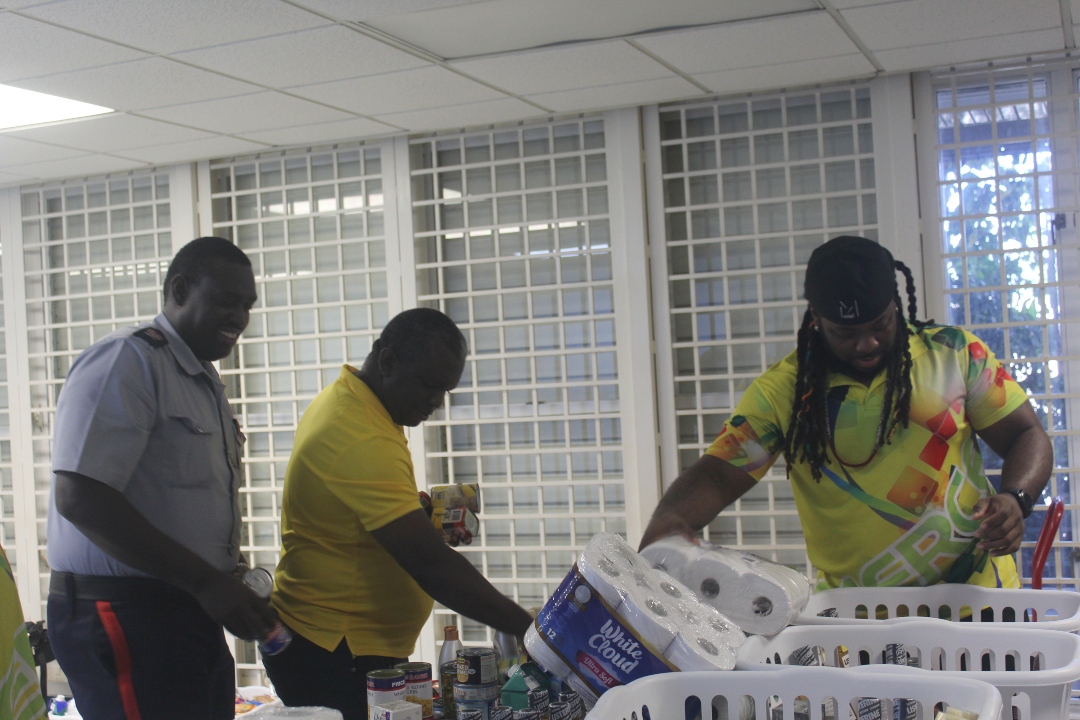 A chance encounter between entertainer, Michael ‘Mikey’ Mercer and two officers of the Royal Barbados Police Force (RBPF) resulted in an act of benevolence, capturing the spirit of the season.

It was in between the hustle and bustle of corporate performances that Mikey was introduced to Sergeant Weekes and Sergeant Mahon of the New Orleans Police post at a joint children’s party, hosted by Pan American Insurance and that branch of the RBPF.

Further dialogue led to a collaboration which would involve Team Mikey, the officers, as well as the team of the Villages at Coverley. Through the charitable donations of the residents of Coverley, the officers and members of Mikey’s charity met at Pan-American Insurance in Fontabelle to pack several hampers, in an effort to assist those in need this season. 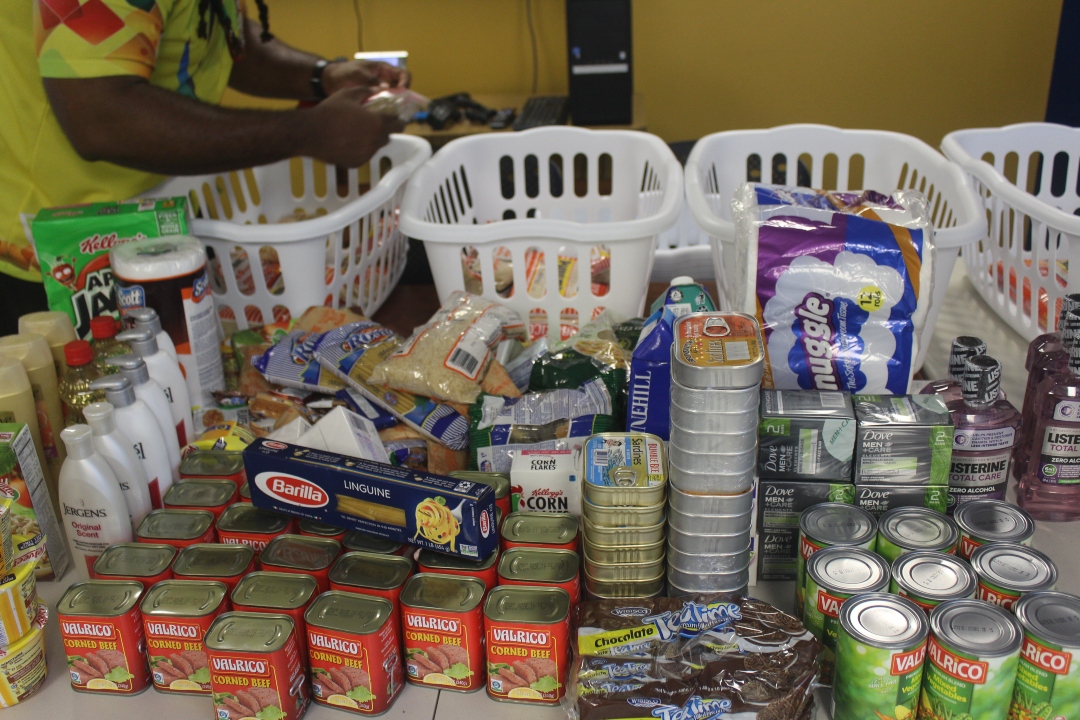 {Photo: Some of the donations made by the residents of The Villages at Coverley}

Mikey explained the response to the initiative exceeded expectations as the team had a mere four days to plan and execute.

“When I saw the quantity of the stuff that was collected, I was impressed and overwhelmed!” At one point he even began to question whether they had the capacity to handle the volume of items donated."

It all came together as he met the two officers from the RBPF the very next day at the Pan American function.

The meeting would prove to be both strategic and a case of ‘divine intervention’, as Mikey coined it. Both officers had intricate knowledge of the New Orleans community as they were already actively involved in an ongoing homework initiative to assist children in the area and surrounding districts.

Those involved worked assiduously to pack several baskets with the multitude of toiletries and food items donated. Their intention is to deliver the completed hampers to select families in time for the Christmas season.

This charitable venture is doubly special for Mercer as he explained to Loop that he originated from Kensington New Road in the City which lies between Chapman Lane and New Orleans.

The seven-year-old Team Mikey charity continues to fulfil its mandate of ‘making the act of giving charitably an everyday occurrence’.

Throughout the year there have been several donations made to those in need and school children have also been the recipients of scholarships facilitated by the philanthropic organization.

During the Crop Over season, the successful “Burpees for Babies” raised both funds and awareness for the Pediatric Ward of the Queen Elizabeth Hospital.

Although it’s a small charity, Team Mikey continues to prove it has a large reach.

This Christmas, non-violent offenders get the gift of a second chance