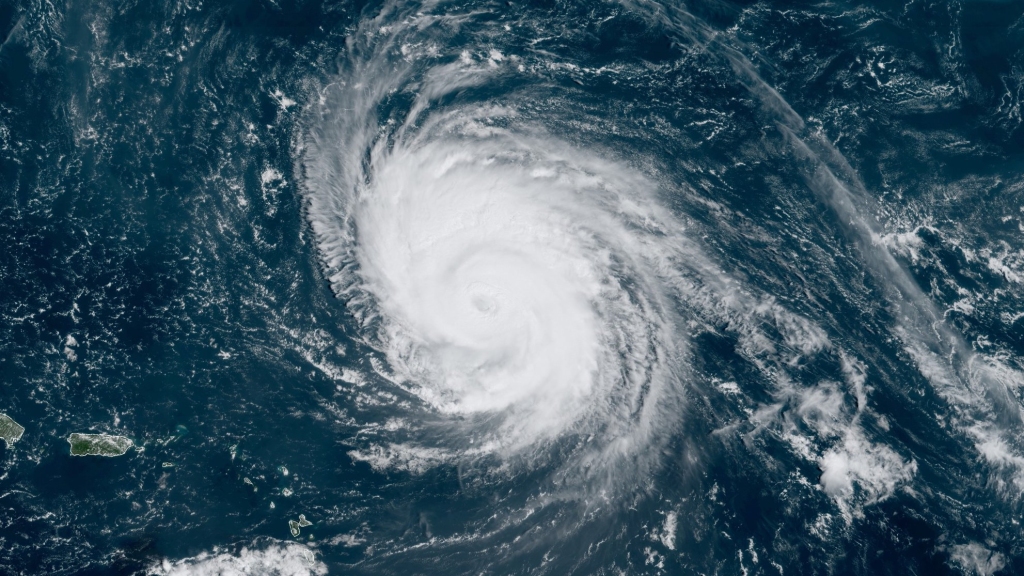 Large swells from Hurricane Teddy are spreading across much of the Western Atlantic Ocean and increasing rip current threat.

The US National Hurricane Centre (NHC) said these swells are affecting the Lesser Antilles and the north-eastern coast of South America and they should spread westward to the Greater Antilles, the Bahamas, Bermuda and the east coast of the United States by the weekend.

These swells are likely to cause life-threatening surf and rip current conditions.

While there are no coastal watches or warnings in effect, NHC said interest in Bermuda should monitor the progress of Teddy and watches may be required the island later today or tonight.

Teddy is moving toward the northwest near 12 mph (19 km/h) and this general motion is expected to continue for the next couple of days, followed by a turn toward the north by early next week.

On the forecast track, Teddy will be approaching Bermuda late on Sunday or Monday.

Teddy is a category four hurricane with maximum sustained winds that are near 130 mph (215 km/h) with higher gusts. 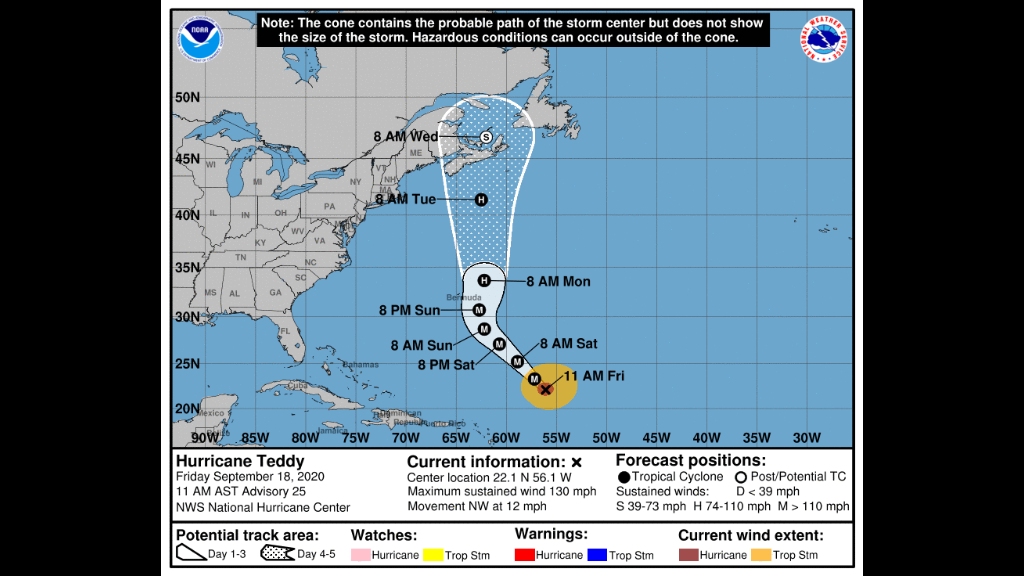 Some fluctuations in strength are expected during the next day and a weakening trend is forecast to begin late this weekend.

Teddy at category 2 but currently posing no threat to Barbados