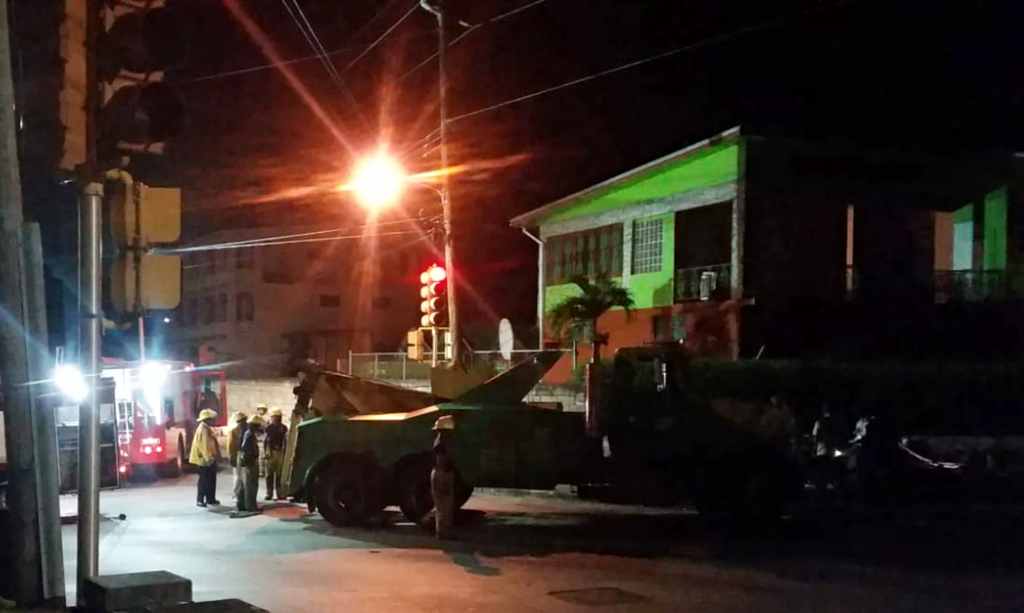 He is Delano Seale, 19 years of Eagle Hall, St. Michael. He died on the spot. He was the passenger in a purple Toyota Corolla driven by Romario Roach, 20 years of Greenidges, St. Lucy when the vehicle was involved in a collision with a wrecker truck.

Police responded to the scene about 1:10 am, this morning, Tuesday, March 5, 2019, at the intersection of Tweedside Road, Government Hill and Welches Road, St. Michael.

"The wrecker truck was travelling due east from Tweedside Road towards Government Hill whilst the motorcar was travelling due north from Nita Barrow roundabout towards Welches road when they became involved in a collision.
As a result, the front seat passenger of the motorcar died at the scene whilst the driver of the said motorcar was transported to the Queen Elizabeth Hospital (QEH) by ambulance complaining of pain to his feet, chest, head and about his upper body. The motor car is extensively damaged. The wrecker truck sustained moderate frontal damage. The driver had no immediate injuries.

"Two fire tenders, eight personnel responded from the fire service and used the Jaws-of-life to extricate the body of the deceased."