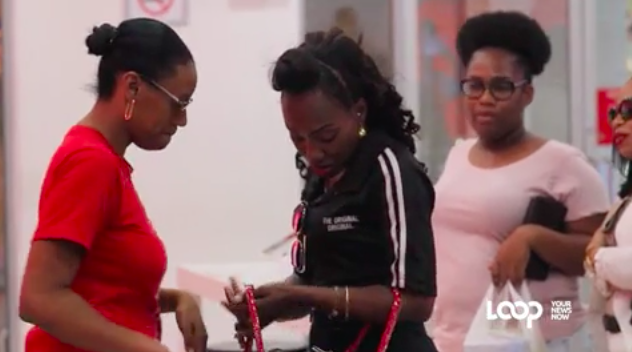 Digicel Barbados customers who have been complaining about their data plans ending "too quickly" are getting some relief.

Noting that the data show most customers across multiple demographics use the majority of their prepaid plans on social media, Marketing Manager at Digicel Barbados, Leia Walker told the media, the company has taken the decision to meet the clients where they are at.

Social media is free until September 30, with all Digicel Social plans for the one-day, seven-day or 30-day plans.

This news came recently as the initiative was launched at Digicel Colonnade Mall in Bridgetown.

Walker asserted that customers were not livid nor irate, they were just conveying us to their displeasure or shock at having spent all their data before the allotted time for the plan had passed. She added that for many the problem only began over the Crop Over period, as they snapped on SnapChat, added to their Instagram stories or even went live on Facebook.

"We heard the customers where they were talking about the data and obviously how fast the data was [sic] going and we know that they like to do a lot of social. So we decided we're going to add value to it," Walker stated.

Therefore Digicel is gifting its prepaid customers one month free social. Asked about an equivalent treat of postpaid customers, Walker said that a lot of advantages are currently built into their postpaid plans already.

VIDEO: 'Ballin' at the Digicel/NBA Jumpstart clinic in Jamaica