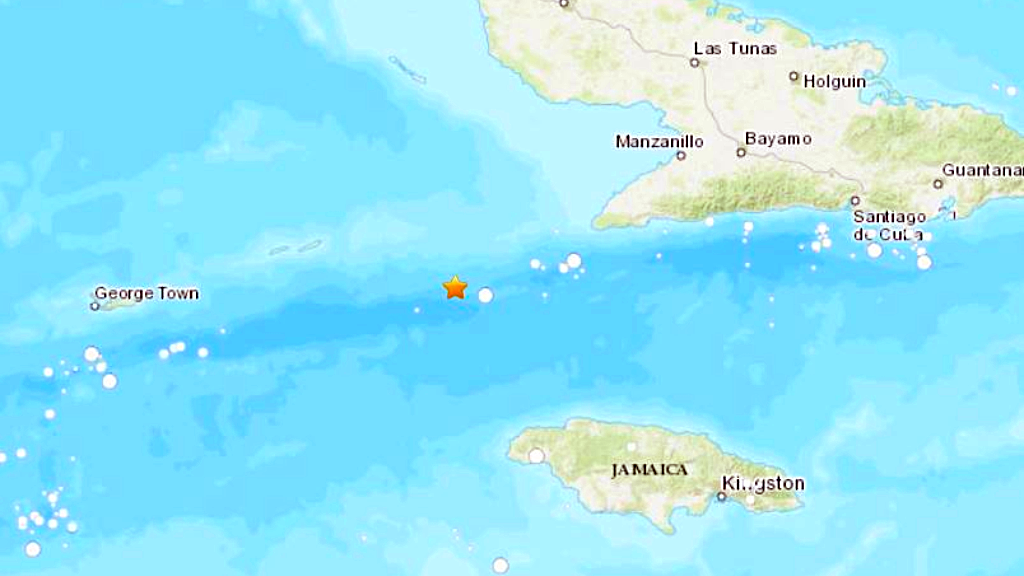 Jamaica was rattled by a 5.1 magnitude earthquake that struck 114 kilometres north, northwest of the Hanover parish capital Lucea, Wednesday morning according to the United States Geological Survey.

The temblor had a depth of 10.0 km and was felt in the western end of the island, including downtown Montego Bay.

It was the second aftershock to rattle parts of the island following Tuesday's big 7.7 quake that was felt far beyond the country's shores.

Concerned callers to our newsroom Wednesday morning said persons ran from buildings in downtown Montego Bay as the structures swayed.

One caller said that the building housing the Vanhaze Call Centre where she works swayed dramatically and all employees had exited the building. She said the building, swayed wildly during Tuesday’s 7.7 quake that also hit offshore Lucea, and there were concerns that the structure was damaged.

Public Relations officer for the Jamaica Fire Brigade, Emelio Ebanks, said he would ask that a team be dispatched to examine the building. He told Loop News that up to Wednesday morning there were no reports of damage to any buildings but said he had noted reports of two aftershocks that were felt in the western end of the island.

The US Geological Survey reported Tuesday that a second earthquake hit near Jamaica. The 4.7 quake struck at 2:39 p.m. and was located at 124km northwest of Lucea.

This was minutes after the powerful 7.7 temblor sent Jamaicans rushing from buildings. That quake struck at 2:10 p.m and was located 125 km north, northwest of Lucea.

The quake was felt in most of the 14 parishes and as far away as Miami, Florida. It was also felt in The Bahamas, Cuba, Cayman Islands, Haiti and Honduras.

Experts have said that aftershocks usually follow a big quake.