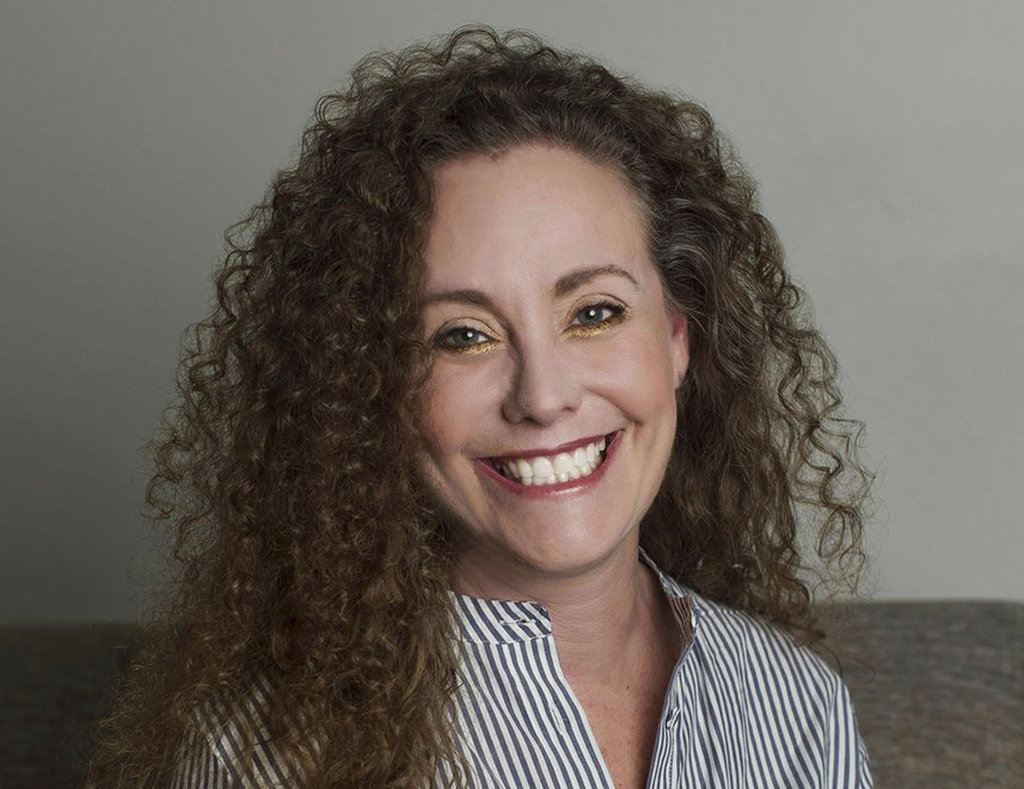 Julie Swetnick, one of the women who has publicly accused Supreme Court nominee Brett Kavanaugh of sexual misconduct, has an extensive history of involvement in legal disputes, including a lawsuit in which an ex-employer accused her of falsifying her college and work history on her job application.

Legal documents from Maryland, Oregon and Florida provide a partial picture of a woman who stepped into the media glare amid the battle over Kavanaugh's nomination for the nation's highest court.

Court records reviewed by The Associated Press show Swetnick has been involved in at least six legal cases over the past 25 years. Along with the lawsuit filed by a former employer in November 2000, the cases include a personal injury suit she filed in 1994 against the Washington, D.C., regional transit authority.

Her lawyer, Michael Avenatti, told AP that court cases involving her have no bearing on the credibility of her claims about Kavanaugh. Avenatti said the suit from her ex-employer — it was dismissed a month after it was filed — was "completely bogus, which is why it was dismissed almost immediately."

He told AP that he "fully vetted" Swetnick before helping her take her claims against Kavanaugh public.

Avenatti released a sworn statement by Swetnick this past week in which she says she witnessed Kavanaugh "consistently engage in excessive drinking and inappropriate contact of a sexual nature with women in the early 1980s." In the statement, which was provided to the Senate Judiciary Committee, Swetnick said she had been sexually assaulted at a party attended by members of Kavanaugh's social circle, but did not accuse him of assaulting her. Two other women have publicly accused Kavanaugh of sexually abusing them.

One of those women, Christine Blasey Ford, appeared before the Senate Judiciary Committee on Thursday to offer emotional testimony that even Kavanaugh's most ardent backers, including Trump, said they found credible. Another woman, Deborah Ramirez, has accused Kavanaugh of exposing himself to her during a drunken party when both were students at Yale University. Friends and colleagues of Ramirez describe her as a quiet person who has dedicated herself to being an advocate for needy families and survivors of domestic violence.

Swetnick was the third named Kavanaugh accuser to emerge, when Avenatti released details of her accusations on Twitter on the eve of Ford's testimony.

Kavanaugh has denied the claims regarding him made by Swetnick and other women, characterizing some of the allegations as a "joke" and a "farce."

Ann Simonton, a nationally recognized advocate for rape survivors and director of Media Watch, a media literacy organization, cautioned that many sexual abuse survivors encounter chaos and trouble later in life — things can tarnish a survivor's image but don't necessarily speak to the legitimacy of the underlying abuse allegations. "This type of trauma will impact your daily life forever," she said.

Swetnick, who is from the Maryland suburbs of Washington, D.C., has said she is willing to be interviewed by either Congress or the FBI. On Twitter, Avenatti wrote that he and Swetnick would "thoroughly enjoy" embarrassing Republicans on the Judiciary Committee this weekend "when her story is told and is deemed credible." Swetnick has taped an interview with "The Circus," a political program that is part of Showtime's Sunday lineup.

Some details of the legal disputes she's been involved in aren't known, because documents in the cases are incomplete or no longer available. Records in the lawsuit filed in late 2000 by her ex-employer, Oregon-based software company Webtrends, don't indicate why it was dismissed. Avenatti said there was a settlement in the case but no money changed hands.

In its civil complaint in a state court in Oregon, the company said Swetnick, a software engineer, was an employee for a few weeks before its human resources department received a report that she had engaged in "unwelcome sexual innuendo and inappropriate conduct" toward two male co-workers at a business lunch.

The lawsuit said that Swetnick in turn accused Webtrends of subjecting her to "physically and emotionally threatening and hostile conditions" and that she claimed that she'd been sexually harassed by four co-workers. The co-workers denied the allegations, the suit said.

Company officials later determined, the suit said, that Swetnick had provided false information on her employment application. The suit alleged that she had misrepresented the length of time she worked at a previous employer and falsely claimed that she'd earned an undergraduate degree in biology and chemistry from Johns Hopkins University.

Her lawyer, Avenatti, said that "whether she has a college degree or not does not matter as to whether she is a sexual assault victim."

Helene Moglen, Swetnick's aunt, told AP this week that her niece went off to college but quickly moved back home. In an interview with The Washington Post, Swetnick's father was quoted as saying that "she bootstrapped herself and became a computer expert. She's a sharp woman."

Swetnick was on the other side of a civil case in 1994, as a plaintiff, when she filed a personal injury lawsuit in Maryland against the Washington Metropolitan Area Transit Authority. She claimed she lost more than $420,000 in earnings after she hurt her nose in a fall on a train in 1992.

Swetnick, who described herself in court records as a model and actor, claimed she had "numerous modeling commitments" with several companies at the time of the accident but missed out them because of her injuries.

To support her claim for lost wages, Swetnick named "Konam Studios" as one of the companies promising to employ her. A court filing identified Nam Ko, a representative of "Kunam Studios," as a possible plaintiff's witness for her case.

Ko, however, told AP on Friday that he was just a friend of Swetnick's and that he had never owned a company with a name spelled either way and had never agreed to pay her money for any work before she injured her nose. He said he first met Swetnick at a bar more than a year after her alleged accident.

Ko said he has a hazy memory of Swetnick asking to use him as a "character reference" but doesn't recall hearing about her lawsuit.

"I thought it was for a job application," he said.

In answer to questions about the suit, Avenatti said: "This is all hearsay. ... None of this is relevant, not one bit."

The paperwork filed in the suit includes a letter addressed to Swetnick's attorney from Richard Zamora, who is identified as a marketing executive from a San Jose, California-based company called Fiber Sign Inc. In the letter, dated March 1994, Zamora said the company had been prepared to hire Swetnick as a model and spokeswoman and pay her a $60,000 base salary but offered the job to someone else after learning of her accident.

Zamora later asked a court in Florida for a restraining order against Swetnick. The remaining court records don't show the reasons he gave for asking for the restraining order, but indicate that the case was dropped less than two weeks later when neither party appeared in court.

Zamora, who now goes by Richard Vinneccy, declined to comment to AP this week about the letter or the nature of the relationship he'd had with Swetnick.

Avenatti said the request for a restraining order was "nonsense."

Court records show Swetnick's lawsuit against the transit agency was dismissed in 1997 after a settlement was reached. Vincent Jankoski, one of the lawyers who defended the agency, said the case was resolved without paying Swetnick any money after she failed to provide documentation supporting her lost-wage claims.