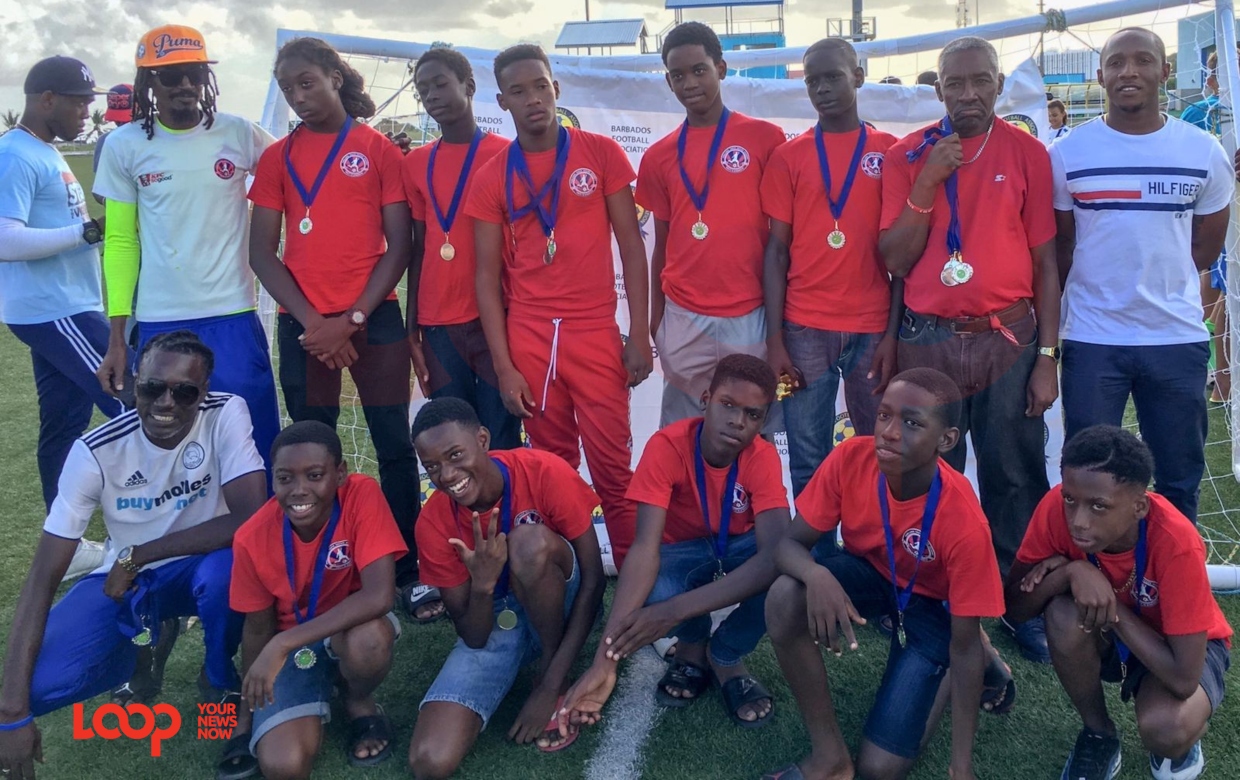 The ScotiaBank Youth Cup Tier One concluded in fine fashion with five matches of fun, fierce competition and outstanding skills. Pro Shottas continued their outstanding record in youth football as they secured two of their four contested finals. The Shottas first taste of success on the day came in the U11 category when they defeated Mavericks SC 3-0.

Goals by Rydence Bailey in the 22nd minute, Ari Manning in the 24th minute and Allique Bend in the 28th minute sealed the victory for Pro Shottas.

Their second championship was earned in contrasting fashion as they narrowly defeated KFC Pinelands Academy 1-0 in the U15 final, courtesy of a goal by national U15 midfielder Aaron Cumberbatch in the 28th minute.

Technique FC completed their unbeaten record in the competition in grand style when they defeated Pro Shottas 4-1.

Javondre Griffith was the main man for Technique on the day as he scored three goals in the 8th, 14th and 19th minute, Kiaros Greaves scored Technique’s other goal in the 11thminute.

The Shottas lone goal was scored by Seamus Burgess-Sims in the 50th minute.

A double strike from Kemar john in the 58th and 77th minute along with a goal from Kobe Shepherd, removed all pain from defender Jaheim Neblett’s own goal in the 36th minute.

The second tier will be contested on Saturday April 20th at the BFA Wildey Turf.