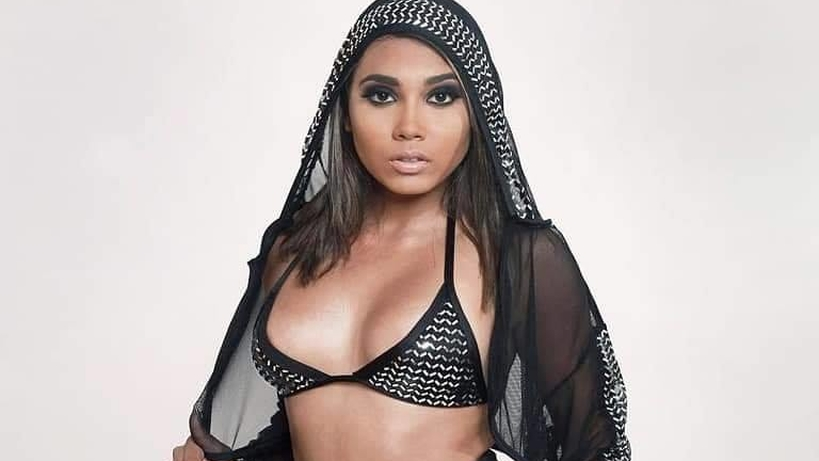 A Monday wear designer is clearing the air on his designs which went viral last week.

Steffan Lorenzo, founder of the fashion brand SB Lorenzo, created quite a stir on Facebook when he released images for his 2019 Monday Wear collection Champagne Sabrage.

The male costumes, with their cropped vests, mesh tights and sequin pouches, elicited criticism with many lamenting the state of mas and criticising the models.

One costume, in a Rosé-coloured fabric, featured a see-through hoodie and what appeared to be a sequined thong. The costume is, in fact, a pair of tights with a dark mesh on the front and fabric to the back. 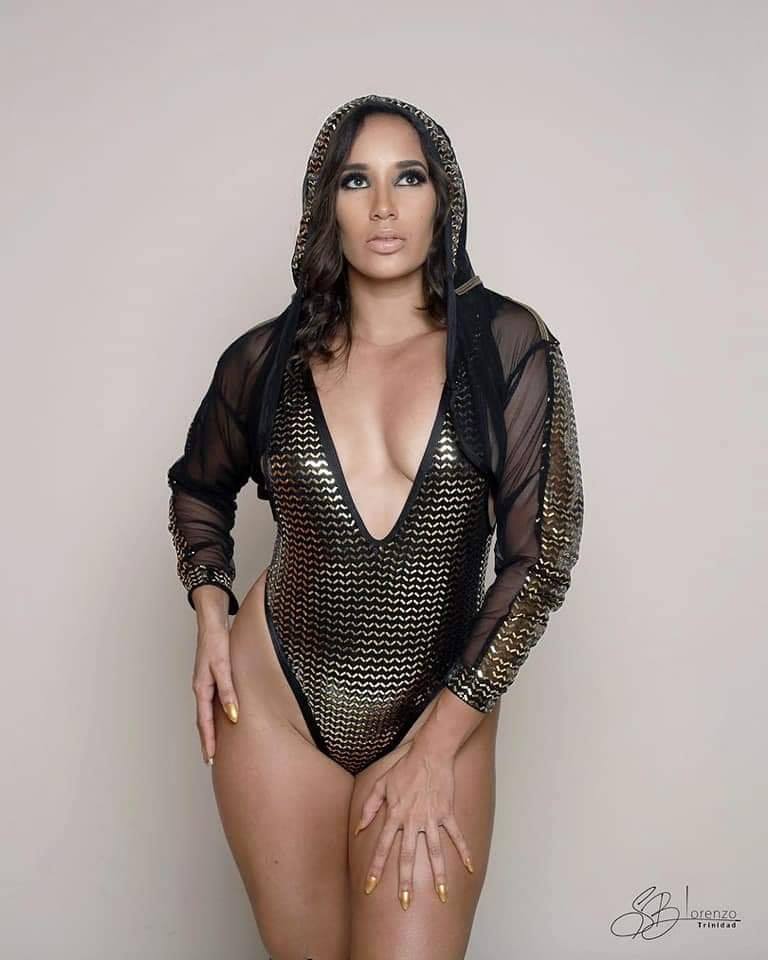 Lorenzo said he felt moved to clear the air on his designs following the reaction to the photos.

He said people have been labelling the male models as gay, threatening them and have been giving out their identities on radio call-in shows.

“The models are being bullied.  A model is a canvas, a model is there to sell the costume. The model who wore the Rosé costume, a lot of people are contacting him and telling him things. I feel like I failed my models, no one may not want to work with me in the future. Attack my designs, just don’t attack my models because they are just doing their job,” said Lorenzo.

A student at the Andrew Ramroop Bespoke Tailoring Programme, Lorenzo is fairly new to the Monday Wear market, having launched his first collection this year.

Next year’s collection, was inspired mainly by the fabric, he said.

“Champagne Sabrage is the art of slicing off the top of a champagne bottle with a sabre. It is a very cool way of opening a champagne bottle.  Basically, my collection was focused on that. It was my take on champagne and the art of Champagne Sabrage, sparkly, colourful, beautiful and edgy. The fabrics also inspired the name of the collection. The way the fabrics moved in the sunlight and captured the reflection of the sunlight, champagne came to mind,” he said.

Lorenzo said last year he only designed for women but this year, in a sea of Monday Wear designs he wanted to stand out by catering to all demographics.

“I didn’t want to leave out the men cause in all the years listening to all the talk around I always heard men say they have been left out or they don’t get their monies worth,” he said. 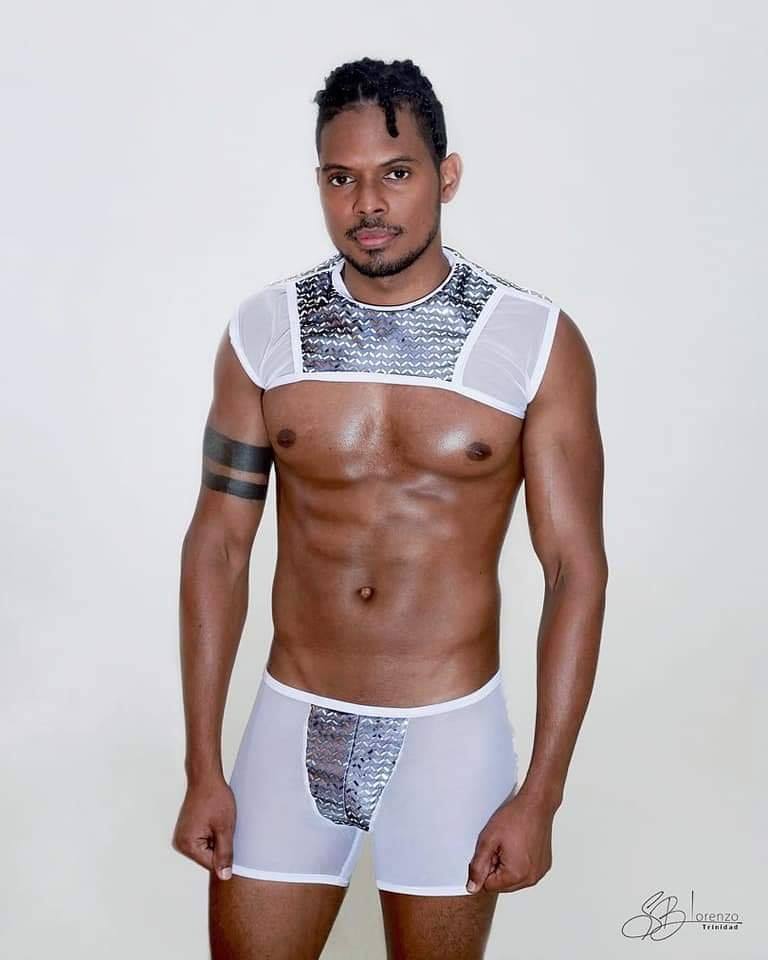 He said everything he did was in keeping with international trends. Mesh, he said, has been a big feature on catwalks this year and the men’s costumes were designed to complement those of the females.

“The way this collection was shot was to show people the versatility of the collection, it was never to offend anyone. The collection catered to couples who want to play mas together, I wanted to give something to the guys so when they are next to the women they would look good in their Monday wear too,” he explained.

He said he has been asked if his designs are for gay men.

"I say my designs are Monday Wear options for everyone, gay, straight or bi. It doesn't matter who you are as a person," he said.

Despite the negative comments, Lorenzo said he has received over 20 orders for his collection from people locally and abroad. The most popular costume, he said, is the pink female costume with the hood and the hooded monokinis.

Individual pieces range from TT$550 to $675. Combos are also available as well as customised pieces.