Video: Time for buggery laws to be repealed - LGBT advocate 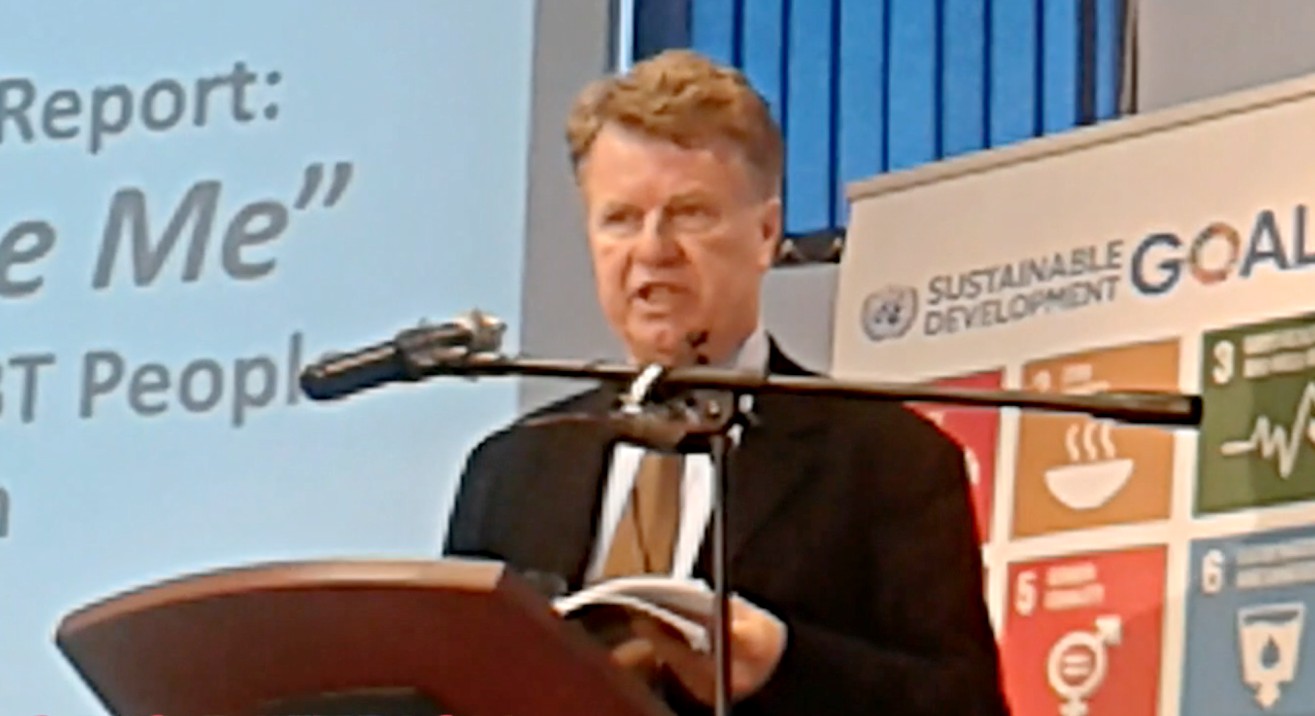 Human Rights Watch (HRW) has presented a report, based on evidence collected from seven Caribbean countries, highlighting why buggery laws need to be removed legislation.

The report entitled "I Have to Leave to Be Me", is based on research conducted in seven Caribbean territories, Barbados, Antigua and Barbuda, Dominica, Grenada, St. Kitts and Nevis, St. Lucia and St. Vincent and the Grenadines.

Advocacy Director of LGBT Rights Programme, Boris Dittrich delivered an overview of the report during a press briefing today at UN House to discuss the negative effect buggery laws and gross indeceny laws has had on the LGBT community.

He said the current legislation, although not enforced, has worked to perpetuate a culture of stigma, discrimination and violence against the LGBT community.

Dittrich quoted interviews contained in the report of those who would have suffered discrimination and even violence at the hands of their peers, family and also law enforcement in their daily lives.

Based on these interviews Dittrich said HRW considered it a human rights violation to have these laws on the books. He said it was time for these laws as well as other related ones to go.

"The main recommendation would be – repeal those buggery laws, sodomy laws and indecency laws and introduce anti-discrimination legislation including sexual orientation and gender identity as grounds for non-discrimination."

Dittrich also said the hope is that the "I Have to Leave to be Me" report will be used to put pressure on governments across the region to begin the process of repealing the laws.

"I really hope that civil society groups will use this report in the coming years in order to put pressure on their governments in order to change the law and protect LGBT people against discrimination, violence, harassment and bullying."