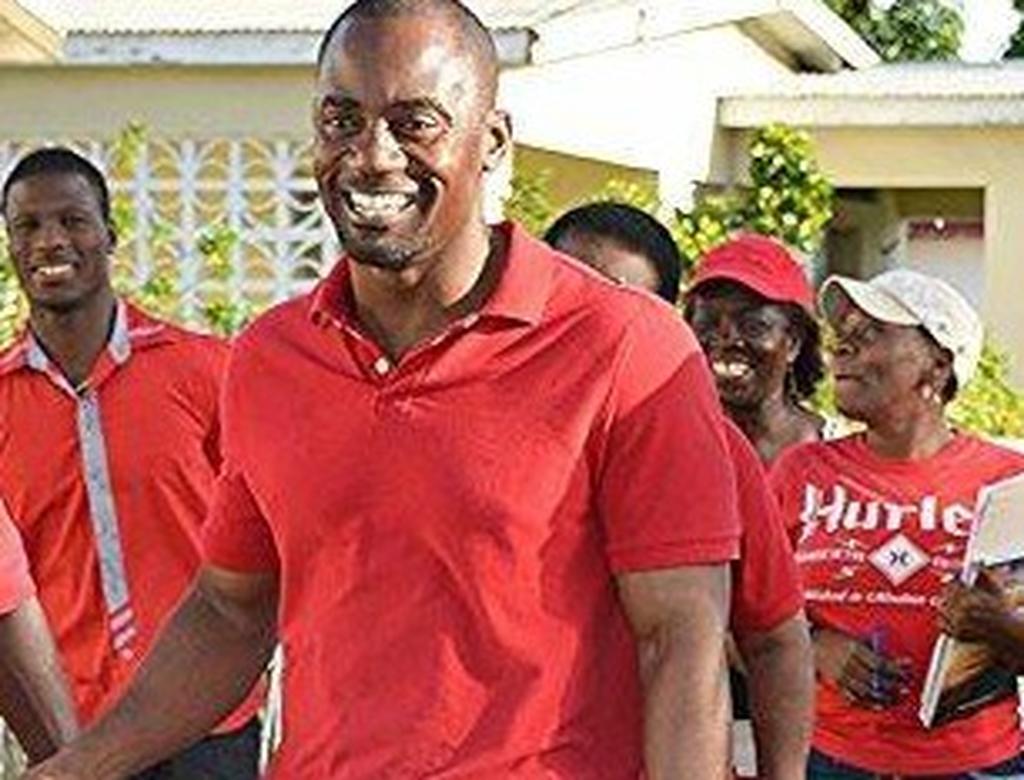 It is time that the people of St Michael South are no longer neglected.

That was the message from Barbados Labour Party (BLP) candidate for that constituency, Kirk Humphrey.

Speaking as the BLP continued their rubbing shoulders initiative in that area yesterday, he scolded Member of Parliament for that area, Prime Minister Freundel Stuart, for his lack of representation, while stressing that he is committed to addressing problems in the district:

"Representation means we will hit the ground, we will get to know the people, we will build relationships. And our primary concern is building the trust between ourselves and the people so we can act on the people’s behalf.”

One of the main issues he highlighted was the unkept promises of work for people in that constituency:

“They got no work when they built the Grotto.

"I understand that they are talking about getting work when they build the Hyatt, but history has told us that when the Government through this particular contractor engages in work, the people in surrounding areas get none of that work."

Humphrey also used the Grotto to highlight what he said were many challenges persons faced accessing housing in the area.

He stressed that during his canvassing the need for housing became very apparent, as persons asked him about solutions:

"So they had a legitimate expectation in believing that they would get to live in the Grotto - they didn't just conjure it up in their minds. Most people who grew up in the Bayland and Brittons Hill and Paddock cannot now get into the Grotto because the rates that they are charging are not for poor people - poor people cannot get a space in the Grotto."

Stressing that there is a need for "more transparency and there are definitely cases where we need more accountability,” he urged the people of St Michael South to help him bring that change to consistency.

Too many broken promises from DLP government

DLP: We are listening to Barbadians