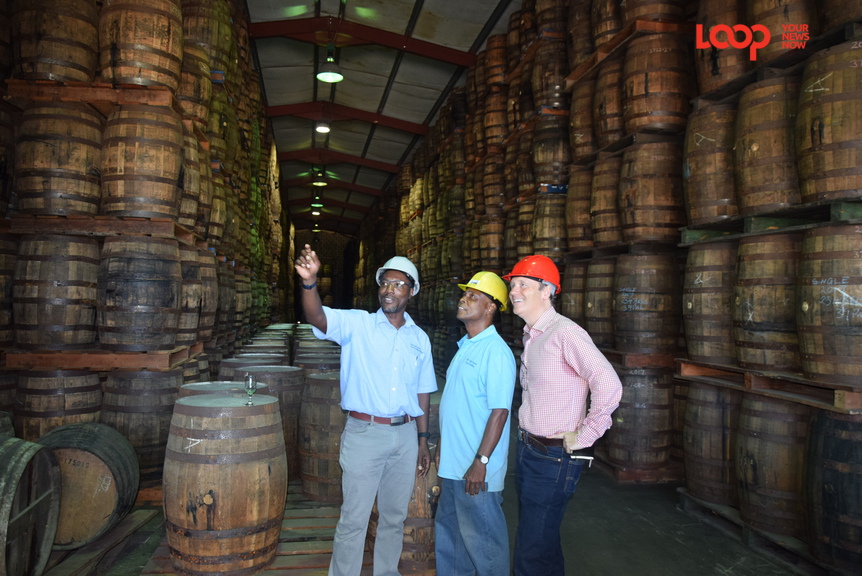 A prominent Barbadian rum distillery believes the island should be selling more rum on the global market.

Owner of world-renowned, West Indies Rum Distillery, Alexandre Gabriel was speaking to the media at a tour of the distillery’s Brighton St Michael headquarters, when he contended the island should be producing and exporting more than the current amount of $40 million.

“I think if we work very hard and we continue, I think within the next ten years we [West Indies Rum Distillery] should be doing seven times more ... I believe that every single good bar, restaurant, store should have a bottle of Barbados rum and I believe there is room for several producers.”

Gabriel disclosed that as the Plantation Rum continues to be top trending and best-selling rum brand in the United States, the West Indies Rum Distillery sought to share their history with the Barbadian public and tourists in the future. He said the documents were found in the distillery’s fault dating back more than 40 years ago.

The distillery is currently working with the Barbados Museum and Historical Society and local historians to uncover the forgotten history of Barbados linked to the West Indian Rum Distillery.

“We think that in about 12 to 18 months, the distillery will be open and we will open to regular tours and the general public will be able to come and see some of their treasures,” he declared.

Broaching on the topic of the recently introduced breathalyzer testing, Gabriel said that the move by Government had his full support.

Speaking to the media after a tour of the distillery, Hassell stated that the move was “a great development for the country”.

Operations manager, Don Benn, added it was the distillery’s mandate to promote drinking responsibly and encouraging individuals to be safe on the island’s roads.

“Responsible drinking is always something that we tell our staff and we would want anyone enjoying rum whether it be Plantation or any other brand to do that. Safety is key, we want people’s families to be protected so if this is a step in that direction we are fully supportive of it,” he commented.