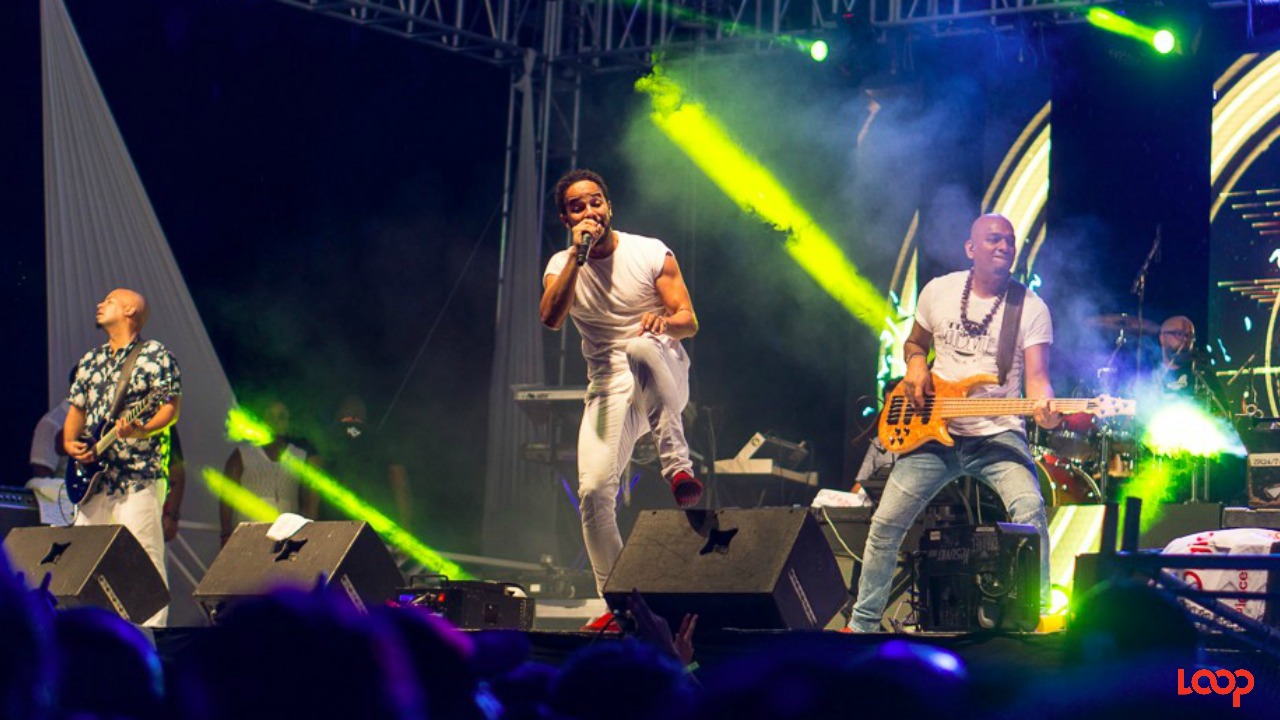 Kes the Band brought Kes on the Rocks to Barbados for Crop Over and it was called ‘Tipsy’.

The all-white beach party organised by Twisted Entertainment had piqued interest from last year, and when persons entered the Pirate’s Cove venue again this time, it was a whole different setup. People who usually only care about the music and the drinks even found themselves ‘wowed’ by the stage at Tipsy. Props to the organisers and the stage assembly and lighting crew - those guys elevated Tipsy 2017.

The deejays for the evening were not about the same old, same old either and they kept the vibe hyped. Jus-Jay, Hutchy and Sizz, Private Ryan and Assassin Singh, Scott and Mali, Salt and Don and Sheldon Papp and Level Vibes did not disappoint, in fact, they shocked some people. For example, when Papp took the mic and Vibes setup at the laptop, it was a real “Oh yea, they can switch it up” moment.

Stiffy came straight from Soca on the Hill and the two-time Bashment Soca King did not arrive alone. In tow, he had Jagwa De Champ and he sang ‘Drinka’ which had the crowd bawling ‘Aye yah yah yah yo’.

Then it was time for Kes the Band in concert. No corners were cut by the Trini band and for that they earned msive respect from the patrons who never expected a performance of such a high standard for their $80.

From the time Kes the Band started with Incredible ‘Jam On’ till the last jump on stage during ‘People’ it was one big party and full unity at Tipsy. No matter ‘Where wuh from’ Kes embraced all patrons and constantly preached togetherness. He talked about how Krosfyah influenced Kes the Band and vice versa, and how Trindad's music is influenced by Barbados' and vice versa and how every island is influenced by Jamaica.

Some may not love when soca artists do covers but this was minimal on Sunday as Kes got ‘Wutless’ and took off his button-down shirt and eventually his under-Tee as well. With his new haircut, fans showed that no love was lost as they screamed and sang along.

Kes musically quizzed and challenged his crowd with tidbits of tracks begging them to sing along and name the famous Caribbean singers from just snippets of hits. And that segment all started because he said that he hopes the Reggae Festival 2018 in Barbados will have “Driiiiivuh don’t stop uh’tall,” aka Buju Banton. The whole beach full of people went crazy, and he went on to do Beenie Man, Barrington Levy and others in quick succession for a couple of minutes.

Nailah Blackman joined Kes the Band on stage to perform their song ‘Workout’ and then she gave the crowd her track ‘Baila Mami’ by this time the rain was pouring and those were shifting the drizzles just embraced the cool. Umbrellas were aplenty but the real Crop Over babies and soca lovers just partied harder in the downpour.

Kes the Band was hype from start to end. They performed for just over an hour. They gave ‘Thanks to de Father’, introduced persons to ‘Combine’ and had patrons looking as though they would party ‘til de morning light.

Summing up Tipsy 2017 in one sentence - the drinks were flowing, the food was ‘so good’, popcorn was popping, everyone was jamming, performers outstanding and the vibes were amazing.