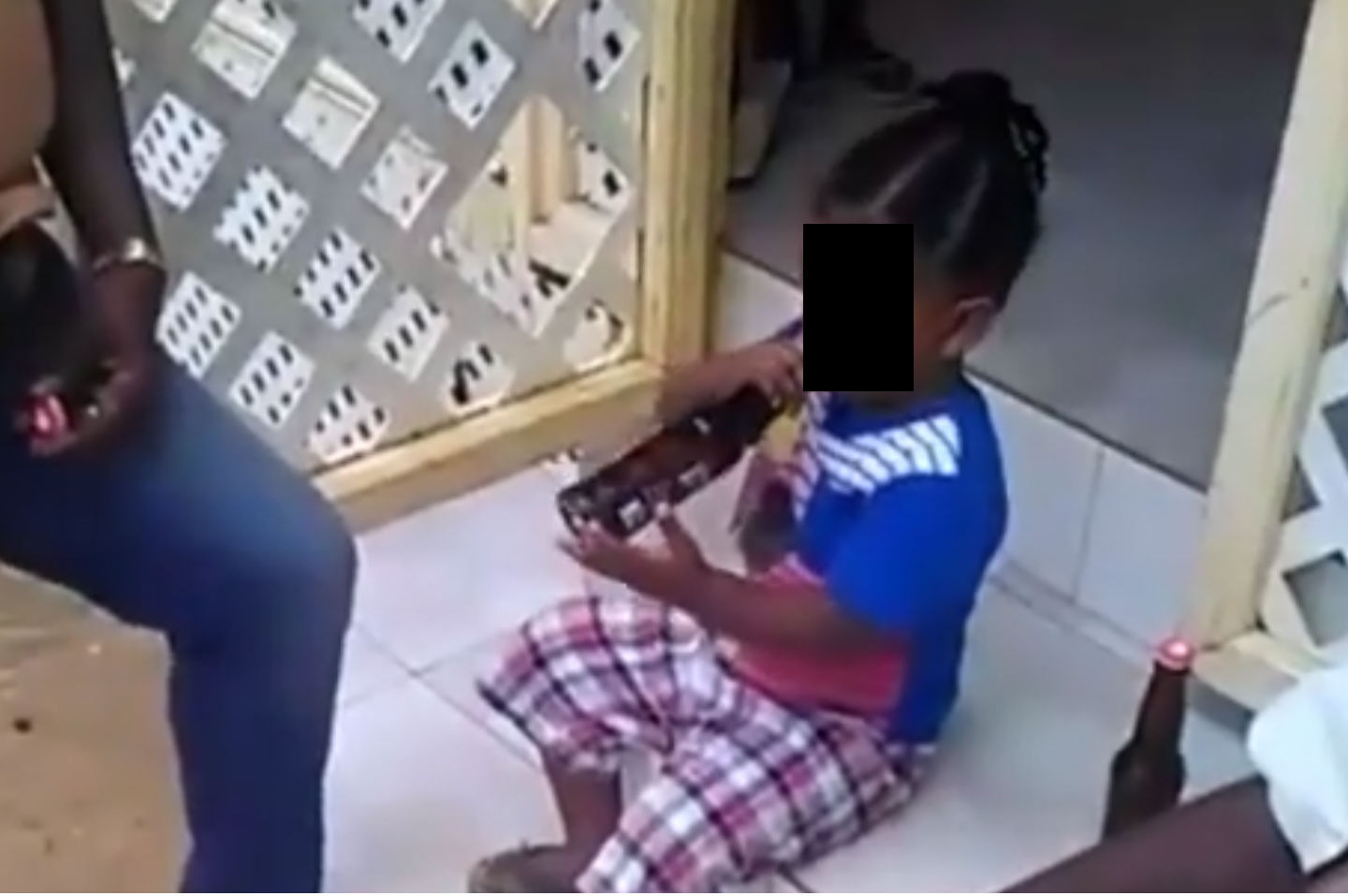 Screengrab from the video

The public is reacting violently to a video on social media of a toddler drinking from a Banks beer bottle.

Banks Holdings Limited (BHL) too has quickly responded to cut any ties and to stamp their stance on this matter at hand.

"A video, which appears to show a child consuming a BANKS beer while in the presence of at least two adults, has been brought to our attention.

Additionally, they have taken next steps in the event that the young boy was indeed consuming alcohol.

The statement added, "We are unaware of the identities of the persons involved in this incident, however, we have brought the matter to the attention of the state-run child protection agency and the Royal Barbados Police Force for further investigation."

On Instagram, members of the public were up in arms, however they were divided in the targets of their anger. Some people are irate at the adults who allowed the toddler to drink from the beer bottle, while others are annoyed at the person who chose to share the video.

The biggest argument being touted by those who are angry that the video is in circulation now, is that the child could be consuming another liquor poured in to the bottle. "Wanna don't know what in d bottle..... people need ta mind dem own business". This comment was most popular, receiving over 25 likes on one Instagram profile where it was shared.

This section of persons are saddened that the video was shared without knowing the full story and details because, as one stated: "every ****ing thing wanna putting pun ig wanna in know what in day that is ah child that can get take away from his mom or dad."

Meanwhile another added: "Social media just turn people foolish. This isn't anything to post. Whether someone sent it to the page owners here or not."
Quite a few took issue with whoever shared the video, saying that even if it were sent to them, a decision could have been taken not to post and share this material.

Few people were enquiring about what country the child is in or where was the video shot, indicating that the video is going viral beyond Barbados' shores.

However in the video, the little boy sitting between two adults, does take the bottle down from his lips and speaks saying something about "drinking water" and "dah bottle".