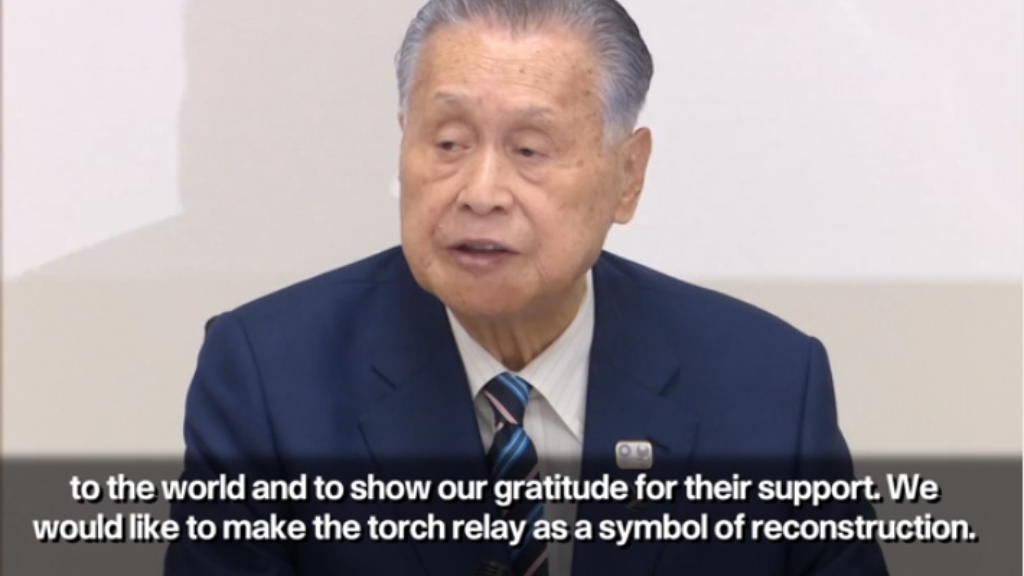 Tokyo Olympic organisers say the torch relay for the 2020 Games will help showcase Japan's recovery from the 2011 earthquake and tsunami.

Upon its arrival in Japan, the Olympic flame will be put on display at various locations in the Tohoku region to help underscore Japan's recovery from the disaster that took more than 18,000 lives and triggered meltdowns at the Fukushima nuclear power plant.

The torch relay will spend three days in Fukushima, Iwate, and Miyagi, the three prefectures hit hardest by the disaster.

While reconstruction from the disaster is making steady progress, more than 70,000 people are still displaced from their communities.

The relay will also spend three days in each of the four prefectures hosting multiple competitions during the Olympics and 15 days in the Tokyo Metropolitan area.

While the precise starting point and route has yet to be announced, the torch relay will cover all 47 prefectures in Japan.

Organisers said the route will include numerous regional and national landmarks before reaching Tokyo and that thousands of torch-bearers will take part.