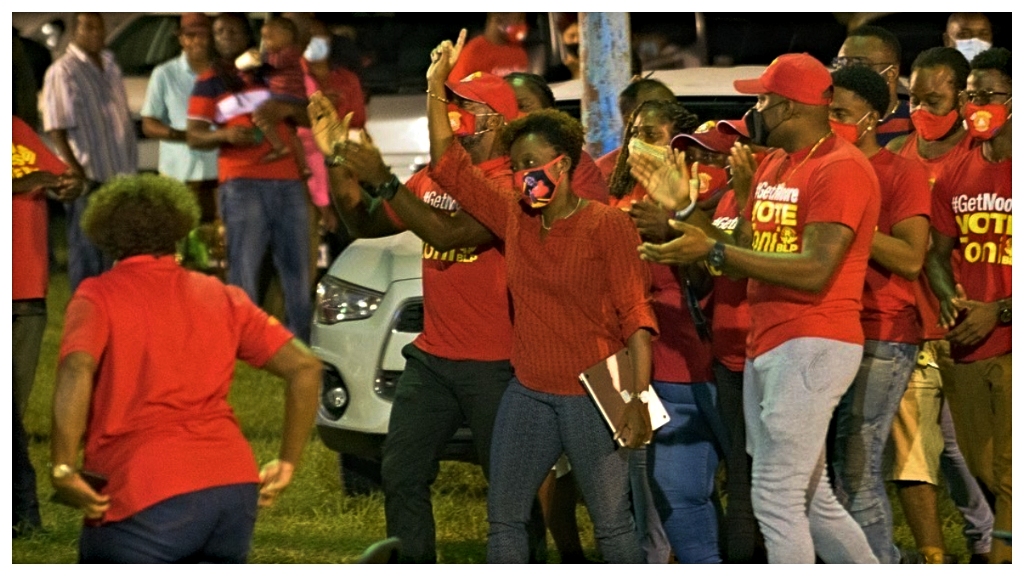 The Barbados Labour Party (BLP) does not regret going with Toni Moore for St George North.

Attorney General defended the Party and Committee's selection once again on Sunday night (October 11) as the by-election campaign continued.

Related article :BLP needs Toni Moore: She is 'no pushover', can stand up to BLP team

Acknowledging that "there are a set of people who feel you can't work for the Union and be in politics at the same time," he said that they are saying "this and that" about Moore who is also the General Secretary of the Barbados Workers' Union (BWU), he said that no one said such about SIr Roy, Evelyn Greaves or Bobby Morris "who ran in an election when the DLP was expected to win . . . The DLP has to find something to say."

He went on to say, "There are a set of people who ask you to resign, that you should resign because you're an independent Senator, well I'm not AG for nothing.

"Let me tell you that in the Constitution of Barbados the term Independent Senator does not exist, nowhere in our constitution is there any reference to an Independent Senator, the government appoints its Senators, the Opposition appoints its Senators and the Governor General chooses people from various areas - the church and others, and she chooses individuals of high repute to nominate.

"So the first reason you should vote for Toni Moore is because the Governor General of Barbados considered her to be an individual of such repute that she merited going into the Senate."

Therefore he posited that the people of St George North should believe too that she is good enough to go into the House of Assembly.

Standing by the decision, he added, "I'm going to tell you . . .  BLP works with labour and does not try to destroy labour."