The Barbados Hotel and Tourism Association has announced a new addition to the Barbados culinary calendar, the BHTA Art of Cuisine - Barbados Meets the World.

The visiting chefs will be hosting a series of workshops with local chefs, food-finding expeditions, two nights of fine dining at Oceans Two and Daphne's Restaurant, and a high tea event at The Crane Resort.

Grant told a media briefing that through “exploration and discovery”, the event will focus heavily on strengthening the linkages between tourism and agriculture.

They will also be collaborating with the ongoing Dive Festival to take the chefs diving for lionfish, which will be used on the menu at one of the dinners.

“The chefs will going to various areas to explore the utilisation of Barbadian produce which they will use in their workshops and in their menus,” Grant outlined. “If we are going to continue that Barbados is the epicurean capital of the Caribbean then we have to make sure that we are constantly upping our game.”

He emphasised that the BHTA wanted to ensure that other sectors benefit from the economic growth within the tourism sector. 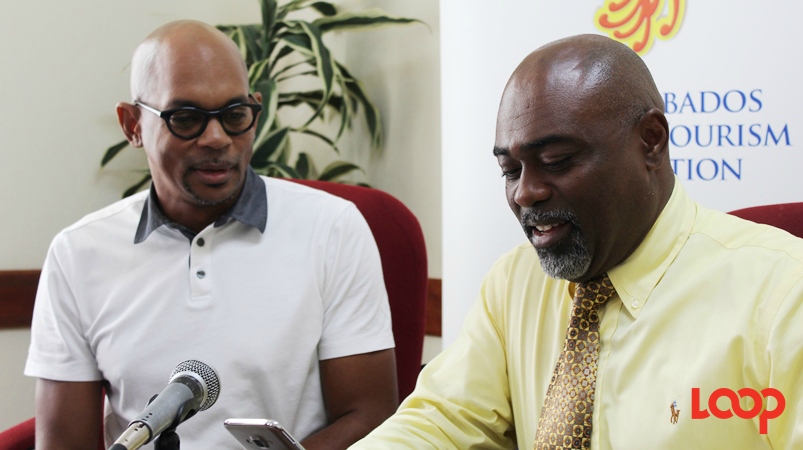 Chef Jason Howard, who joined the briefing via Skype, pointed to the recent success of the Barbados Culinary Team at the Caribbean Hotel and Tourism Association (CHTA) Taste of the Caribbean competition as testament that Barbados is a leading figure in Caribbean culinary arts. However, he said more work needs to be done in providing local chefs with international exposure.

“We’ll be talking about food trends, how food is evolving and going forward,” he explained.

He said part of the ‘exploration and discovery’ will focus on recovering traditional knowledge about herbs and other produce found on the island.

“We would like to share the knowledge with the chefs that you can actually go and forage these plants,” he said, noting that they will be looking at which plants and herbs are safe to use in cooking.

Emphasising that only local ingredients will be used throughout the various events, Chef Jason added that Barbados will also be exposed to the culinary world as ChefsTalk, an online culinary forum with over 1.7 million followers, will be taking in the event.

“We’re going to get Barbados packaged as a culinary destination to the world,” he added. “It’s not about bringing outside chefs in; it’s about bringing them in to work with what we have in Barbados.”

Barbados tops Taste of the Caribbean