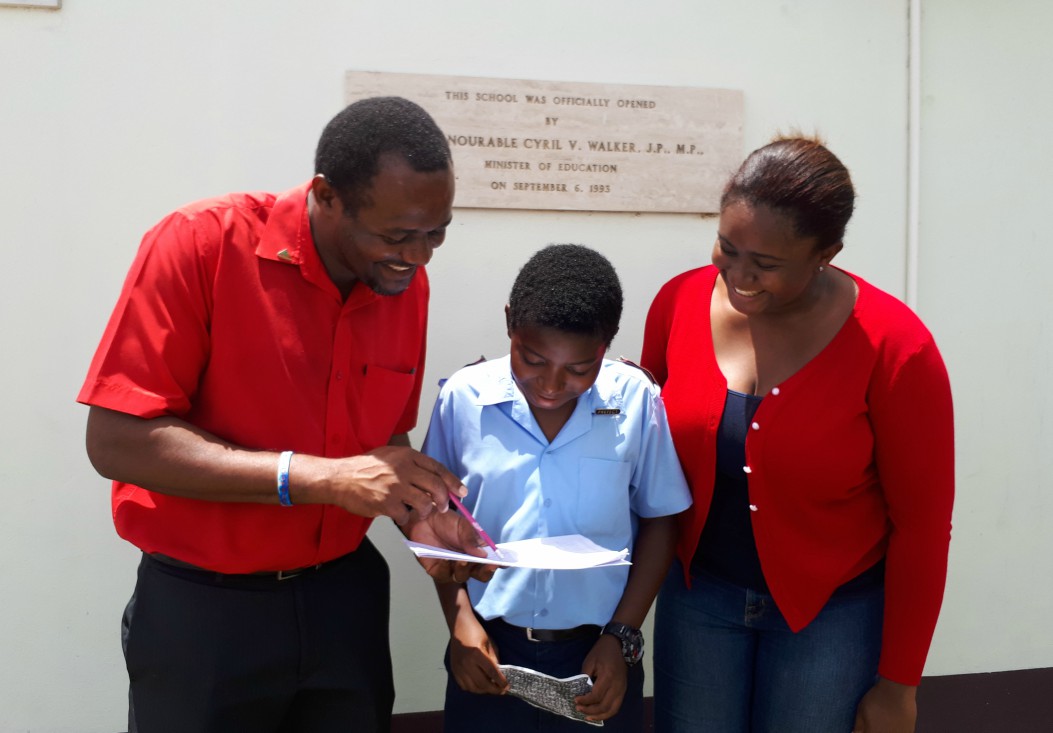 Class 4 Teacher at the St. Stephen's Primary School, Terry Carrington, has had an exceptional week having copped the award for the best Common Entrance Teacher in Barbados and also having a student in the Top 10 Performers.

When Loop News visited the Black Rock Primary School on Thursday, Carrington was busy engaging with parents and students all while beaming from ear to ear at his recent success.

Carrington said this year's Common Entrance experience was a tough but rewarding one. He said his class of 27 boys, along with the parents, put in a lot of work over the last year.

"At times we put the boys on the backburner [so] it is good to see that a boy was the top finisher in my class. I am really appreciative of the help the parents gave."

Carrington added the parents were fully behind the teaching strategy he used with his class and also revealed they were the ones who nominated him for the award.

Being a Class 3 and 4 teacher for the past 11 years, Carrington confessed, has had its fair share of challenges when preparing students for the examination. He said over the years he has been able to master teaching concepts to ensure students take away as much knowledge as possible.

"Each year has had its different experiences, I remember when I was in, what you would call the lower streams and that really taught me how to teach children in terms of helping them to understand concepts... and getting different ideas on how to present the work to the children."

St. Stephen's top performer and fifth overall in the island, Amaani Holder scored 239.51 with an A in Composition to secure a place at Queen's College come September.

He admitted that on the day of the exam he was quite nervous but he pushed past those feelings to get the work done.

"I felt the butterflies in my stomach a little bit but when I got into the examination I said to myself: treat it as another practice exam and I just did it."

His sister Adrienne Holder said Amaani has always been a focused child and although he got tired of the extra work at times he pressed on.

{Pictured below: Amaani (center) and his best friends, Xaundre Baptiste (left) who will be heading to Queen's College and James Ross Cadogan (right) who will be attending the Alexandra School.} 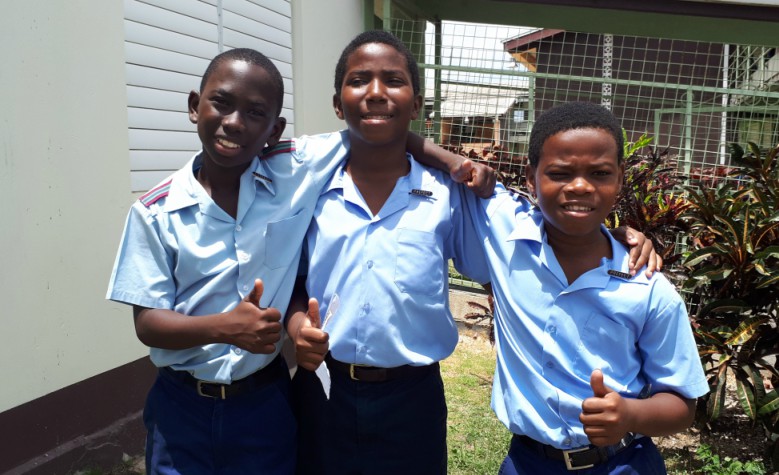 "He has had moments where he was so frustrated, [saying] 'mummy I don’t want to do anymore work' but he was always focused from young and he made the sacrifices and they clearly paid off," Adrienne said.

She added Amaani's success comes as no surprise considering the Holder family is academically inclined with quite a few teachers.

St. Cyprian's Boys come out on top in 2018 Common Entrance

Top girl in Common Entrance wants to be an animator