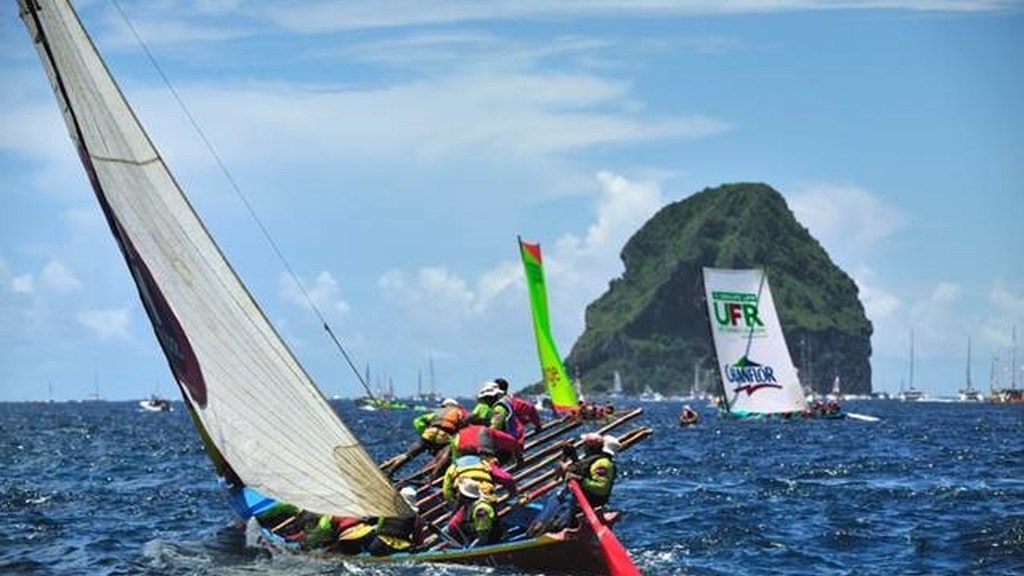 What started as a simple local event is now the national sport of Martinique.

The "Tour de Yoles” is one of the most important nautical competition unique to Martinique as well as a cultural emblem of the island.

The event was created by local fishermen who combined their Creole know-how and the maritime legacy of sea navigation to product a distinctly Martinican event.

This year’s event, the 35th edition, will take place from July 28-August 4 throughout the island in seven stages.

All eyes will be on the sea that week as island life will beat to the rhythms of the event.  All Martinicans are excused from work and the coastline is lined with people gathering to admire the colourful boats or enjoy the various musical events that accompany the race.  You can even follow in the wake of the race by boat and cheer on your team.

The festivities begin in the town of Le François on Saturday, July 27.  While the exact route is still being finalised, these are the expected stages. The race kicks off on July 28 from Francois to La Trinité.

The second stage on July 29 runs along the northern tip of the island from La Trinité to Saint-Pierre.  July 30 brings the race along the western coast from Saint-Pierre to the capital city of Fort-de-France.  Stage four on July 31 traces the route from Fort-de-France to the coves of Les Anses d’Arlet.

The fifth stage runs from Les Anses d’Arlet to Diamant on August 1 with stage six hugging the southern coast of the island from Diamant to Sainte-Anne. Stage seven on August 3 goes from Sainte-Anne to Vauclin.

The eighth and final stage will take place on Sunday, August 4 from Vauclin to Robert.

The "Yole Ronde" was created in the 1940s by a carpenter from le François, inspired by both the gomyé (or gommier) fishing boat and the European yole. At that time, the fishermen mainly used sailboats strictly for work.

However, wild races were organised every Sunday and then with more frequency during the community celebrations in the towns of Le François, Robert, and Vauclin. The growing interest inspired the "Société des Yoles et Gommiers de la Martinique " in 1972.

In 1984 the gums separated from the yoles and " La Societe des Yoles Rondes de La Martinique " was born.

The Tour des Yoles week is a moment of intense communion of emotion and fun where all eyes are turned towards the horizon and our sails deployed.

For those in the US wanting to experience this festive moment, American Airlines is providing daily and non-stop service to Fort-de-France, Martinique from Miami, starting June 7 and through September 3, 2019.

For more information on travel to Martinique, please visit us.martinique.org

For more detail about the race, please visit http://www.tourdesyoles.com/