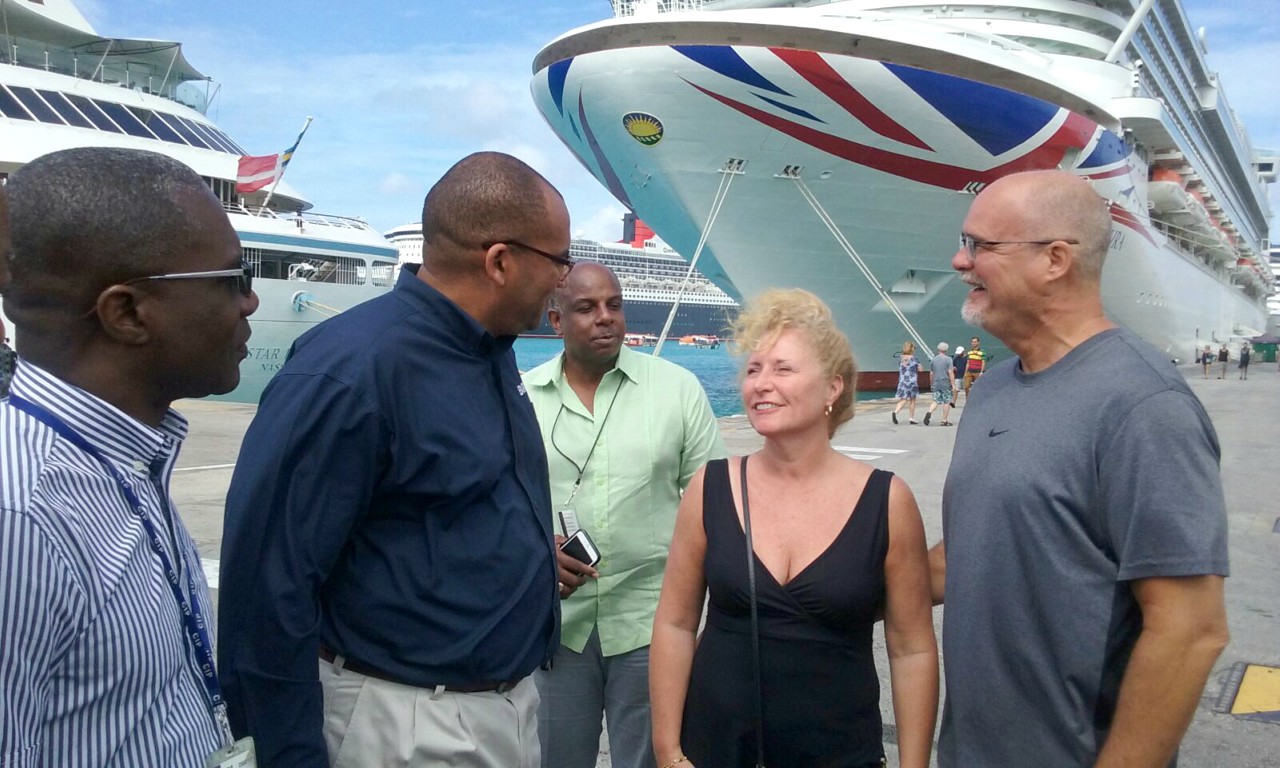 An engineer by profession, the Minister of Tourism Richard Sealy is optimistic that the sewage problems affecting the South Coast will be rectified.

Investigations conducted by the Barbados Water Authority (BWA) and consultants from Trinidad and Tobago have shown that a breach in the South Coast sewage network is responsible for overflows, which are impacting businesses and residents in the area.

Speaking to the media at the Bridgetown Port after welcoming the island’s 812,864th cruise passenger, Sealy said he had been briefed on the situation, and he is confident that it will be brought under control.

“I think that the team at the Barbados Water Authority is actively dealing with that issue, and I have been assured that the course that they are on will bring relief to that entire situation in short order. Obviously, it is a situation that needs to be attended to and is being attended to urgently,” he stated.

Wrapping up 2017, he said that he was part of an exercise that allowed him to have been briefed on "where we’re going on that. I am anxious to see it being brought to an end and of course, once the relief has come, we then have to decide on the long-term solutions going forward because we don’t want a recurrence.”

The BWA’s Waste Water Division has been working assiduously to address the situation by flushing blocked lines, installing a sewage bypass and putting measures in place for the reactivation of the Lift Station at Bay Street, St. Michael, in order to facilitate the connection of the South Coast sewage network to the one in Bridgetown.

According to BWA officials, connecting the two networks is expected to temporarily reduce the burden on the south coast sewage plant and allow them to repair the compromised lines.

Tom and Laura Thieman from Dayton, Ohio, United States of America, arrived at the Bridgetown Port on Friday, December 29, 2017, aboard the Windstar.

The couple was welcomed by Tourism Minister Richard Sealy and Chief Executive Officer of the Bridgetown Port, David Jean-Marie, and other officials. They were presented with a plaque to mark the occasion, as well as several gifts. 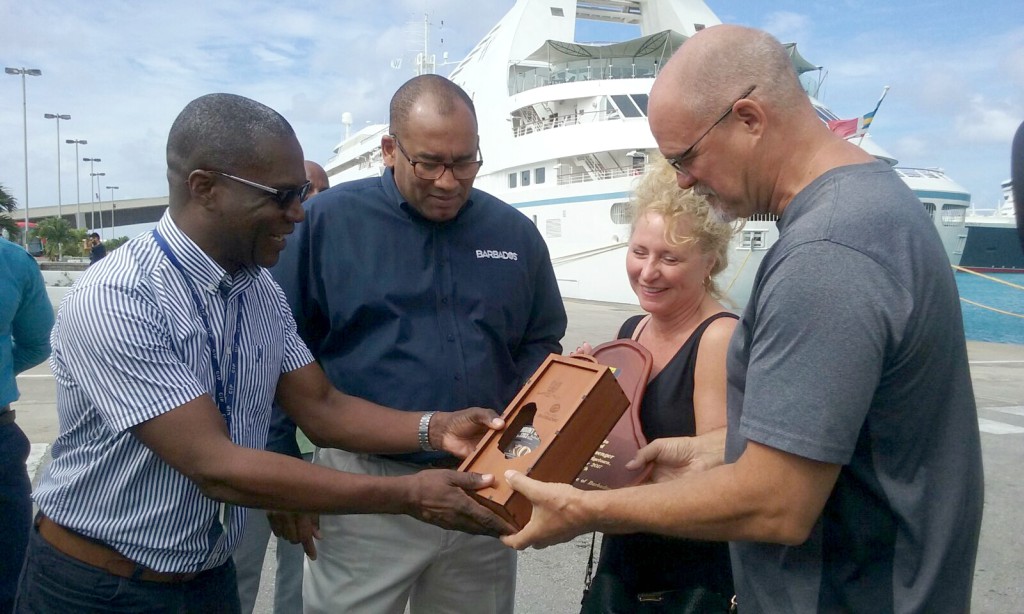 Mr. and Mrs. Thieman said this was their first time visiting Barbados and were excited, especially after receiving such a warm welcome, from the officials.

They added that they were interested in participating in many activities, including going on an island tour.

Help is coming for 'suffering' South Coast residents and businesses