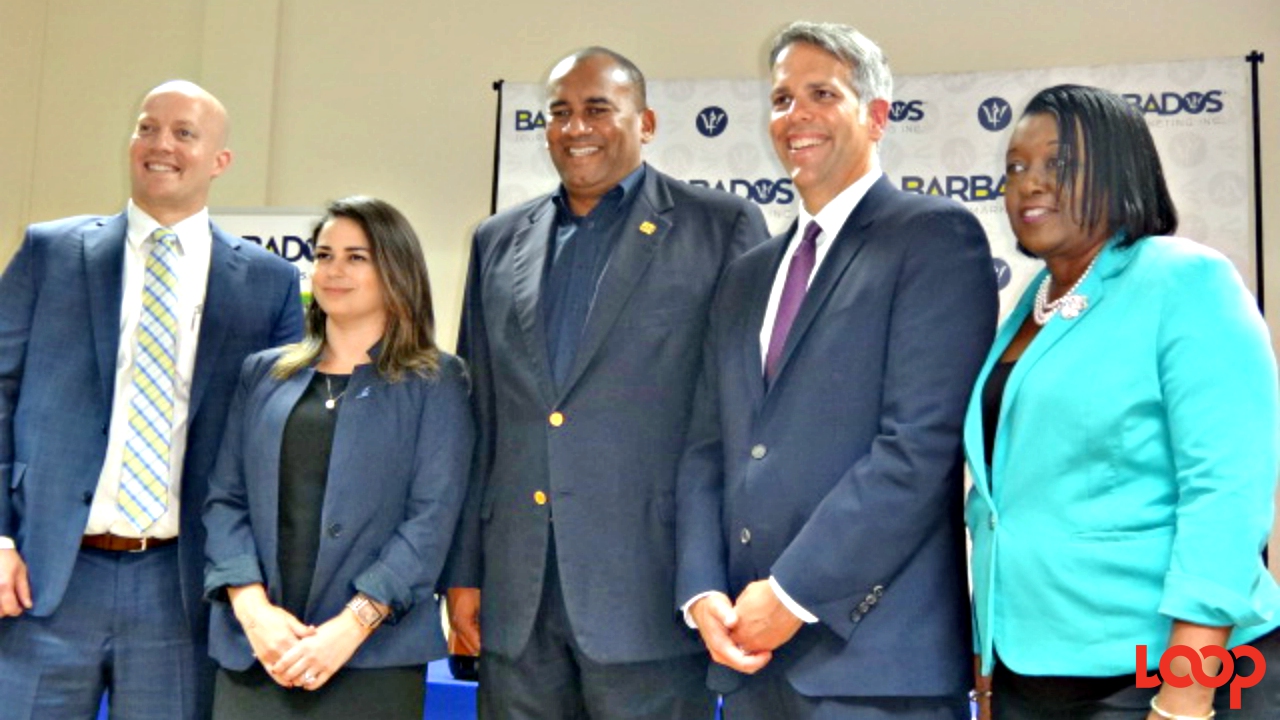 "I think the relationship with JetBlue is truly an important one," said Minister Richard Sealy (third from left).

Despite being referred to as a low-cost carrier, he says they offer first-class options, "and it's heartening to hear that the Barbados route is the one in the Caribbean that they have been doing the best with in terms of the mint service."

Speaking to the media following a courtesy visit paid to him by members of JetBlue executives, the minister says it is good to hear that JetBlue is moving from having 11 aircraft in their Mint Service fleet to having over 30.

He says with this expansion, there will be more mint services coming into Barbados "and that will only better for tourism," he cited.

He praised the relationship that Barbados has had with Jet Blue since they landed here in October 2009.

"I think the relationship with JetBlue is truly an important one. [In] 2017 I think there will be 190 000 seats coming into Barbados from four different gateways, this is remarkable," he stressed.

The previous year he stated that there were only about 160 000 and noted that such relationships can only get better and he is hopeful that after eight years the partnership will get stronger.