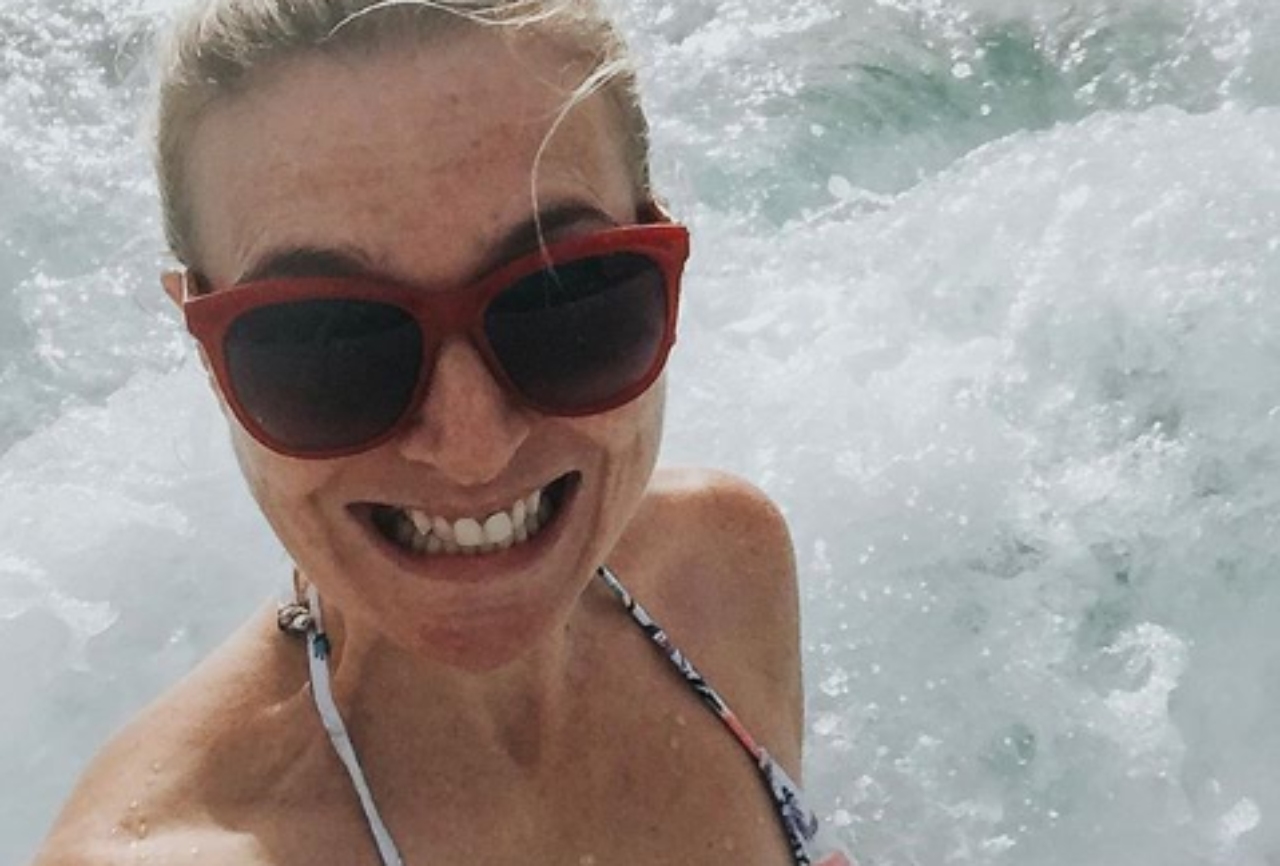 Sara Domini at the beach in Barbados

Travel Editor Domini Clark has a way with words and while many were bashing the weather system for his environmental impact or for ruining or altering their plans, she called Tropical Storm Kirk out on his 'cheeky' actions.

Her Instagram account says "obsessed with the UK (but I go other places sometimes, I swear)" and she's telling the truth. On a recent trip to Barbados, the Editor was stuck on island when Tropical Storm Kirk paid Barbadians a visit. She was supposed to depart and travel to Dominica on Thursday, September 27, but both countries were under Tropical Storm Warnings and many flights were cancelled for safety reasons.

On learning of her extended stay, she wrote: "I was supposed to fly to Dominica today but Tropical Storm Kirk had other ideas. So I’m stuck in Barbados. Honestly, I’m fine with it. I’ve still got my room, I’ve got work to do, I can go out tonight and see more of Bridgetown. Some people are stressing but I don’t see the point. I’ve got bigger things to worry about anyways ha ha."

She stayed at Hilton Barbados.

And she truly used her extra time to enjoy more of Barbados. Her recap of a beach excursion on Friday ahead of Kirk's rains, hours before 'he' made his way ashore, was hilarious. But don't take our word for it. Read it for yourself.

"Oh sure, I’m smiling like the Joker now, but in about 30 seconds, after that substantial wave crashes over me, one of the local surfer boys will motion that my right ****** has fallen out of my bathing suit.

"And a couple minutes after I tuck that back in, an even larger wave will undo the left tie of my bikini bottom, exposing my lady bits and sunburned a** to the aforementioned surf dudes and one older male hotel guest.

"And then I will decide that perhaps it is time to leave the ocean. Tropical Storm Kirk, you’re a real pervert. 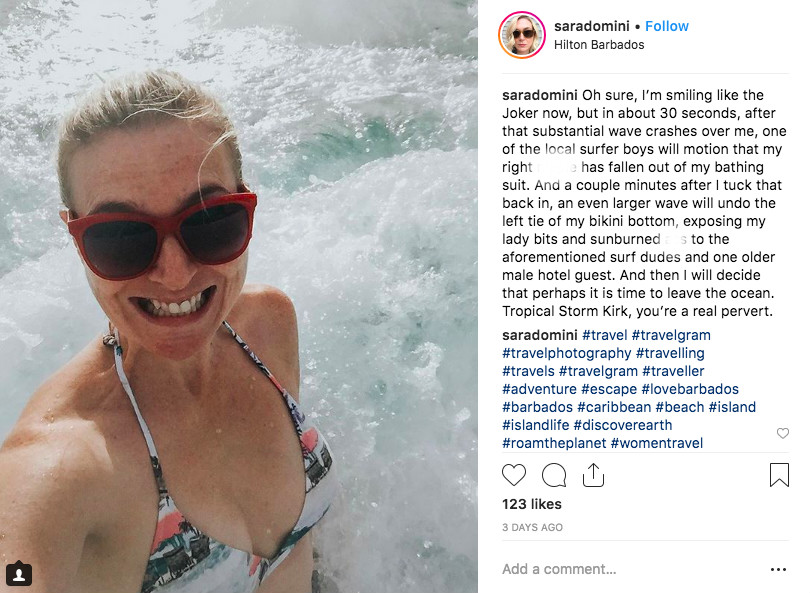 But that 'pervy' Tropical Storm never dampened her spirits. The next day after Kirk lashed Barbados with torrential rains, thunderstorms, lightning and gusts of wind, she wrote a heartfelt thank you to the hotel and the group she came with, saying:

"That was a wild night with Tropical Storm Kirk. Reports say it dumped 9.5 inches of rain on Barbados, with sustained winds of 37 mph and gusts of 48 mph. The storm is still going but has definitely lessened in intensity. I’m sure the local surfers will be back riding the waves soon.

"A big thank you to @hiltonbarbadosresort and @societyofamericantravelwriters for looking after those of us who had to extend our stay."

Members of the Society of American Travel Writers were in Barbados from last weekend.

Thanks for visiting Sara #doitlikedomini