Training for Customs and BRA officers 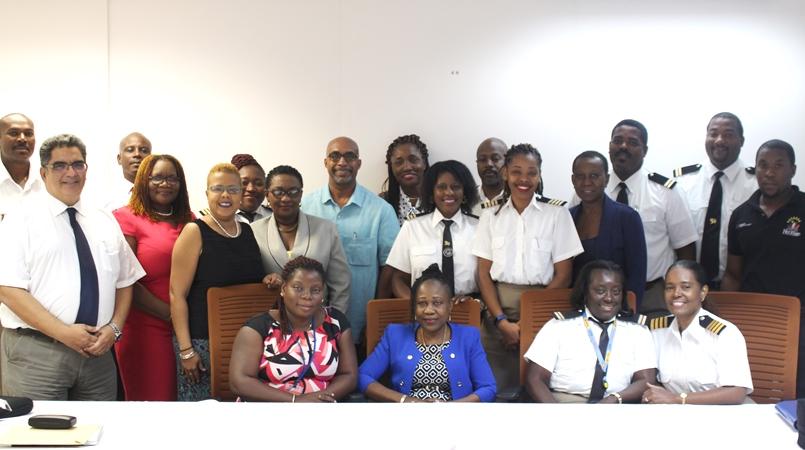 Margaret Sivers, Revenue Commissioner, BRA explained that the HS is an international classification standard for goods and a vital tool in international trade.

“This workshop served as a refresher for some officers and an introductory course for others. Overall, it fostered greater understanding of the HS classification which is important in policy development and I would like to thank CARTAC for its continued technical support and assistance in providing training.”

She further announced that the Tariff Book was being adjusted in-line with the HS 2012 classification and later this year the ASYCUDA World system would be implemented.

Jude Charlery, Customs Tariff Specialist and workshop facilitator, explained that officer proficiency in classification is integral in ascertaining accurate trade figures which in turn allows for improved policies by the public sector.

“The coding system is used to identify particular goods to aid Governments in the application of taxes and duties, so in order for an officer to know what taxes are applicable to any item, they have to be able to decipher the code that corresponds. This plays a major role in trade statistics. My purpose is to primarily give persons the foundation on which they can build, because classification can be a little complex.”

Charlery emphasised the importance of the officers being fully prepared and knowledgeable of the classification principles, as there are some goods which can attract varying opinions from stakeholders.

“Officers can find themselves in a situation where the classification that they may have used for a particular product can be challenged by an importer who feels that the tax or duty applied is too high," he explained.

“A simple example is chewing gum which is normally classified as sugar confectionery under a specific code, however, for the chewing gum to be classified under that particular code, it has to be made with sugar but if it has an artificial sweetener, it should not be classified under that code but a different one, where in this case, the taxes are higher. And so, the officers need to know the difference and why goods, even those that seem similar, require distinctive codes.”