PHOTOS: Transport Board buses up and down 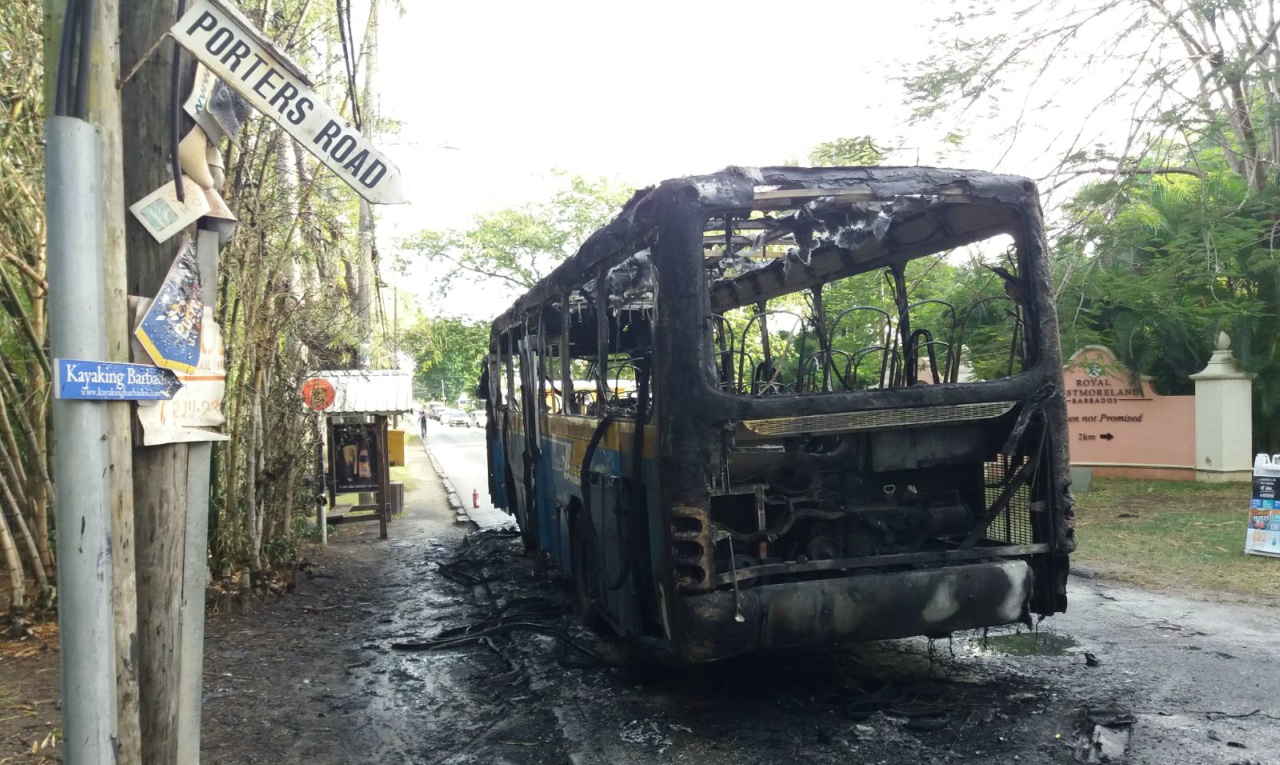 The bus was completely burnt this morning, while on its way to Speightstown.

One bus is completely destroyed and out of commission following an onboard fire today, April 19, 2018; no one was injured.

Learning of this news, members of the public are once more concerned about the aged fleet of Transport Board buses. In a video circulating on WhatsApp someone was blaming the fire on the old buses, though the police nor fire officials have released a cause.

Burnt Transport Board bus at Porters

Meanwhile, on Loop's Facebook page, Norbay Shara said, “OMG with so much problems with buses and now this, I think they need new buses cause the old ones are tired.”

In a comment to another section of the media earlier today, the General Manager of the Transport, Sandra Forde is quoted saying that we need new buses, a view which runs opposite to the view expressed by the Minister of Transport and Works some weeks back while in the Lower House.

She explained, “Given the mere fact that the last set of buses was purchased in 2006 and the oldest bus goes back to 1997. The record speaks for itself.”

Speaking to Loop News this evening about the impact of today’s incident on the bus service, she said that it is hard to say definitively. Asked how many buses are plying the routes currently, she could not give a fixed number.

This comes on the heels of last month's $5Million grant to Transport Board. Prior to Parliament dissolving automatically, the Transport Minister Michael Lashley explained the funds will be used to bring the accounts of the Transport Board up to current and also to pay creditors including Simpson Motors as well as to purchase parts for buses.

"These funds will be utilized by the technical department at the Transport Board, to purchase other parts for some additional buses that are out of the system and of course to ensure that they back up to the total that we are accustomed to, " Lashley said.

He, however, did not make mention of purchasing new buses, only refurbishing and rebuilding from amongst the current fleet.

"Work with what you have, refurbish and rebuild the mechanical end of things... there is no reason why we should be rushing and jumping and just buying news buses and when you drive past every single Transport Board depot you can see a whole slew of buses parked up that could be, in some instances, resurrected and put back on the road," he said at the time.

But one Loop reader is not encouraged and wants something done now before too late. Leta Caesar urged, "It's about time the transport board gets new buses," because she said today could have ended much different with painful consequences. "Supposed worst case scenario it did a bus full of school children and ram packed with people and some were unfortunate what would the ministry of transport be telling the families today? Time to get their act together but thanks be to God no one was seriously injured."