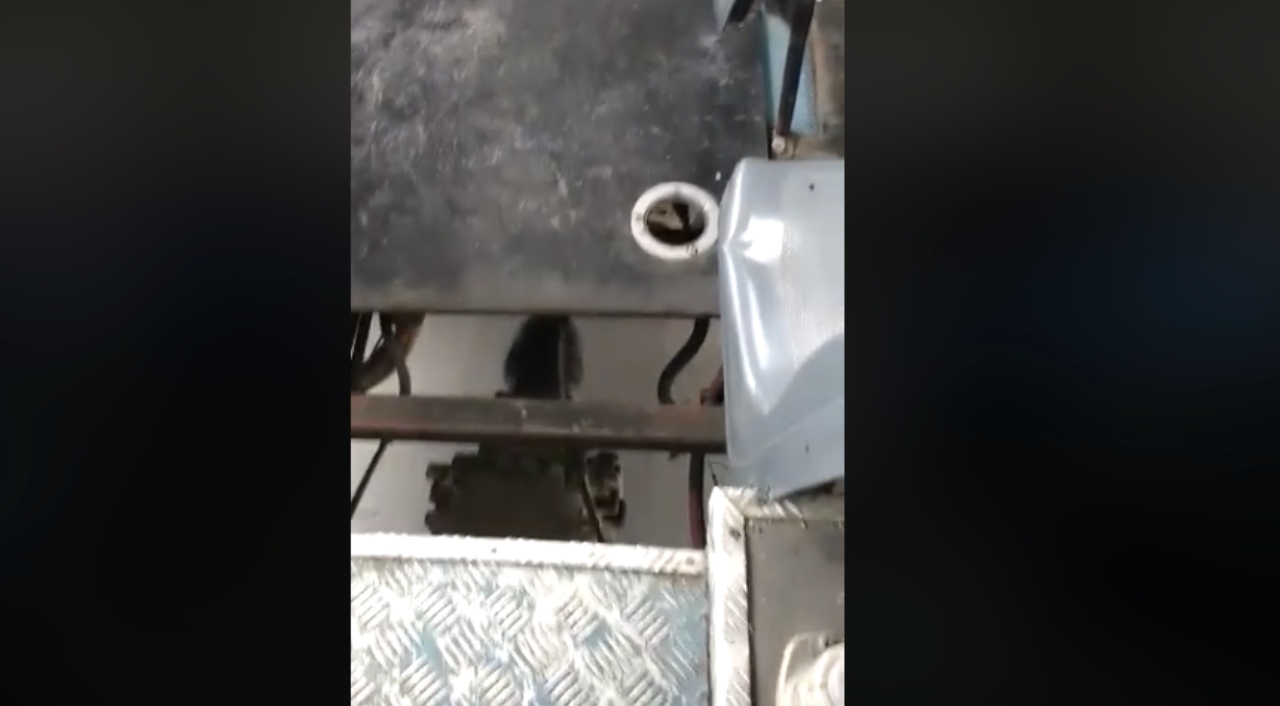 Screengrab from the video being circulated.

A hole in the bottom of what looks to be a Transport Board bus has sparked fury and left many in disbelief.

However, today the Transport Board responded to the public outrage, complaints and outcry saying that they welcome information above the bus in question as they conduct internal investigations.

In a video circulating on social media, commuters are comfortably seated in the sparsely packed bus, but the person recording the video is seated in the elevated backseats and as he or she looks down, you can see the road clear as day and the muffler as well as other parts "under the bus". The hole is square in shape as though a panel is missing and it looks to be at least a foot wide.

In a press release, the Transport Board stated that "even with all of the challenges being experienced, have always sought to ensure the safety of our commuters and staff and would not knowingly allow a bus to operate in a condition that could lead to a major injury to anyone using the bus.

"Therefore the video, which appears to be of a Transport Board bus in a state of disrepair, which is presently circulating on social media, has been actively engaging the attention of the management of the Transport Board and a thorough investigation is being carried out.

"It would be irresponsible of the Board to place a bus in this condition on the roads of Barbados as this would be hazardous to the safety and health of the commuters travelling on, and the staff operating, such a bus."

Taking the perspective from which the video was shot into account, the Board said that they would like some assistance to get the bus quickly off the road.

"Unfortunately, we are unable to ascertain from the video the bus number or location or either if this is a recent situation and would appreciate any persons who have any knowledge of this reaching out to us.

"In the interim, we will continue to investigate this matter to identify how such a situation could have occurred."

Between late last month and earlier this month, one Transport Board bus caught on fire and was completely destroyed by the blaze, while in another incident after a bus went around a roundabout, reportedly the battery fell out the bus.