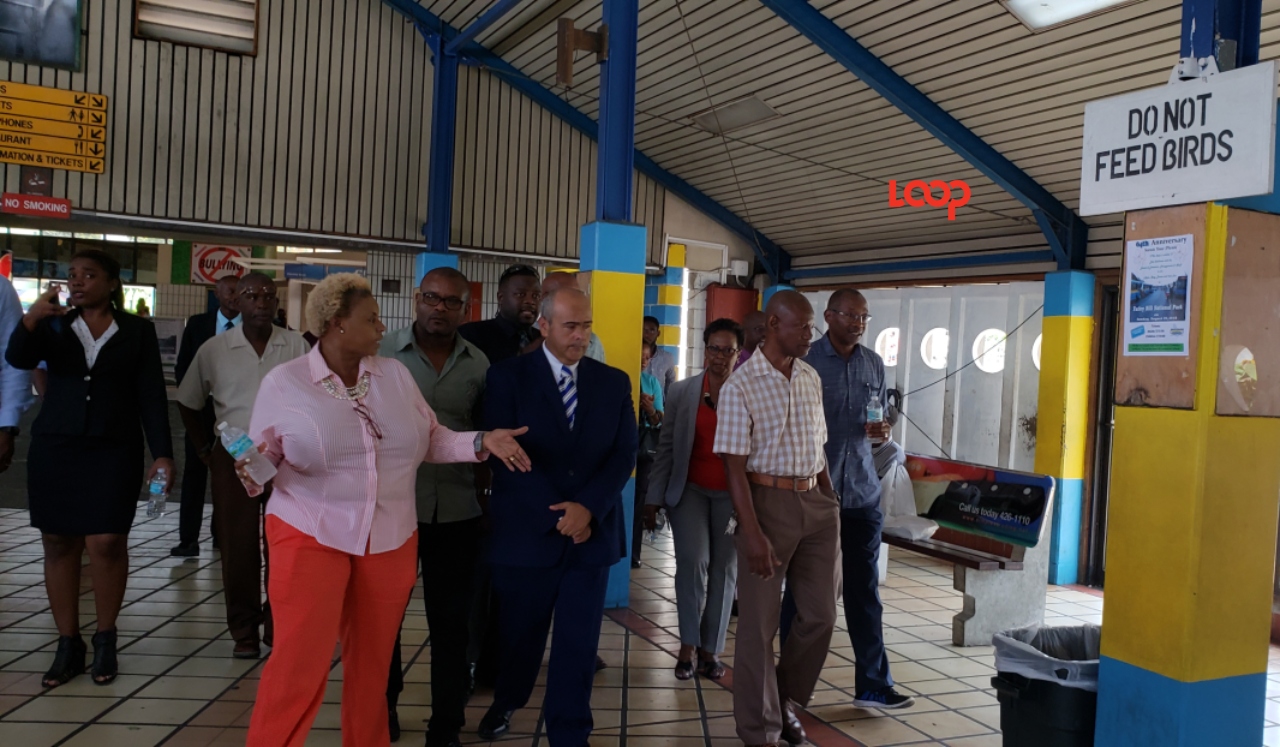 The lack of fire safety prevention and intervention systems and tools at the  Transport Board headquarters and the Fairchild Street Bus Terminal had the Minister of Transport Works and Maintenance upset and uneasy.

With the Head of United Commercial Autoworks Ltd (UCAL), Managing Director Peter Gittens pointing out that the facility at Weymouth was not setup to be a workshop hence the lack of a sprinkler system, Minister Dr. William Duguid was not satisfied with the safety standard at present.

He was told by Gittens that the fire extinguishers went to be serviced "a week or two now", but the Minister was not pleased that they were not given loaners to use in the interim.

He said for the premises to be currently without fire extinguishers, “at all, that is an issue!”

The one hose at UCAL’s Weymouth workshop was of concern to the Minister too because it could not provide assistance in an emergency to the entire compound.

This concern stretched over to the Fairchild Street Bus Terminal as well. The Minister noted that there was a fire hose at the entrance and at the back entrance of the Terminal but he called for a hose to be placed in the middle, beyond the 50-foot limit of either of the hoses currently in place.

When Loop’s reporter asked about the problem of having only a main entrance and exit and a back exit/entrance, while two other access points remain locked, the Minister beseeched the Terminal Manager George Denny, and charged the Chairman of the Board of Directors of the Transport Board Gregory Nicholls, to look into changing the doors at the unused exits. Denny said that the guards have the keys for the two additional doors, but the Minister deemed that unacceptable considering the high traffic and volume of persons that move through the terminal.

“What I would suggest is that we would have is a kind of fast-exit facility that you can push the door and it would break the lock on it as a matter of urgency, and I would ask that you, Chairman get that looked into that, so that if there is an emergency people can get out quickly. So rather than a locked door, I would ask for that.”

Ministry officials, including the Minister in the Ministry of Transport Works and Maintenance Peter Phillips as well as management officials from the Transport Board toured the Weymouth Compound, Fairchild Street Bus Terminal, Princess Alice Bus Terminal and the Constitution River Terminal this morning.