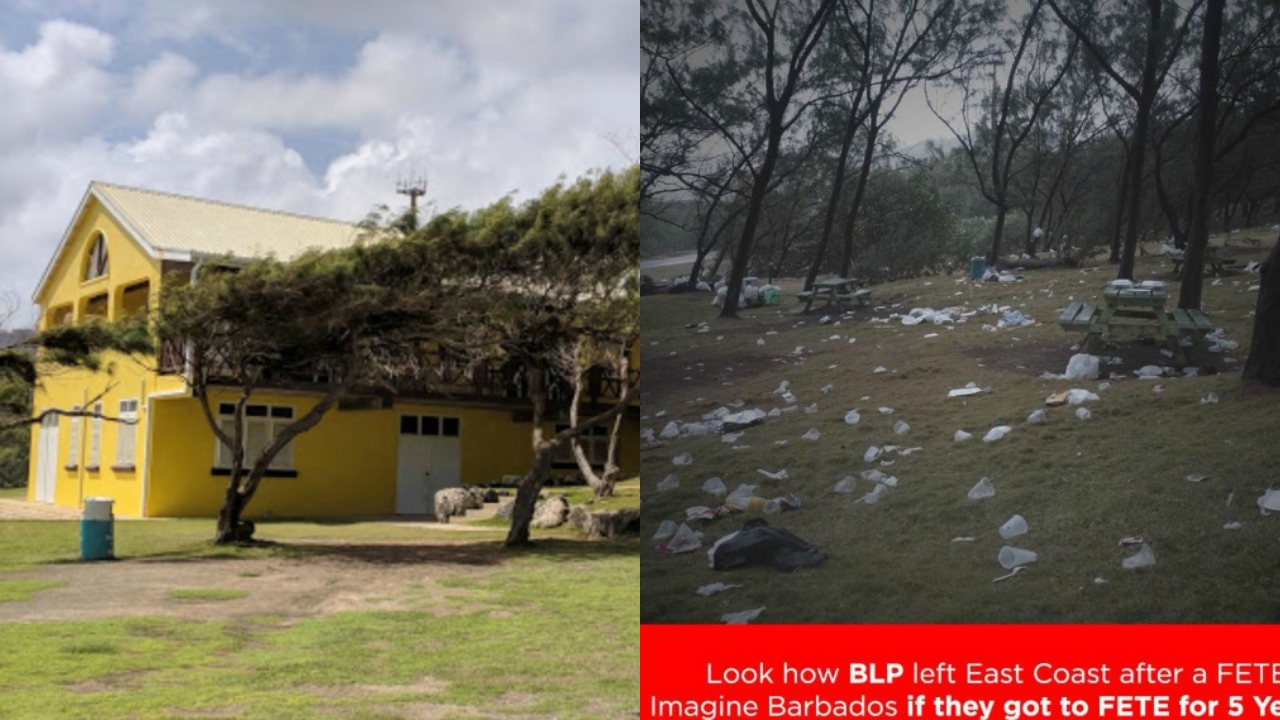 It's the political clash over trash.

Both the Democratic Labour Party (DLP) and the Barbados Labour Party (BLP) promised that they will not be getting nasty during their 2018 General Election campaigns. But there are accusations that this promise has already not been kept... literally.

This round of confrontation between the two political heavyweights surrounds garbage at Barclays Park, following the BLP's Heroes Day picnic. The bout has seen many commentators weighing in, as Barbadians take to social media to draw analogies between this situation and the parties' ability to run the affairs of the island.

The Democratic Labour Party first posted a photo on their Facebook page yesterday with the caption:

"Look how BLP left East Coast after a FETE. Imagine Barbados if they got to FETE for 5 years..." accompanied by the question, "Is this the kind of don’t care attitude what we want leading Barbados?" 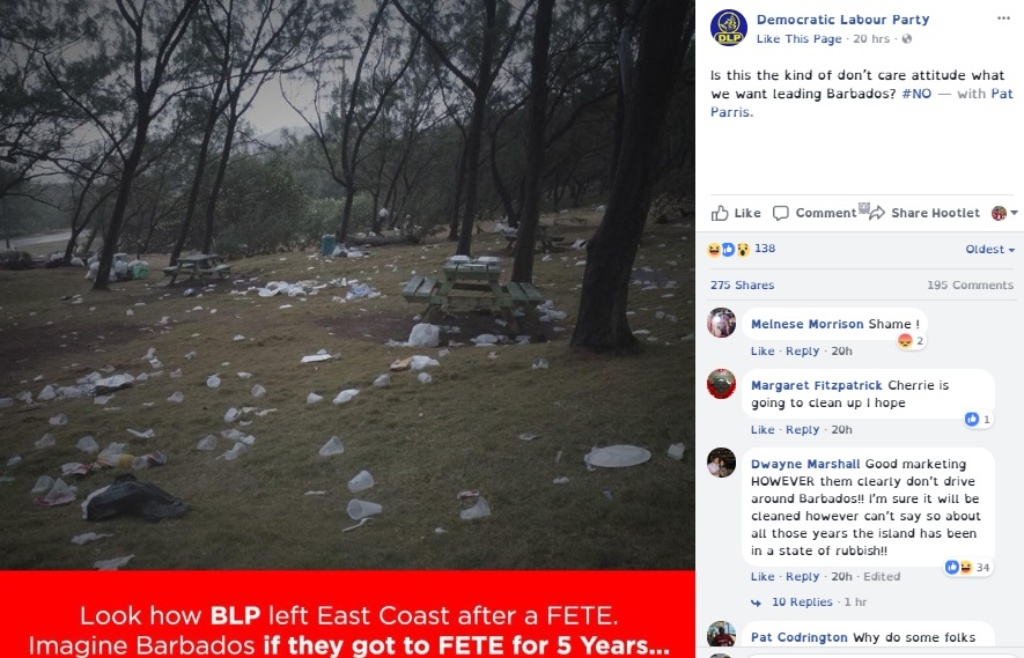 Persons quickly lambasted the BLP over the image of the garbage-ridden park, with some of the over 200 comments blasting "irresponsible" and "shame":

"Ive took many ppl to east coast and who ever is in charge make sure that the area is clean before leaving," one person commented.

This was just the beginning however, as discussion surrounding the cleanliness of the island overall generated much debate:

"Since we are on the topic of the environment. Is there any plan from the DLP to ban the use of styrofoam containers (with special exceptions) by January 1st 2020? Also banning plastic straws and sifting away from plastic shopping bags? In addition strick enforcement of litter laws? Benefits would include; cleaner island, fewer diseases, less flooding, a chance to market Barbados as a "Green" country," one person noted.

Another commenter stated, "...all of this talk but bim has litter everywhere and a sewage problem which the dlp didnt fix all they did was make themselves look like hypocrites"

"This present Government refuse to address the south coast sewage issue, cratered pot holes, dirty schools and hospital...just to name a few, and some of wunna really up in arms over after party litter? So how wunna think East Coast after Party Monarch used to look when the revellers done partying? Clean? Nooooooo. Wake up and deal with real issues man. Stupse," one person stressed.

And the BLP addressed the issue as well, posting on its Facebook page last evening:

"DON'T BE MISLED BY FAKE NEWS

"The BLP paid the NCC to clean up Barclays Park, which they did on Sunday. Overnight someone scattered the garbage that was awaiting collection and they had to go back today to do the job all over again. Drowning men will catch at straws." 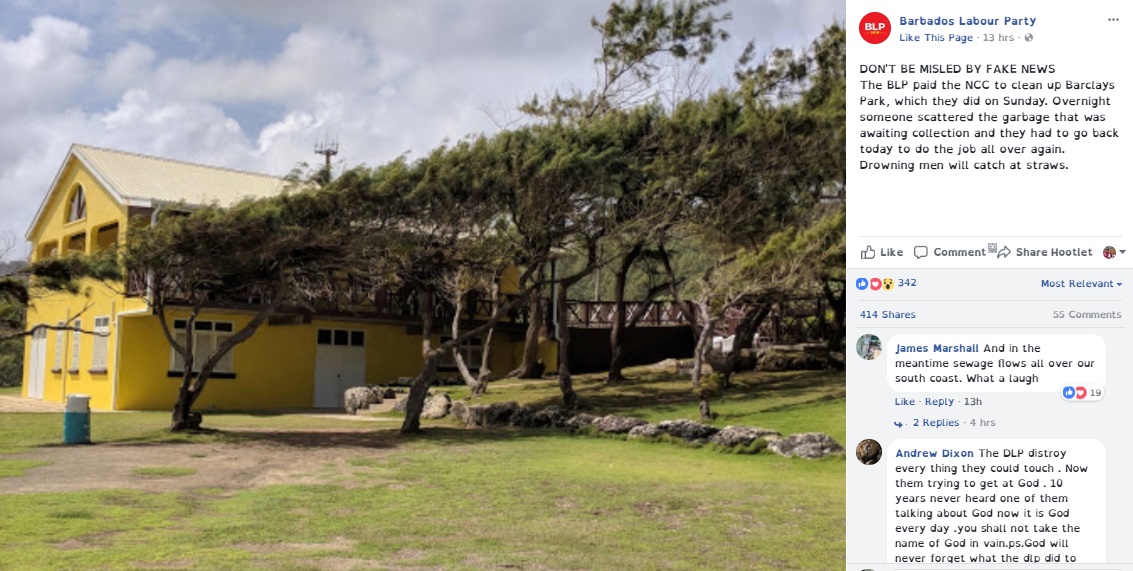 The social media judges will have to decide who won this round, as we look on to the final bell on election day.

Election date, CXC clash not a first for Barbados

Mottley not taking anything for granted in upcoming Election