Tremor brings back frightening memories for many Bajans 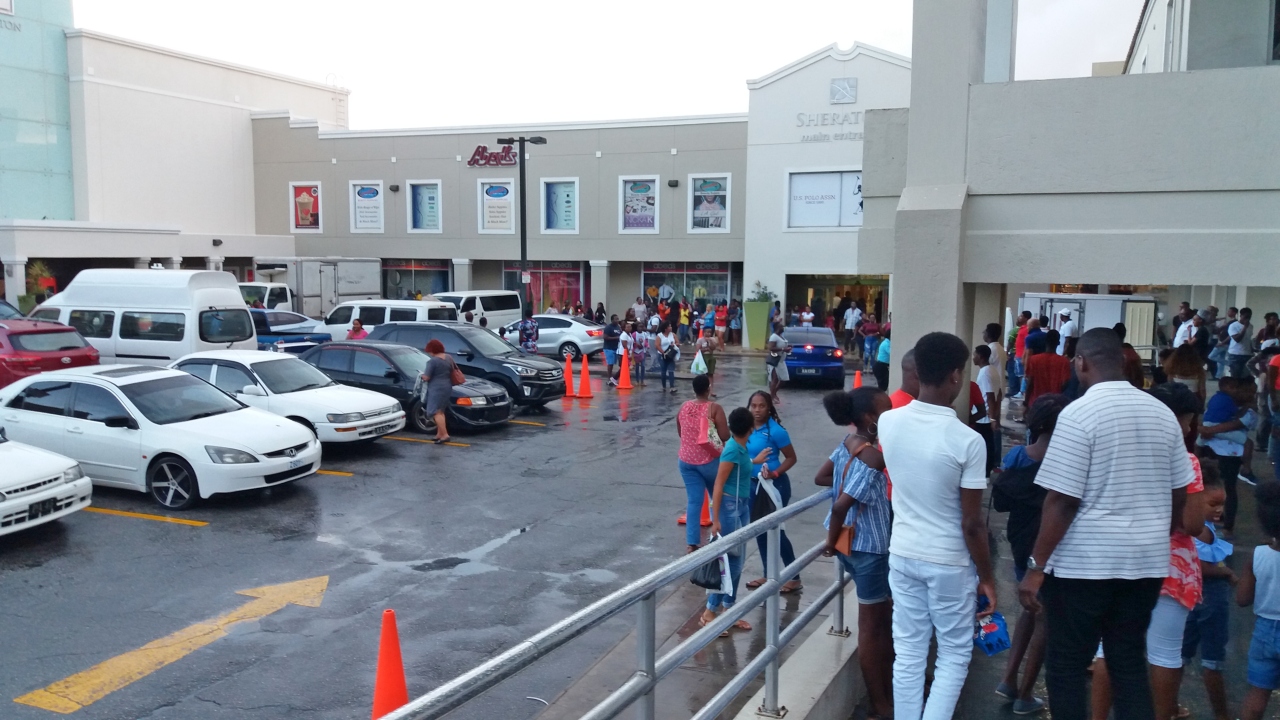 It was supposed to be an evening of fun and relaxation for many at Sheraton Mall yesterday - plans which were soon discovered to be on very shaky grounds.

Young and old wandered around the Christ Church establishment on Tuesday evening, seeking to enjoy the buzz and excitement which kicked into high gear during these last weeks of the summer vacation.

Preeteens and teens could be seen gripping onto the final days of freedom from schools structured walls, while many adults had already left the stress of work behind for the day and were breezing their way around the mall or preparing to escape from the day's reality as they lined up to enter the cinema.

And then it happened!

A strange sensation puzzled many as the earth waved beneath their feet, causing them to simultaneously gallop towards the exits.

And outside those walls of the mall is where Loop spoke to persons, some of whom who could barely utter words after rushing outside.

"I was so scared," was the unanimous sentiment of a group of teens who were hoping to watch a movie later that evening. "I was feeling dizzy and said to the rest, 'wait I ain't feeling too good'. Next thing we feel the ground and dem [sic] was out before me," one girl said while looking at her friends sternly, as they laughed.

When asked if they had a similar experience when a tremor rattled Barbados over a decade ago, most of them could not remember the event.

"We were really young," they declared, while one young man added that, "I still remember it kinda".

He explained that "I never had to wait so long to get picked up from school. My neighbour ended up carrying me home because my mom worked in St James and couldn't get to me at St Stephen's."

While younger persons had difficulties remembering that quake, many adults stated that yesterday's experience was like déjà vu.

"You would not believe that I was right here last time - right here!" Margret told Loop News. "It's so strange, has me feeling strange about coming to Sheraton," she added with a laugh.

"Last time was bad though because of how unexpected it was, so as soon as I felt it today I got scared - I knew what it was one time, so I just grabbed the little girl and run."

"My heart still pumping," one man said. "I had to shout and get all ah we [sic] out," he added while pointing at family members.

"Last time I had to pull she [sic] out the supermarket and now I had a whole five of them to get. I'm just thankful everybody alright [sic], but it was something else," he said while demonstrating how he pulled his wife's hand.

One woman was clearly shaken by the event. She explained that while she had left her bag inside she did not feel comfortable about heading back into the mall:

"Some people are going in, but I will wait. My bag is in there and everything, but my life is more important than that."

When asked if this experience was as dramatic as the previous one she said "no! That was so scary. I was on Broad Street and saw when a piece of the bank fell, which is why I really don't plan to head back in right now."

Did the tremor totally offset your plans yesterday? Let us know what the experience was like for you in the comments section.