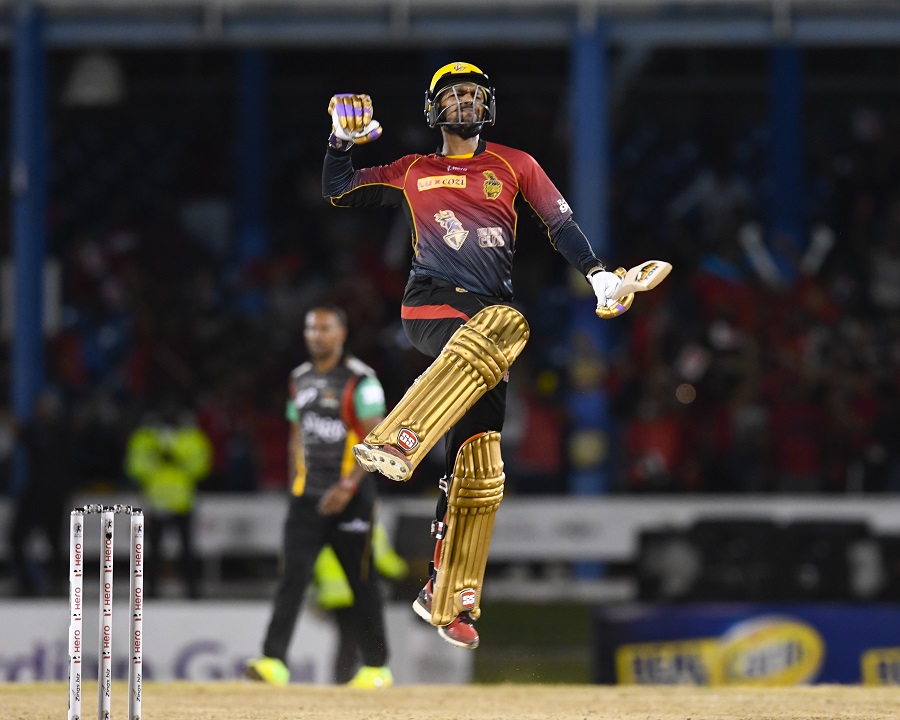 The Trinbago Knight Riders beat the St Kitts and Nevis Patriots by three wickets in a thrilling final of the 2017 Caribbean Premier League.

Batting first, the Patriots lost big hitters Chris Gayle and Evin Lewis to slump to 37/3 before Carlos Brathwaite’s 30 pushed the score to a gettable 135/6.

Sheldon Cottrell’s double strike in his opening over put the Knight Riders on the backfoot immediately before Mohammed Hafeez removed Colin Munro and Darren Bravo off successive overs.

The Knight Riders run-chase was in tatters at 90/7, but Denesh Ramdin held the innings together with 26 off 31 balls and Kevon Cooper hit a flurry of boundaries late to clinch victory in front of a delirious partisan crowd at Tarouba.

The victory was sweet revenge for the Knight Riders, who had won eight of their 10 preliminary matches before a humiliating loss to St Kitts and Nevis Patriots in the first play-off on Tuesday.

The Patriots, despite the loss, could hold their heads up high as their appearance in the 2017 finals comes after a 2016 season when they finished last with only two wins in 10 matches.