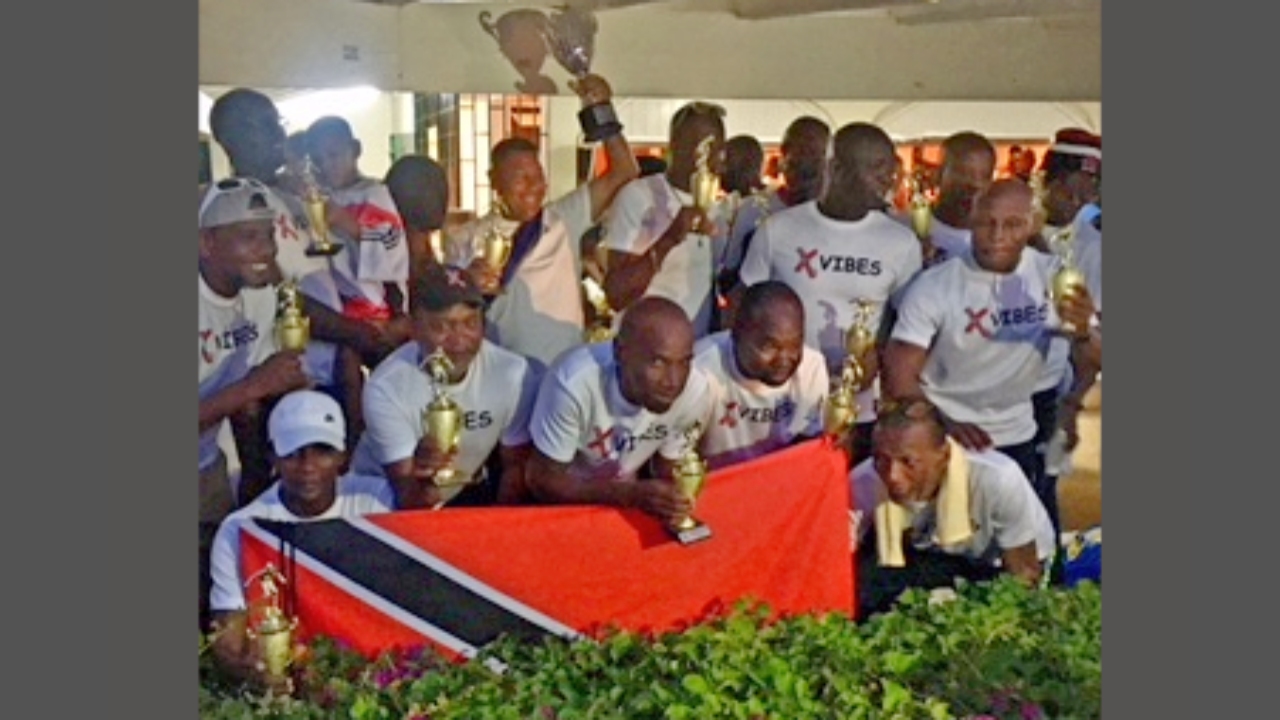 They came, they sought, and they conquered!

After four days of fun, fete and football, X-men and Era Masters reigned supreme in the competition’s Over 50s and Over 40s category respectively.

One of the most consistent attendees of the tournament, the X-men repeated as Over 50 champions after a courageous challenge from first-timers Pele Masters FC, of the United States.

At the end of regulation time, the scoreline was 1-1 but X-men showcased their experience to emerge winners in the penalty shootout 4-2.

In the grand finale, it was a clash between local master powerhouse Bayland Masters and the best of Trinidad &Tobago; Era Masters.

Era were too much for Bayland Masters to handle as the guest won convincingly 4-0.

Marlon Yearwood opened the scoring in the 29th minute with a fine piece of skill.

Yearwood received a pass in the Bayland Masters penalty area, took it precisely on his thigh and swiveled to volley the ball off the underside of the crossbar, off the back of goalkeeper Morrison Taylor and into the net.

The second half was all one-way traffic as the “Trinis” went into high gear.

Mark Moss doubled the lead in the 43rd minute; bullying his way pass a host of Bayland defenders ahead of a corner kick and powerfully heading the ball into the top right-hand corner.

Before the local boys could settle and figure out what had occurred it was 3-0 two minutes later.  Former St Lucia national midfield maestro Earl John curled his left footed shot from just outside the area, beyond the right arm of Taylor.

Roger Henry struck the final nail in the coffin in the 50th minute with a fine solo run down the left-hand side, which resulted with a confident finish from 12 yards out, pass the helpless Taylor.

Earlier in the evening Toronto Football Club of Friends won the Over 50 plate final 2-0 over Carlton ATP, while Violet Tourers of Jamaica won the Over 40 equivalent 3-1 against Pride of Gall Hill.

Wildey and Wadadah to face off in masters football clash