Skip to main content
Breaking News |
Smooth Common Entrance at Deighton Griffith according to officials
Coronavirus cases in the Caribbean as of July 14 at 12 pm: 68,326
Drake creates a buzz in Barbados with one word on his Instagram
11 Tips for the 11-Plus candidates
UN: Pandemic could push tens of millions into chronic hunger
Antigua and Barbuda to create regional travel bubble
Body found in search of lake for 'Glee' star Naya Rivera
Health Visa needed for travel to The Bahamas
Rapper Drake touches down in Barbados
85 per cent of passengers on 1st commercial flight pretested for COVID 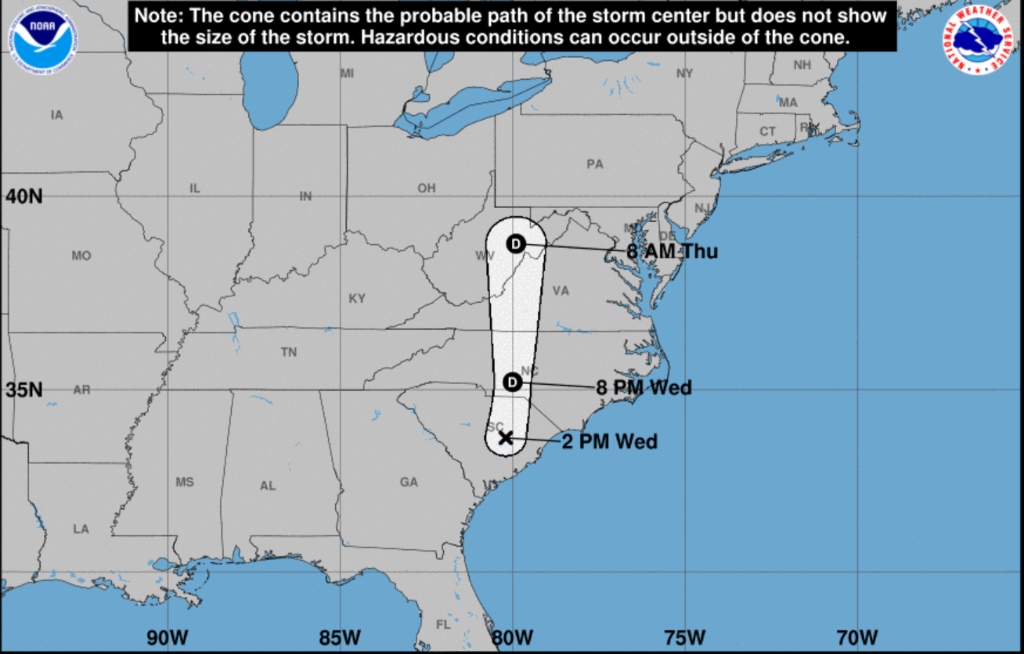 Tropical Storm Bertha has been downgraded to a Tropical Depression.

At 2 pm, the centre of Tropical Depression Bertha was located near latitude 33.7 North, longitude 80.2 West.

According to the US National Hurricane Centre, Bertha is moving toward the north-northwest near 15 mph (24 km/h). This general motion is expected to continue through tonight, followed by a turn to the north along with an increase in forward speed on Thursday.

On the forecast track, Bertha will move across northern South Carolina later today and into central North Carolina by tonight.

There has a been a drop in the wind speeds associated with Bertha as well. The maximum sustained winds have decreased to near 35 mph (55 km/h) with higher gusts mainly along the coast to the east of the centre.

Additional weakening is forecast during the next 48 hours, and Bertha is expected to become a remnant low tonight.

Tropical Storm Bertha formed this morning (May 27) off the coast of South Carolina, becoming the second named storm before the official start of this year's Atlantic hurricane season.

A tropical storm warning has been issued for South Carolina's coast and the storm was expected to bring heavy rainfall, the US National Hurricane Center (NHC) said.

Bertha's maximum sustained winds were near 45 mph (75 kph) but it was expected to weaken to a tropical depression after moving inland. The storm was centred about 30 miles (50 kilometres) east-southeast of Charleston, South Carolina, and was moving northwest near 9 mph (15 kph).

Earlier this month, Tropical Storm Arthur brought rain to North Carolina before moving out to sea.

This is the sixth straight year that a named storm has developed before June 1, the official start of the Atlantic hurricane season.

Tropical Storm Arthur spins out to sea, will drench Bermuda

Guyana’s disputed elections back in court