Hurricane Centre spokesman: No such thing as 'just a tropical storm' 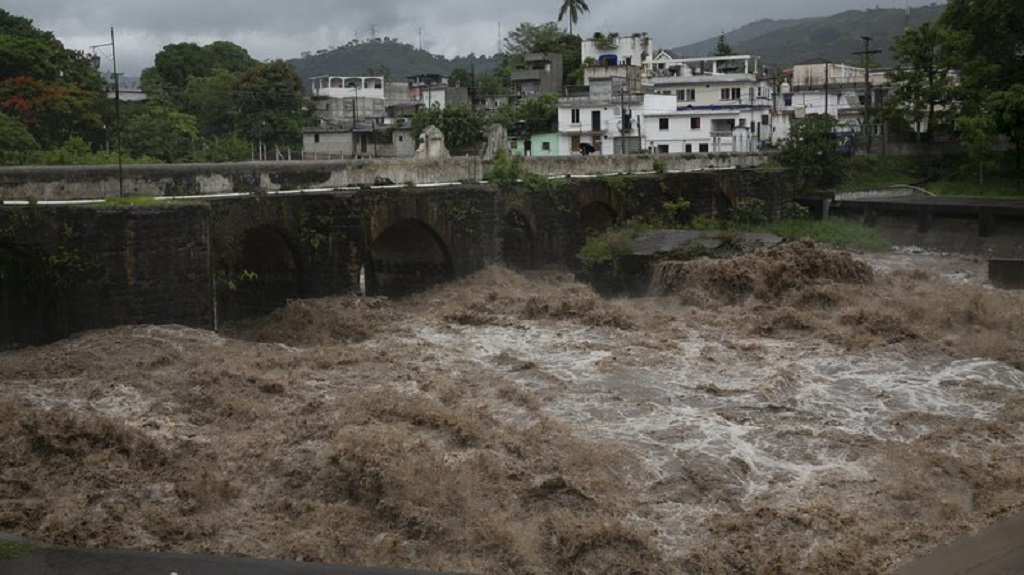 Cristobal was the earliest third named storm of an Atlantic hurricane season on record; in 2016, Tropical Storm Colin formed in the Gulf on June 5.

The US National Hurricane Center said Cristobal was now expected to dip inland along the Mexican coast near the low-lying, flood-prone city of Ciudad del Carmen and meander there for a couple of days. That could pump a huge amount of water into coastal lagoons behind the city.

Police in Campeche state, where Ciudad del Carmen is located, said they have already closed several highways because of flooding.

By Friday, the storm is expected to make a northward turn and head towards the US Gulf coast, where the Hurricane Center said: "there is a risk of storm surge, rainfall, and wind impacts this weekend along portions of the US Gulf Coast from Texas to the Florida Panhandle."

By late Tuesday, Cristobal was centred about 50 miles (75 kilometres) northwest of Ciudad del Carmen, and the Hurricane Center said the storm was heading to the south at 1 mph (2 kph).

It is unclear whether interaction with land in southern Mexico could weaken the storm, and how much wind shear in the Gulf might prevent it from strengthening again. Cristobal's winds could build to 65 mph (105 kph) when it moves toward the US Gulf Coast over the weekend.

While that would remain tropical-storm strength, Dennis Feltgen, a spokesman for the National Hurricane Center, urged Gulf Coast residents to keep an eye on Cristobal, noting "there is no such thing as 'just a tropical storm'."

A tropical storm warning was in effect across the southern arc of the Gulf from Campeche to the port of Veracruz, though the biggest effect was likely to be rainfall accumulations of 10 to 20 inches (25 to 50 centimetres), and even more in isolated areas.

That poses a special risk to the Pacific coastal areas of southern Mexico, Guatemala and El Salvador, which were already drenched.

Cristobal formed from the remnants of the Eastern Pacific's Tropical Storm Amanda, which killed at least 17 people as it moved across El Salvador and Guatemala over the weekend.

Because Amanda broke up after crossing over Guatemala and El Salvador into the Gulf, where Cristobal formed, it is not technically a "cross-over" storm that moved from the Pacific to the Atlantic, though that has occurred in the past.

But Amanda and Cristobal will soak some of the same areas, Feltgen noted.

"Unfortunately, the rain is falling in the same general area," said Feltgen. "There are areas that will probably be measuring the rain in feet, not inches. ... That is catastrophic."