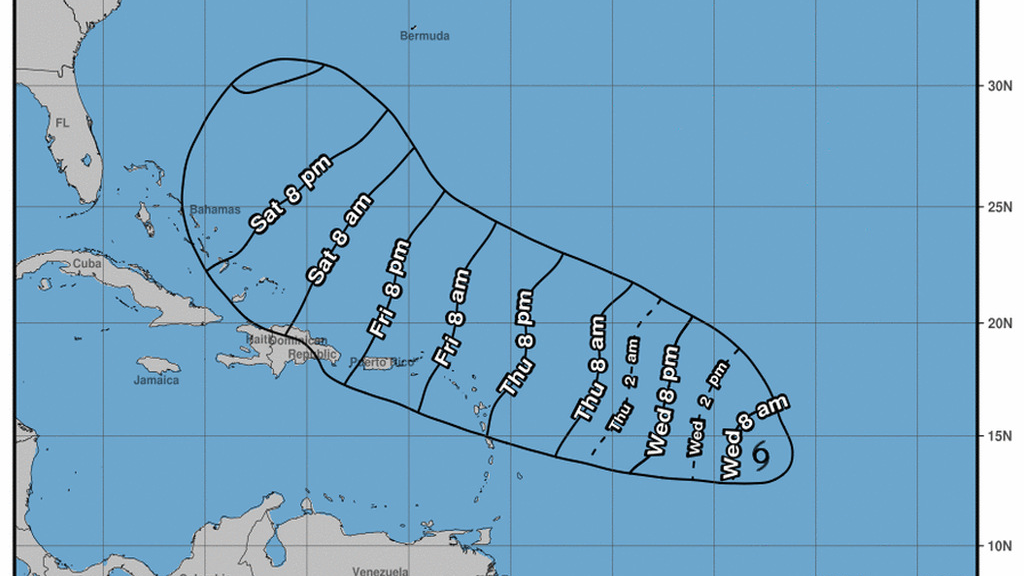 Tropical Storm Jerry has formed in the Atlantic.

The Tropical Storm is the 10th named storm of the season.

According to the National Hurricane Centre, TS Jerry, as of 5 am, was located near latitude 14.1 North, longitude 47.7 West.

Jerry is moving toward the west-northwest near 13 mph (20 km/h).

A west-northwestward motion at a slightly faster forward speed is expected over the next few days.

The NHC said on the forecast track, the system will be near the northern Leeward Islands Thursday night or Friday.

Maximum sustained winds have increased to near 45 mph (75 km/h) with higher gusts. Further strengthening is forecast during the next couple of days, and Jerry is expected to become a hurricane by the time it moves near the northern Leeward Islands.

Tropical-storm-force winds extend outward up to 45 miles (75 km) from the center.

As shock wears off, mental health concerns grow in Bahamas