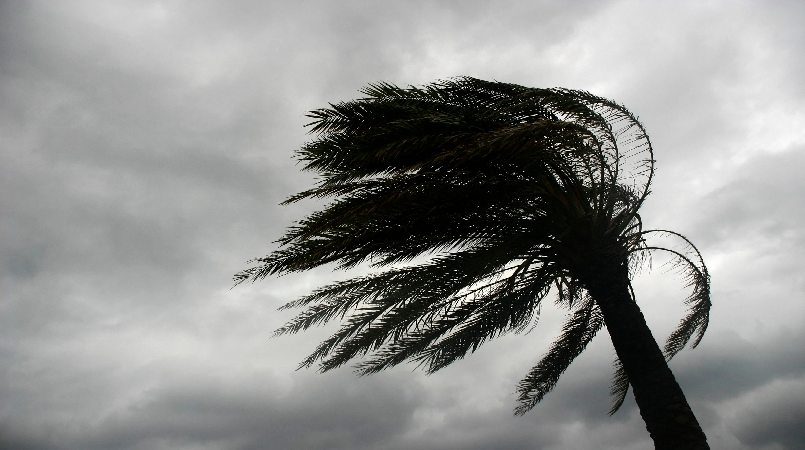 Tropical Storm Karen has formed just east of the Windward Islands and has sustained winds of 40 mph.

According to the Acting Director of the Barbados Meteorological Service, Sonia Nurse, the strong tropical wave and accompanying area of low pressure which were being monitored over the past couple of days, was upgraded to Tropical Storm status by the National Hurricane Center in Miami.

Tropical Storm Karen, the 11th named system of the 2019 Atlantic Hurricane Season, at 5 am, was located near 11.9N, 60.2W or about 100 miles, just about 160 km south-west of Barbados, with maximum sustained winds of 40 mph or 65 km/h, the storms present movement is to the west north at 9mph. Its minimum central pressure stands at 1005 mb.

“The centre of the system is already 100 miles south-west of Barbados and on this forecast track, it does not pose any direct threat to Barbados. However, the brisk surface winds of 25 to 30 knots or 45 to 55 km/h, with frequent higher gusts, which were observed during the night, will continue to affect the island for at least another six to 12 hours.

“Thus, a Wind Advisory is now in effect. A Wind Advisory is issued when sustained winds of 25 to 33knots or 47 to 61 km/h are affecting or forecast to affect the land area, in this case, within the next 12 hours. Pockets of moderate to heavy showers are still anticipated across Barbados with rainfall accumulations of 25 to 75mm or 1 to 3 inches possible as the system tracks west-northwestwards into the Caribbean Sea.,” Nurse said in a statement early on Sunday morning.

Tropical Storm Karen has also been forecast to generate east southeasterly to southerly swells of 3.0 to 4.0m, that’s roughly 10 to 13 feet. As a result, a High-Surf Advisory and Small-Craft Warning also remain in until 6:00 am tomorrow, Monday, September 23.

A High-Surf Advisory is issued when breaking wave action poses a threat to life and property within the surf zone. A Small-Craft Warning means in this case, that wind-speeds of 25 to 30 knots or 45 to 55km/h and or seas greater than 3m or 10 feet will be affecting the marine area.

“Tropical Storm Karen is forecast to turn toward the northwest on Monday, followed by a turn toward the north on Tuesday. On the forecast track, Karen will move across the southern Windward Islands this afternoon and tonight, and emerge over the south-eastern Caribbean Sea Monday morning,” Nurse added while noting that information will be updated if conditions warrant.