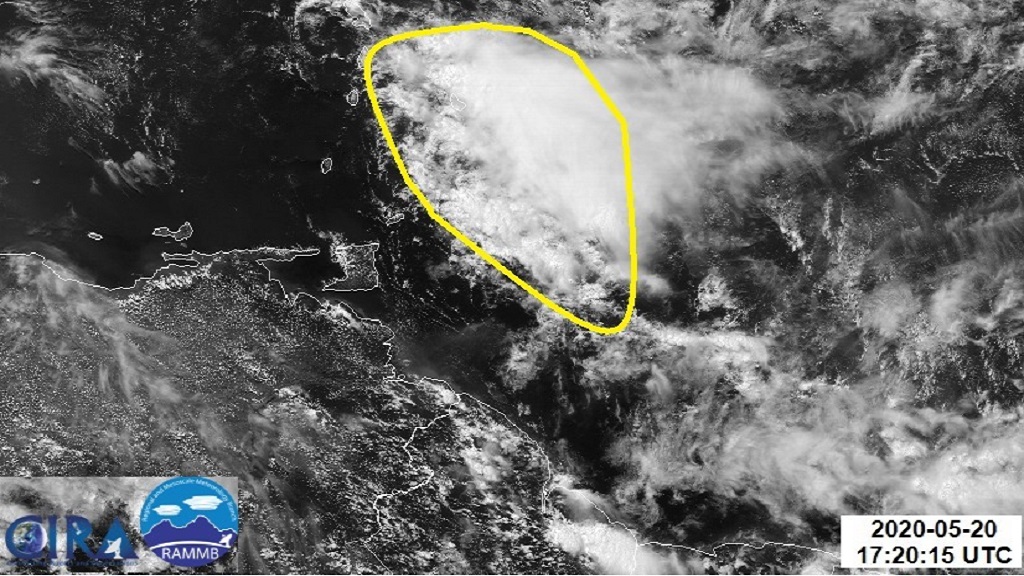 Tropical wave and the Caribbean island chain on May 20, 2020 (FILE)

A tropical wave is approaching Barbados and will be impacting the island over the next 24 hours.

According to the Barbados Meteorological Service (Met Office), Barbados and the Caribbean island chain will be under the influence of the surface to low-level Atlantic high-pressure system tonight. As a result, fair to partly cloudy skies with a few isolated showers can be expected.

But, a tropical wave which was analysed at 56W will be approaching the southern Windwards. It is moving northwestwards at 10 to 15 knots.

Further south, this tropical wave affected the Guianas as it generated some showers and isolated thunderstorms.

Tomorrow, Tuesday, May 26, this tropical wave will be affecting Barbados and the southern Windwards generating cloudy skies and some scattered showers.

It is also likely that there maybe be sporadic areas of deep convection, especially across the southern Windwards. Meanwhile, the northern Leewards will observe similar conditions as a confluent pattern resides across the area. Elsewhere will enjoy more fair weather conditions.

US NHC monitoring weather system near The Bahamas