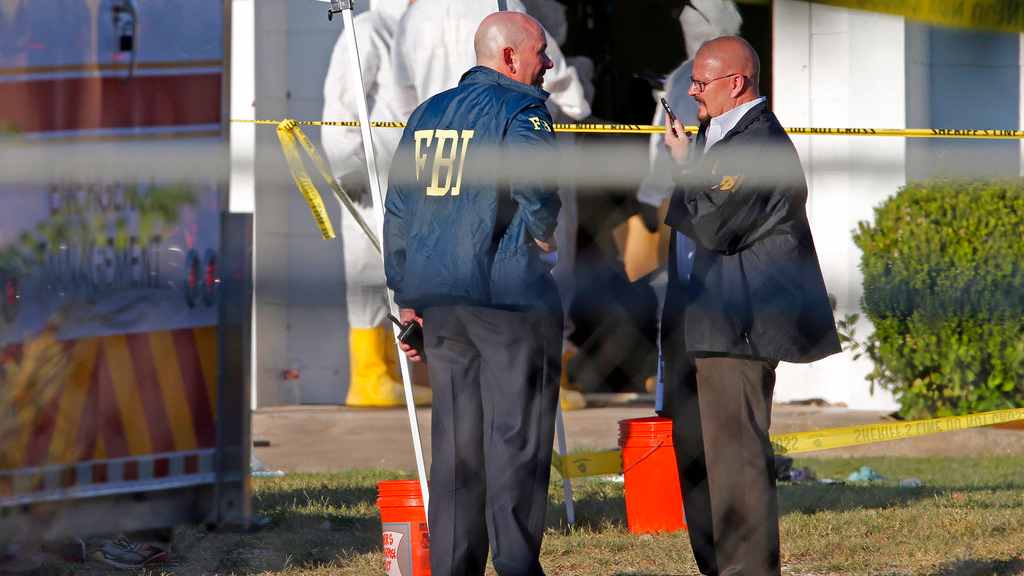 President Donald Trump says the mass shooting at a Texas church is the result of a "mental health problem at the highest level."

Speaking at an event with the Japanese prime minister in Tokyo on Monday, Trump described the gunman as a "very deranged individual."

Authorities say 26 people were killed and about 20 others were wounded Sunday after a man opened fire inside the First Baptist Church in Sutherland Springs.

Officials identified the shooter to The Associated Press as Devin Kelley.

Authorities have not yet determined a motive for the shooting, and have not broached the topic of the gunman's mental health.

A congregant who wasn't at a Texas church when a gunman opened fire says his pregnant cousin and her in-laws were among those killed.

Nick Uhlig tells The Associated Press that his cousin Crystal Holcombe and her in-laws Karla and Bryan Holcombe died in Sunday's attack at the First Baptist Church in Sutherland Springs. Crystal Holcombe was eight months pregnant.

Uhlig says Bryan Holcombe did prison ministry, adding that he would go to the prison with a ukulele and sing for the inmates.

Uhlig earlier said that he was not at church on Sunday because he was out late on Saturday.

Authorities say 26 people were killed and about 20 others wounded in the mass shooting.

A sheriff says there was likely "no way" for parishioners to escape once shooting started at the Texas church.

Wilson County Sheriff Joe Tackitt Jr. said Sunday night that the shooter fired several shots outside before entering the Sutherland Springs church and walking toward the front of the congregation. Tackitt says the gunman then turned around and opened fire on his way back out the front door.

Tackitt says "I don't think they could have escaped. You've got your pews on either side."

The sheriff did not name the shooter, but officials identified the gunman to The Associated Press as Devin Kelley.

Tackitt says investigators have not yet determined a motive for the attack.

A man who says he pursued the gunman in a Texas church shooting says he was acting on instinct to try to prevent the suspect from escaping.

Johnnie Langendorff says in an interview with KSAT television that he was driving past the church Sunday as the shooting happened and he saw the gunman exchanging fire with a member of the community.

He says the member of the community asked for help and got into Langendorff's truck. They took off at high speed in pursuit of the gunman on a nearby highway as police were going in the opposite direction toward the church.

Langendorff says the gunman eventually lost control of his vehicle and crashed. He says the member of the community walked up to the vehicle with his gun drawn and the suspect did not move. The community member stood guard over the gunman until police arrived 5 to 7 minutes later.

Langendorff says: "I was strictly just acting on what's the right thing to do."

The shooting left 26 people dead and about 20 wounded.